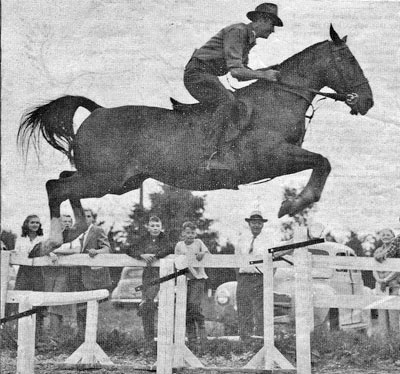 Airflow was never meant to be a jumper. Unattractive, solid and with a HUGE, square head, he wasn’t one for the show ring either. He started out as a military troop mount for the 121st Calvary Troop in 1931. But one day, he just happened to soar over a jump at the armoury and his fate was sealed, his future forever changed. He became a showjumper, and an excellent one at that. But his road to success was not all smiles and roses. In 1938, after completing the jumping course at the New York State Fair Coliseum, Airflow mistook the exit-gate for a jump and cleared the seven-foot (2.1 metres) gate with ease. But that wasn’t the issue. The problem was that on the other side of this gate was a cement incline. When Airflow hit the incline, he broke his neck, back and right front leg and lay unconscious for two hours. The situation looked dire, the injury horrific, but just when the Calvary masters were looking to put him down, Airlow opened his eyes. Against all odds, after eighteen months of grueling therapy he made a miraculous recovery (one of the few, if any, documented horses in history to recover from such an injury). 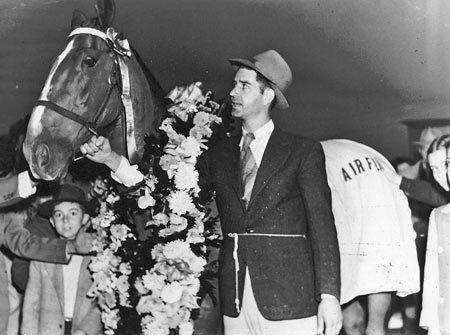 In 1941, a man by the name of Charlie Lucas assumed ownership of Airflow and slowly began to train him to jump again. In the years that followed, Airflow became widely known and respected on the equine circuit. People would travel from all around America to see him jump. He would clear jumps over two metres with room to spare and was eventually named the New York State Champion Show Jumper in the 1940s. At a time when the world was in the dark depths of war, Airflow gave the people of America reason to smile. I don’t think you could ask for anything more than that.

A true equine miracle don’t you think globetrotters? I would love to hear of other amazing comeback stories you might have heard of. Please feel free to share them below.