Staged at the Louisiana State Penitentiary, the Angola Prison Rodeo is the longest running prison rodeo in the United States, getting its start in 1965. Held on one weekend in April and on every Sunday in October, thousands of visitors enter the prison complex to watch the spectacle unfold. Proceeds from the rodeo cover its expenses and supplement the Louisiana State Penitentiary Inmate Welfare Fund, which provides inmate educational and recreational supplies. The objective of the Angola Prison Rodeo is to provide the prison population with an opportunity for positive behaviour changes.

The inmates volunteer to take part in the various events, and in return earn prize money and time to see their families. Most view it as a reward and privilege. This event is not without controversy however, as some people view it as the exploitation of prisoners. 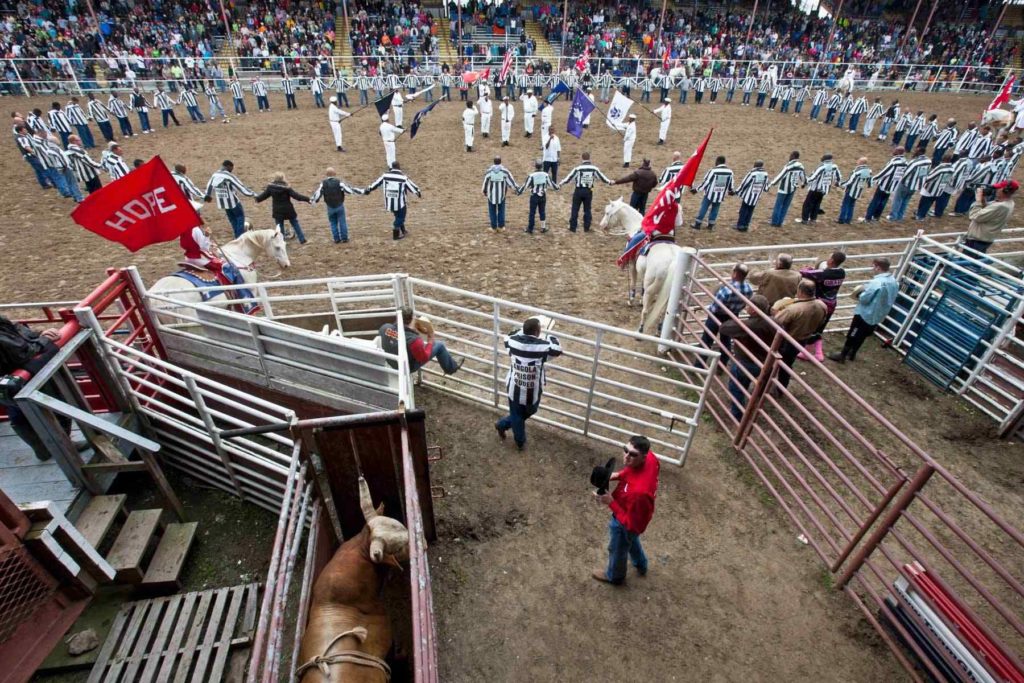 When the Angola Rodeo first began in 1965, it was only staged for the entertainment of prisoners and employees. However it grew each year and in 1967, it was opened to the general public. As the years passed, the rodeo began adding more events and gained sponsorships. The official Professional Rodeo Cowboys Association rules were adopted in 1972 and the rodeo became a permanent fixture.

Various prisoner organisations sell food at concession stands, with prison guards conducting the financial transactions. An Arts and Crafts Festival is also part of the prison rodeo, with all the products created by inmates. This all-day extravaganza sees many fans coming to the rodeo for the arts and crafts show alone!

Does this sound like something you would like to go and see Globetrotters? Just a handy tip: if anyone asks if you’d like to participate in a round of convict poker, run like hell!