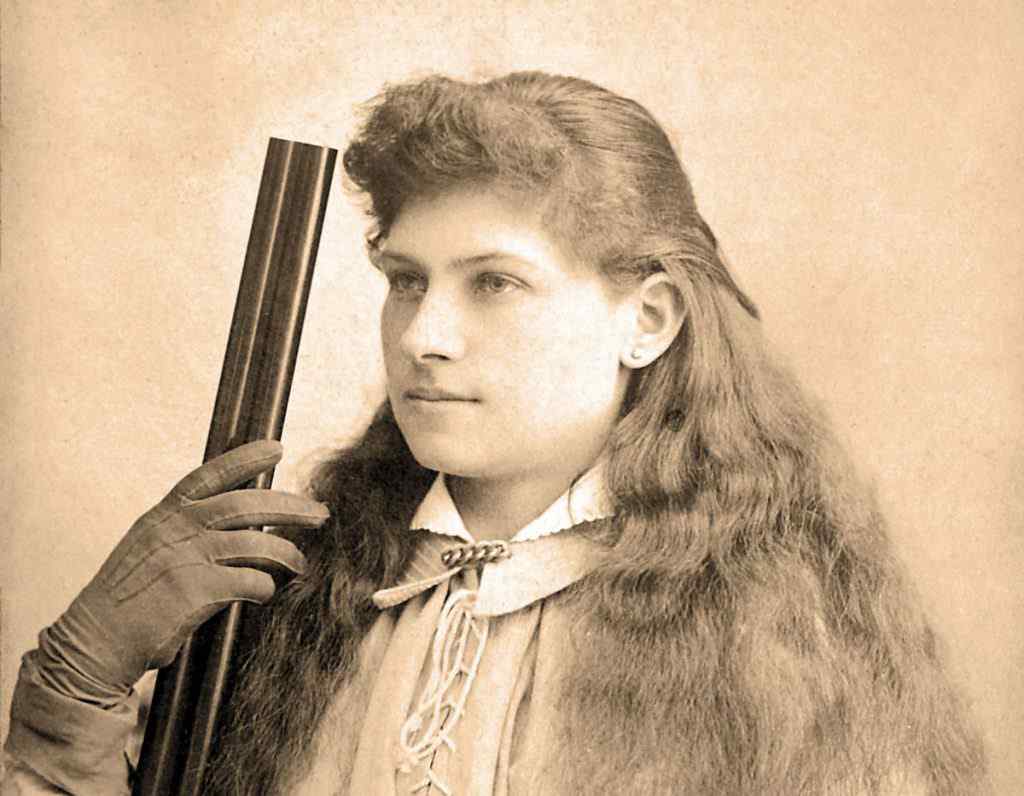 Annie Oakley, (born Phoebe Ann Moses Butler), was one of America’s greatest sharpshooters and stars of the Wild West. Born into poverty in Ohio, Annie taught herself to shoot to help feed her family, selling the game to local shops and restaurants. Rumour has it she could shoot the head off a running quail when she was just twelve!

Word of her talent spread and in 1875 when she was fifteen, Annie was invited to participate in a shooting contest against well-known marksman Frank Butler. Apparently Frank laughed when he heard of his opponent, but Annie won the contest, and in doing so, the love of Frank.

Annie and Frank married in 1882 and both joined Buffalo Bill’s Wild West Show in 1885. Annie was the only female performer and the star of the show. Audiences were mesmerized. She could shoot off the end of a cigarette held in her husband’s lips, hit the thin edge of a playing card from 30 paces away, and shoot distant targets while looking in a mirror! She would also shoot holes through cards thrown into the air before they landed. Annie Oakley even performed in front of royals including Queen Victoria of England and Kaiser Wilhelm II of Germany – and shot a cigarette out of the Kaiser’s mouth!!!

Annie and Frank toured with Buffalo Bill’s Wild West Show for close to twenty years. Even after they left and opted for a quieter life, Annie continued to set shooting records…even in her 60s, showing she had lost none of her skills when she shot 100 clay targets in a row during a shooting contest at the age of 62!

Annie Oakley was also a pioneer who campaigned for women’s rights. She is thought to have taught more than 15,000 women how to use a gun as not only a form of physical and mental exercise, but so they could defend themselves.

Following her death in 1926, Annie Oakley was inducted into the National Cowgirl Museum and Hall of Fame in Texas.

Well there you have it globetrotters, quite possibly the best female shooter there ever was and ever will be. And to think she picked up her father’s rifle and started shooting in order to feed her family! A true heroine!