Every ANZAC Day we stop to remember those who gave their lives in battle, and there are many different kinds of commemorative services held across Australia. But one in particular caught my attention, and that’s the Aranda Tribe Ride for Pride.

In a remote Aboriginal community in the Aranda country of central Australia, there is a small school unlike most others. As is such in many remote communities, Ntaria School faced extremely poor student attendance. But their solution to combat this problem is what drew us right in – they introduced horse training into the school curriculum! According to Chris Barr, a teacher and the horse trainer at the school, the horse course helps students re-engage and has seen 90% attendance among the children enrolled in the past year alone. The students are writing stories about the horses as part of their schoolwork, featuring them in their artworks and some are even going so far as to film their rides as part of their course requirements!

The course sees students learn to train and ride brumbies while gaining a certification in agriculture, rural operations or tourism. It’s open to all senior students from Years 9 to 12 and gives the students something to look forward to, teaching them far more than what can be evaluated in a test.

A few years ago the students met Indigenous man Raymond Finn, whose grandfather served in the Australian Light Horse Infantry. Raymond taught them about the role that Aboriginal and Torres Strait Islander soldiers played in the Light Horse Infantry in World War One and the students were keen to honour these Indigenous soldiers. And so, the Aranda Tribe Ride for Pride was born. 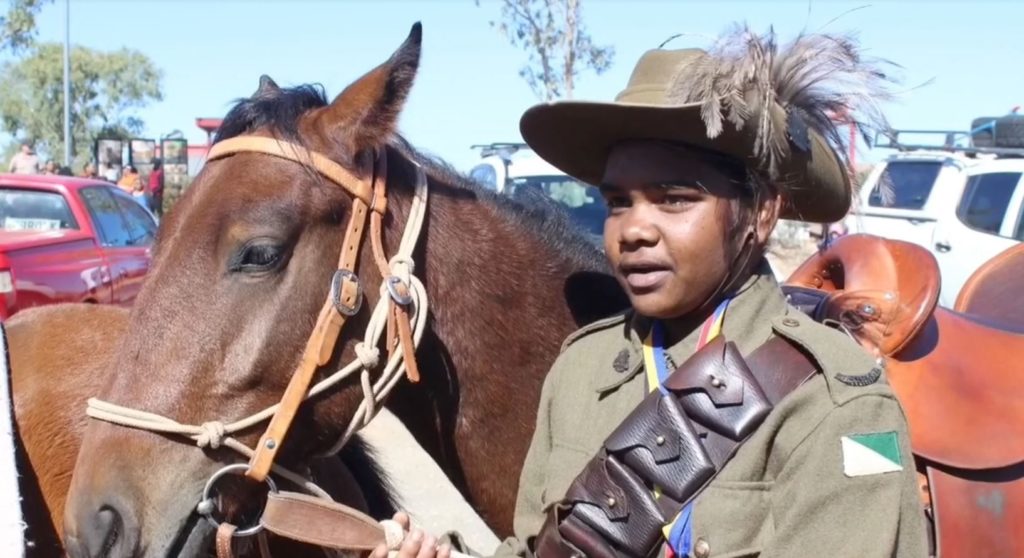 Last year (2017), 36 students took part in the ride, travelling over 120 kilometres from Ntaria to Alice Springs to take part in the ANZAC Day Parade in Alice Springs. The 7-day journey involved students taking it in turns to ride the horses or walk alongside, and camp out under the stars each night. A support crew of non-riding students went with them, learning and working with Indigenous rangers along the way.

What a marvellous idea don’t you think globetrotters? These students would no doubt get to experience a huge level of pride having played their part in such an incredible commemorative service and this story once again demonstrates the special bond shared between horses and humans. Truly heart-warming!