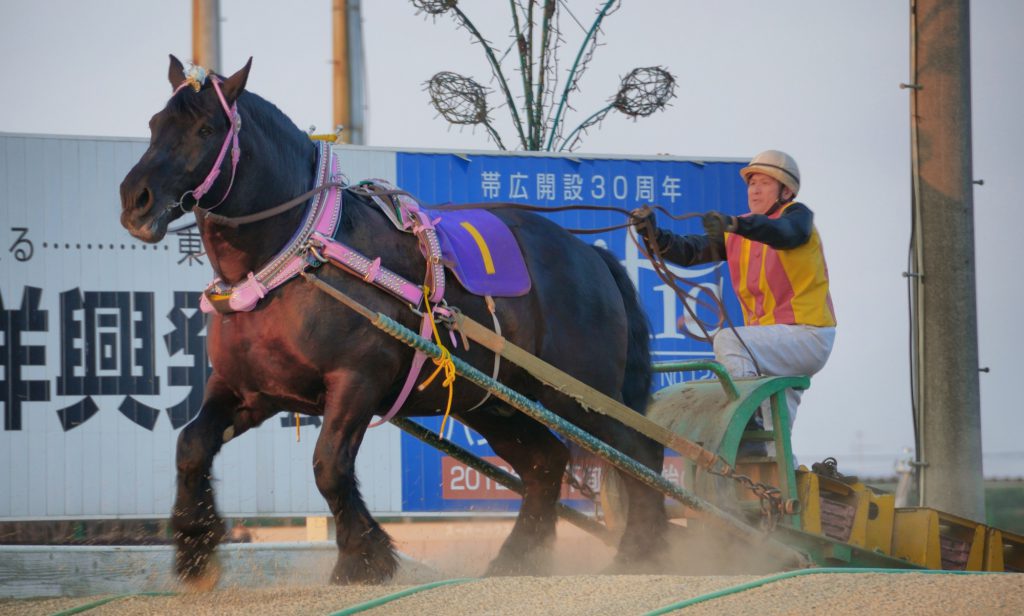 Horse racing is a popular pastime in Japan, with top jockeys being revered culturally and reaching an almost celebrity-like status. So it’s no surprise that the Japanese have created a form of racing unique only to them – Ban’ei racing! An important part of Japanese culture, Ban’ei racing involves draft horses pulling weighted sleds up sand ramps in a test of speed, endurance and strength.

Originating in a region of Hokkaido, farmers wanting to test the abilities of draft horses would pit two horses against each other in a pulling competition. These informal meets were eventually organised into Ban’ei races in 1946. Like most horse races, Ban’ei racing is not without its criticisms, many believing the competition to be cruel to these draft horses who strain against their weighted sled. However, the sport still prevails, albeit only in the district where it began.

So how does it work? Two draft horses (often Percherons, Bretons or Belgian Draught Horses) form a team and pull a Sori, which is a heavy sled. A jockey sits atop the Sori to steer and encourage the horses on. The weight of the sled is determined based upon handicap and can be anywhere between 450kg to 1 tonne in weight! The age of the horse and their pulling history determines how much weight they can pull. Two sand ramps are also spaced along a 200m track, the second higher than the first. 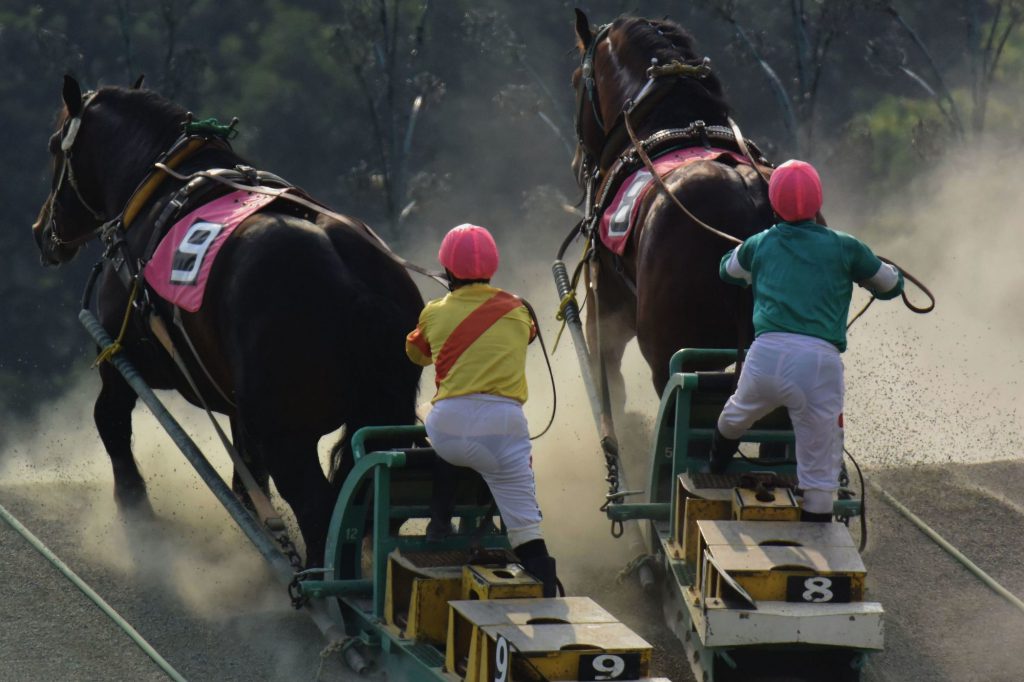 The jockey actually plays a key roll in Ban’ei racing. Unlike other forms of races, there isn’t always continuous movement, the horses often having to pause to catch their breath or gain better footing. The jockeys can choose to rest in between each ramp, or to power through both in one burst of energy. One big push for both ramps is obviously faster than stopping to rest, but often pushing the horses too hard will set the team back if they lose endurance and power over the second and higher ramp.