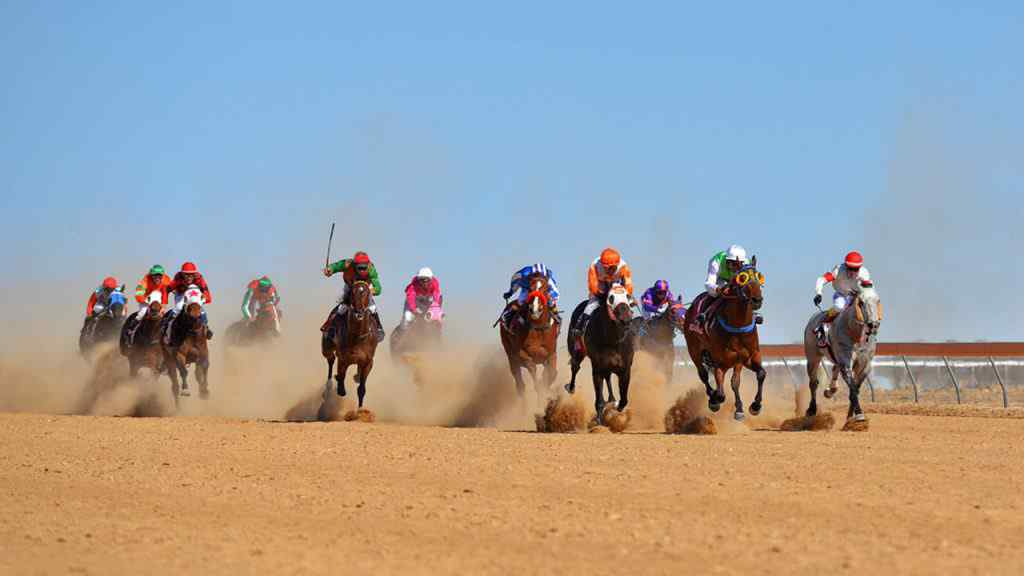 On the first Saturday of September, the two-horse town of Birdsville gears up for one of Australia’s most iconic race meets, the Birdsville Races. Located some 1,600km inland from Brisbane, Queensland, Birdsville is an incredibly remote place. But more than five thousands hardy souls make the trek each year for one hell of an outback shindig.

Featuring thirteen races including the world-renowned 1600m Birdsville Cup, it is perhaps the off-track revelry that is most entertaining and enticing to spectators. Like any good race meet there’s three days of live music, fashions on the field, food vendors serving up good Aussie tucker and of course bars with beer on tap and wine aplenty.

The very first race meeting held at Birdsville took place in 1882 and was attended by 150 station owners, managers, stockmen and other employees. Nearly 200 pounds was raised by public subscription. The settling took place in Mr Tucker’s hotel, where the amounts were paid over to the respective winners, toasts were made and after which a meeting was held. A jockey club was formed with forty-two names being enrolled as members and the next race meeting fixed for the following year. With the exception of a period during WWII, the Birdsville Races have only every been cancelled on one occasion, when the outbreak of Equine Influenza in 2007 saw a complete ban on horse movement. Despite the horse races being cancelled on this occasion, the entertainment and festivities continued throughout the weekend.

Have you been to the iconic Birdsville Races globetrotters? We would love to hear your stories and memories so please share!