Undefeated for all of her 25 starts…say WHAT? That’s right, the Australian bred Thoroughbred superstar of a mare ‘Black Caviar’ had 25 starts throughout her racing career and remained undefeated the entire time. Is there any other racehorse who can claim that statistic? If you know of one, please do share! ‘Black Caviar’ was trained by Peter Moody in Melbourne and was ridden by Luke Nolen for all her races except one. But where did this amazeballs mare start her journey to become the sprinter we know and love today?

‘Black Caviar’ came from humble beginnings, born on an Australian farm in Victoria on the 18th August 2006. Her sire was none other than ‘Bel Esprit’, who won the Doomben 10,000 and she was the first foal of an unraced mare called ‘Helsinge’. As a yearling, she was moved to Swettenham Stud to be prepared for the Melbourne Premier Yearling Sale on behalf of Rick Jamieson and sold to Melbourne-based trainer Peter Moody for $210,000. Once given to Moody to be trained, she was owned by the syndicate of G. J. Wilkie, K. J. Wilkie, Werrett Bloodstock Pty Ltd, C. H. Madden, J. Madden, P. A. Hawkes, D. M. Taylor and J. Taylor. 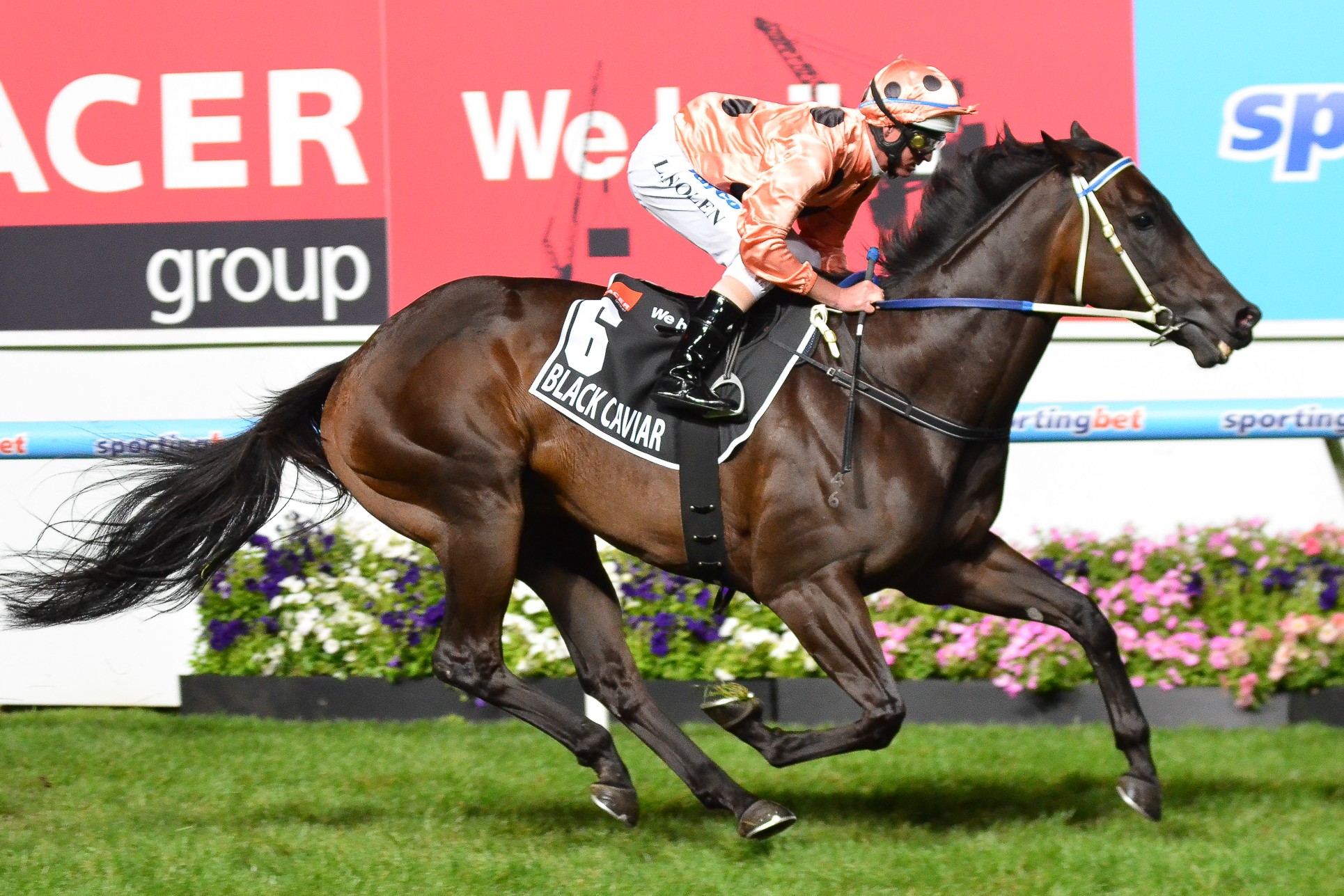 Her very first start as a two-year-old was a foresight to what was to become as she won by five lengths and then went on to win the Sapphire Stakes by six! When she was three years old, ‘Black Caviar’ continued her spree by winning consistently by four lengths, but an injury kept her from racing much more that season. As a four-year-old in October 2010, she won two more Group Two races in Caulfield and Moonee Valley by another five and a half lengths each! Winning by numerous lengths seemed to have been her style until she retired as a six-year-old! She even travelled to England in June of 2012 where her closest race was won by only a head length against the French-trained filly ‘Moonlight Cloud’ in the Diamond Jubilee Stakes at Royal Ascot, England! Unfortunately, her career was brought to a standstill in Europe and she returned home later that year due to an injury she sustained while racing at Royal Ascot – a grade-four tear in her quadriceps and a grade two tear of the sacroiliac joint (the connection between the pelvis and tailbone that makes up part of the pelvis). Back in Australia, once recovered and back to full fitness, her final year of racing as a six-year-old saw her stretch her unbeaten record to 23 and also break the record at the Lightning Stakes course. Her final race was in the 2013 T.J. Smith Stakes and it was her 25th consecutive win where she broke the Australian record for the most Group One wins by any horse! 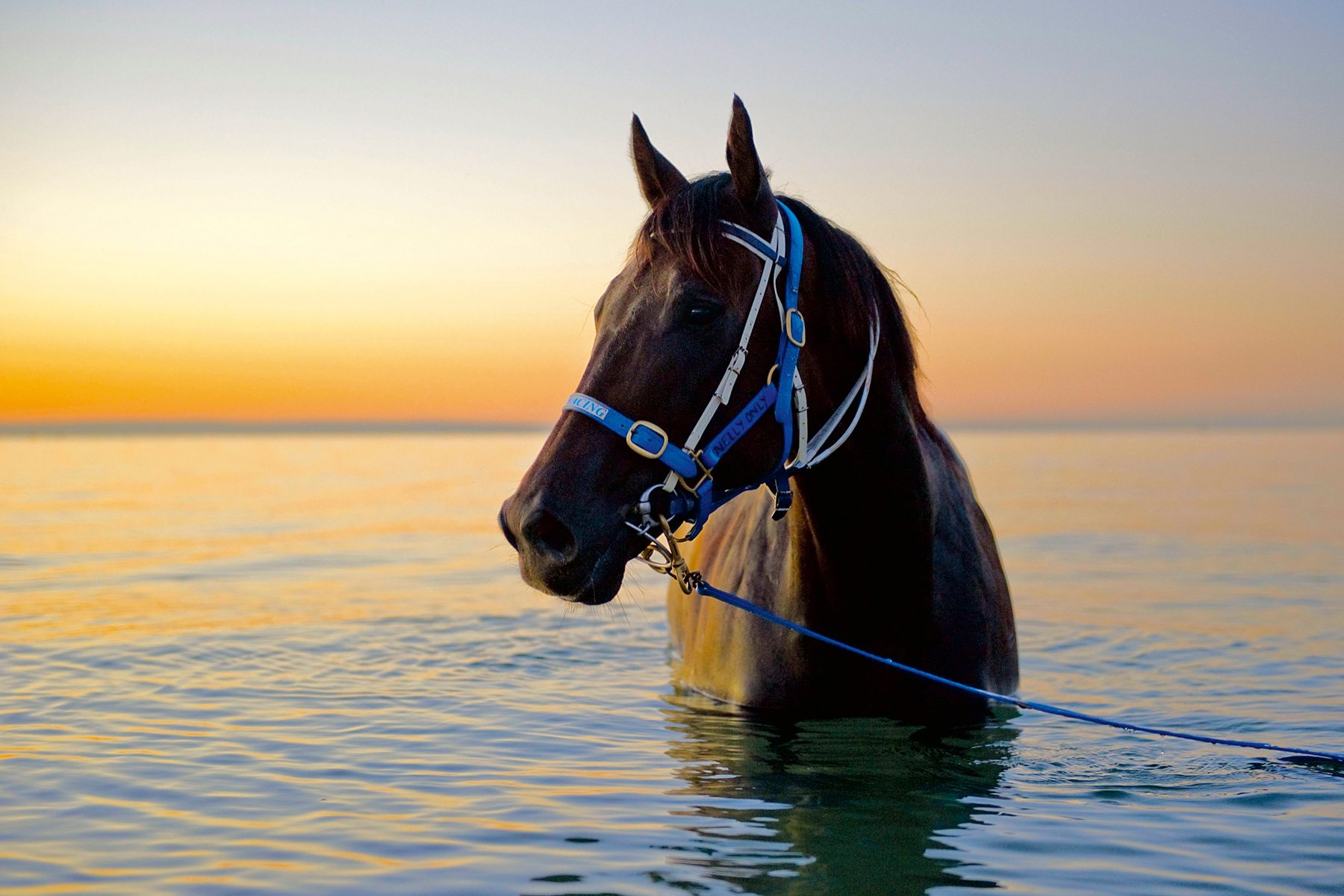 I wish I was able to see ‘Black Caviar’ in action in the flesh but the best I could do was watch from live screening on a laptop! Who was lucky enough to see this crazy cat of a mare race during her prime time?