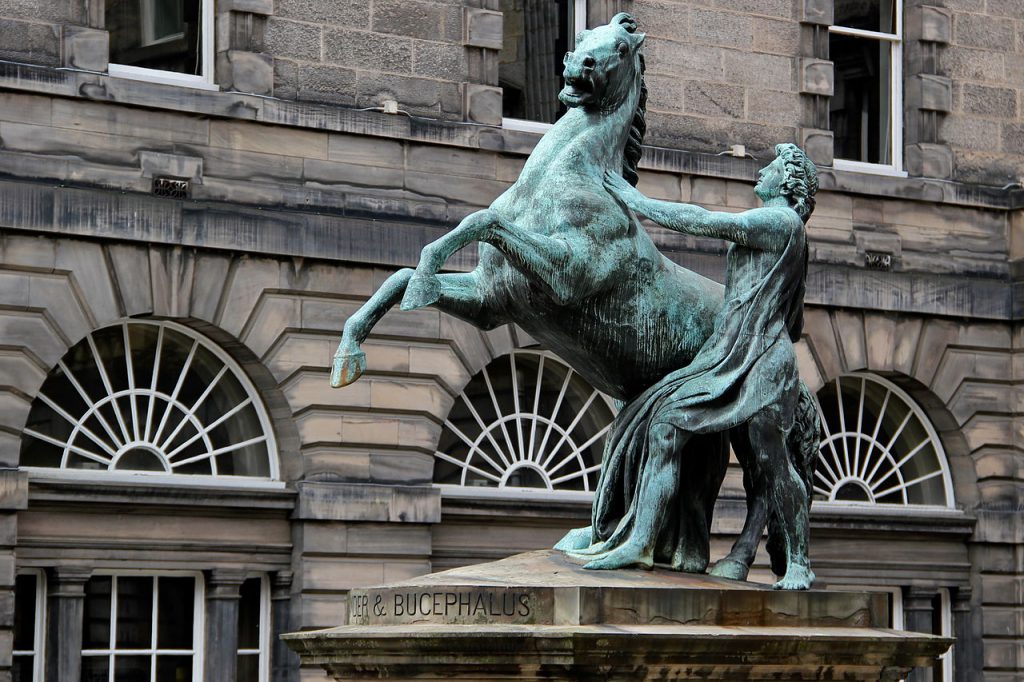 Alexander the Great is arguably the greatest military conqueror the world has ever seen. But in addition to this, he was apparently the world’s first horse whisperer! Bucephalus, the horse Alexander rode for thousands of miles and through many battles to create his mighty empire, did not have the best of beginnings.

Legend has it that when Bucephalus, a wild untamed horse was brought to Philip II of Macedon (Alexander’s father), he was so wild and untamed he could not be ridden by anyone.

But what did the future king do? Well, Alexander simply deduced that Bucephalus was scared of his own shadow, so gently turned the black stallion’s head towards the sun…and the wild beast was tamed! Ok, so maybe legend does take some creative license but it’s a pretty good story. Another version of the legend describes a 10-year old Alexander being the only one who could approach the horse. Alexander would speak softly to the great horse, who would in turn lower his head and allow the future warrior to ride him.

Bucephalus carried Alexander the Great into many battles and was doted on by his master. At one point in history, when Bucephalus was kidnapped by a group of Persians, the great military leader threatened to destroy all of Persia and slaughter every single one of its inhabitants unless the captors returned his horse immediately. Well as I’m sure you can guess, they returned him pretty quickly.

There are a number of accounts as to how Bucephalus died. Some say he died from battle wounds, others say he died from old age, while other say he died from both. Either way, Bucephalus became perhaps the first four-legged celebrity in history. Alexander also founded the city of Bucephala (thought to be the modern town if Jhelum in Pakistan) in memory of his wonderful horse.