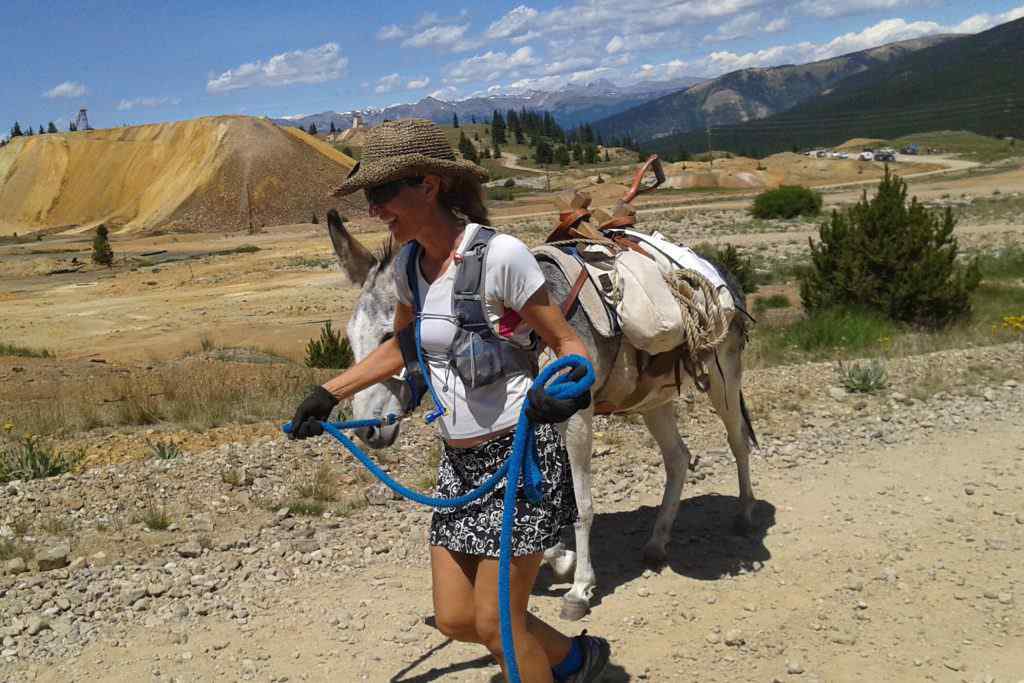 Burro Racing is essentially a marathon that celebrates the burro’s (Spanish for donkey) role in the old mining days in Fairplay, a small town in Colorado. The yearly event is held during the last weekend of July, and is tough and unpredictable because of the burro itself. Each runner has to lead a burro carrying 15kg of mining gear across 29 miles (over 46km) of rough terrain and ascend 4,000 metres up Mosquito Pass. Riding the burro, using a whip or being physical with it in any way leads to automatic disqualification from the race.

In the mid-1800s, man and his trusting friend, the donkey, loaded with gold pan, pick and shovel, combed the mountainsides trying to make a living. Legend has it that two miners found gold in the same location, and raced each other back to town to be the first to stake a claim to the find. Neither could ride their animal because of its load, so one of the basic rules of burro racing was established – no riding! Another legend is that burro racing began as drunken miners in a Leadville bar sought a way to make some money in a less back-breaking manner than with a pick and shovel. Whatever the origins, pack burro racing keeps alive that scenario of the miner’s excitement and rush to get off the mountain to register a claim at the office in town before the next guy. Updated over the years, the skill of the race, as ever, is covering ground while collaborating and negotiating with an animal who has its own system of rights.

The race is part of the Burro Days celebration in Fairplay, an event that sees over 10,000 people take part in festivities including burro races, llama races, kiddies pack dog races, parades, contests, Cowboy Church services and more! Sounds like a whole lot of fun don’t you think?

Image credit: Woman on the Run