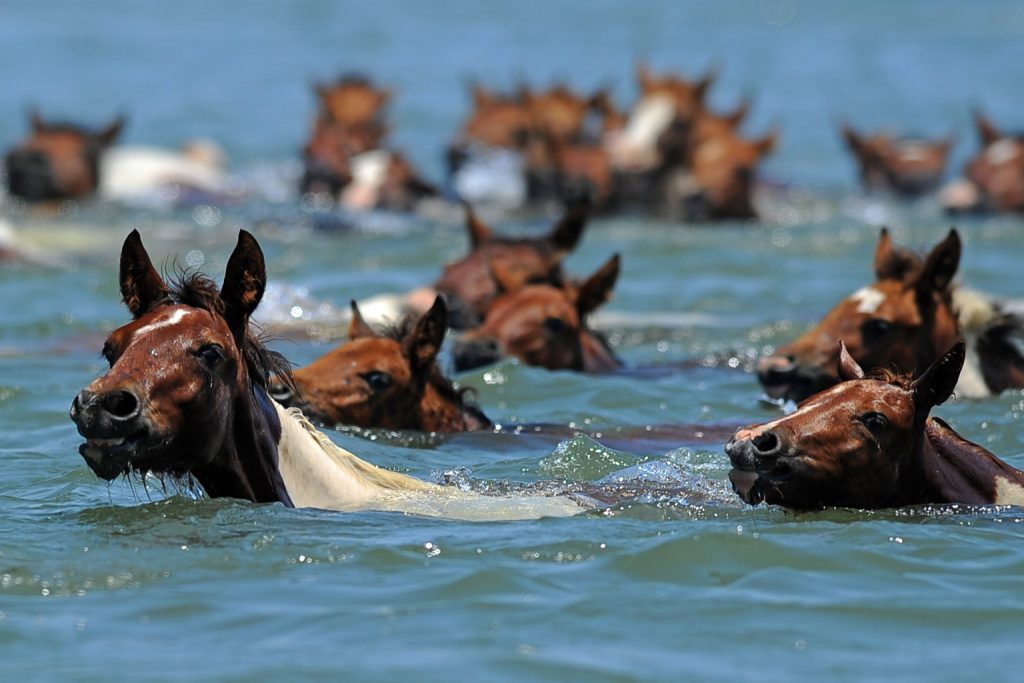 What I initially thought to be a fictional event created in a novel, has turned out to actually be real globetrotters. If you’ve read Marguerite Henry’s 1947 novel Misty of Chincoteague about the wild mare Phantom and her newborn colt, then you’ll remember a key part of the story is the ‘pony swim’, when the herd living on the island is rounded up and swum across the channel to the mainland. Well this pony swim is actually a real event held on the last Wednesday of July each year.

A unique, romantic and exciting spectacle which attracts tens of thousands of onlookers, this pony swim sees about 200 wild ponies herded by ‘Salt Water Cowboys’ (yes, that’s what they’re actually called) make the swim across the Assateague Channel to the shores of Chincoteague Island, Virginia USA. This swim takes place when the tide is calm, so the young foals born during the spring or early summer, are safe from any strong currents and can swim safely across with their mothers and the rest of the herd. The first foal to come ashore is named King (or Queen) Neptune and is given away in a raffle drawn later that day. 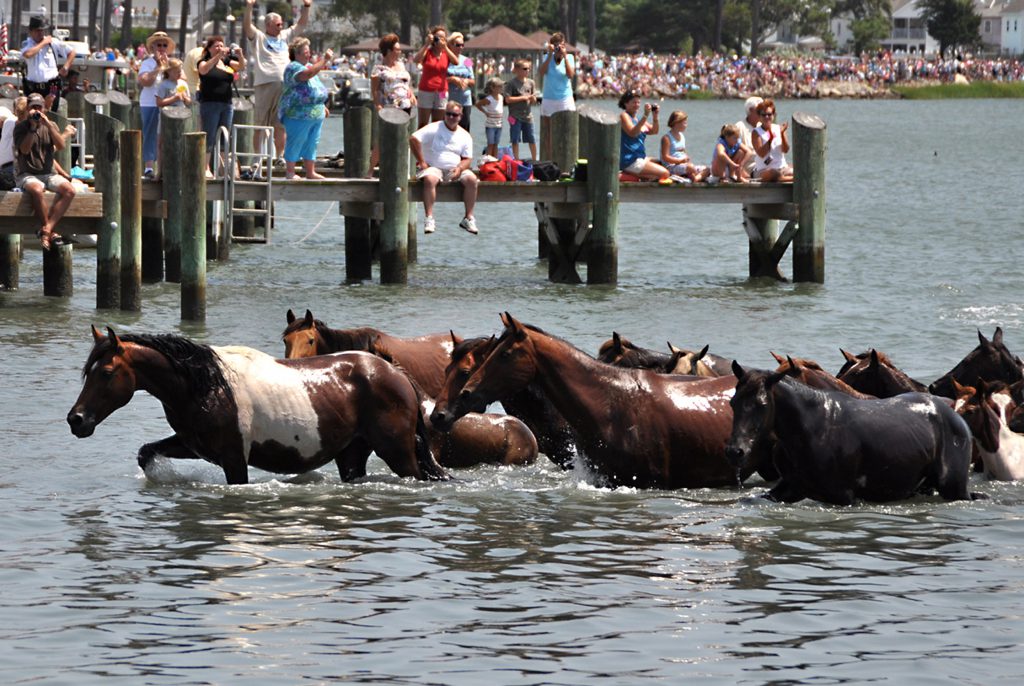 Once each horse has made it safely across to the other side, they are paraded through town to the carnival grounds, where they will be auctioned. This event has taken place since 1925, making 2017 its 92nd year! It is now part of a week-long festival celebration with different activities and displays held each day. The yearlings are sold to keep the number of ponies on the island at a sustainable level and prevent them from having an adverse impact to the delicate barrier island ecology. The horses who aren’t sold are swum back on Friday to once again roam on Assateague, a national wildlife refuge. The money raised from the auction of the foals goes to supporting the village fire department who offer veterinary services for the horses on the island throughout the year.

This Annual Pony Swim at Chincoteague has now become a US national treasure with the event even broadcast live on ‘Good Morning America’. One year soon I hope to be part of the thousands of onlookers watching this magical event take place, perhaps in it’s 100th year – anyone care to join?

Image credit: The Huffington Post and the Chincoteague Chamber of Commerce