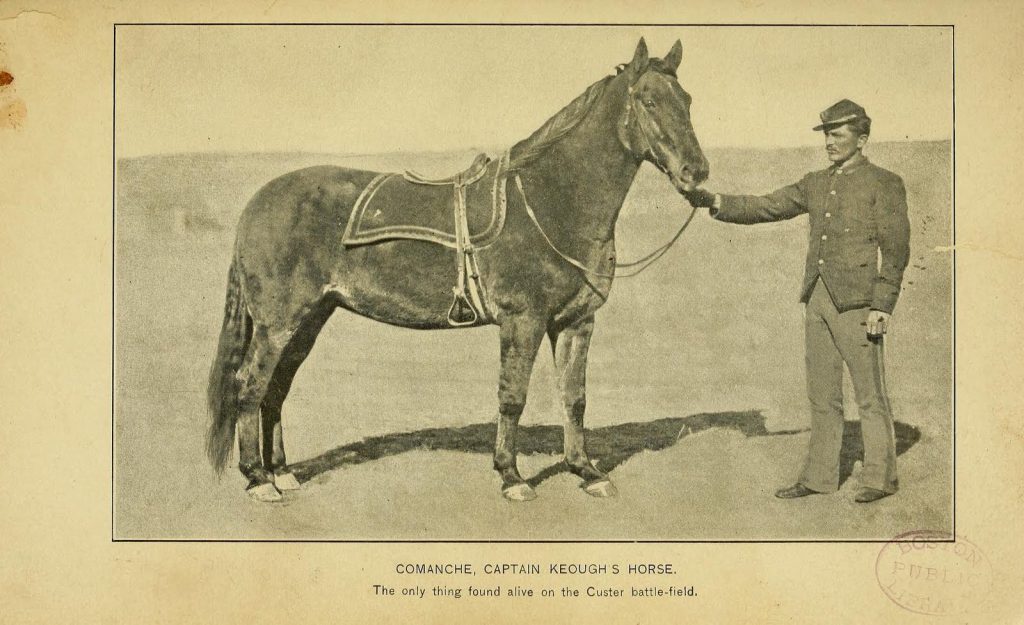 As one of the only horses to survive the infamous Battle of Little Bighorn in 1876, where the 7th Cavalry Regiment of the US Army suffered a terrible defeat against the Native Americans, Comanche was the favoured war mount of one of the US army generals. The Battle of Little Bighorn was also known as Custer’s Last Stand, named after Lieutenant Colonel George Armstrong Custer who led the battle. But how did Comanche arrive at such an important battle? That is where our story begins…

Comanche was born on what was once called the Great Horse Desert of Texas around 1862. It was a vast region that was home to hundreds of thousands of mustangs and Comanche bore the tell-tale black dorsal stripe down his back as well as resembling early Spanish horses with the dun colouration. Comanche also had a small white star on his forehead and was known as an odd-looking horse, with a big head and thick neck that were out of proportion for his body, and he had legs that seemed slightly too short.

On April 3, 1868, Comanche was captured in a wild horse muster and sold to the army for the average price of $90. A week after his purchase, Comanche and an unknown number of horses were loaded onto railroad cars and shipped west to Fort Leavenworth, Kansas where they were branded. Custer’s 7th cavalry unit had been stationed in Kansas and encamped near Hays City and had lost a number of horses that spring. Custer sent his brother, First Lieutenant Tom W. Custer, to buy remounts. He purchased 41, including the horse that would soon be named Comanche and once again the horses were loaded onto a train and taken to the troops.

The Captain Myles Keogh of the 7th Cavalry liked the look of Comanche and bought him for his own personal mount and was to be only ridden in battle. In 1868, while fighting the Comanche in Kansas, the horse was wounded in the hindquarters by an arrow but continued to let Keogh fight from his back. Thus the horse was named “Comanche” to honour his bravery. Comanche was wounded many more times and always exhibited the same toughness that he did that very first time. 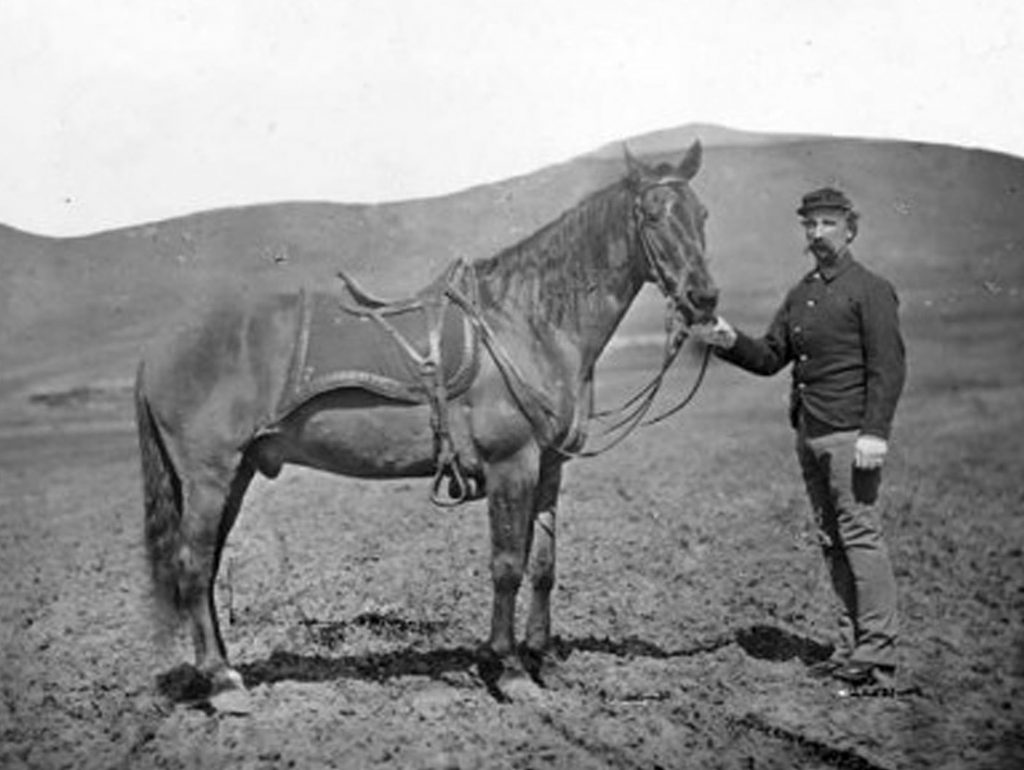 On June 25, 1876, Captain Keogh rode Comanche at the Battle of the Little Bighorn that was led by Lt Col. George Armstrong Custer. Comanche was found two days after the battle, badly wounded.

Here is an excerpt of a writer from this time when they found Comanche: “As the men looked up and searched the broken terrain with weary, tearful eyes, down by the river a horse was struggling to get to its feet. Several of the men recognized the horse because of its peculiar buckskin-like colour. It was Comanche, the favourite mount of Capt. Myles Keogh, who had valiantly rallied the men of “I” Company right up to the end… He had apparently sustained at least seven wounds, and his coat was matted with dried blood and soil.”

His wounds were serious (approximately 7 bullet holes) but not fatal. Four bullets had punctured through the back of the foreshoulder, one through a hoof, and one on either hind leg. Comanche was loaded onto a steamer at the junction of Little Bighorn and Bighorn Rivers and taken to Fort Lincoln in North Dakota.

After a year spent recovering at Fort Lincoln, Comanche was never ridden into battle again. He became a celebrity and took part in ceremonies and parades where he was celebrated as a symbol of Custer’s memory. After his death, Comanche was stuffed and placed on display at the University of Kansas Museum of Natural History.

Has anyone been lucky enough to see Comanche at this museum?