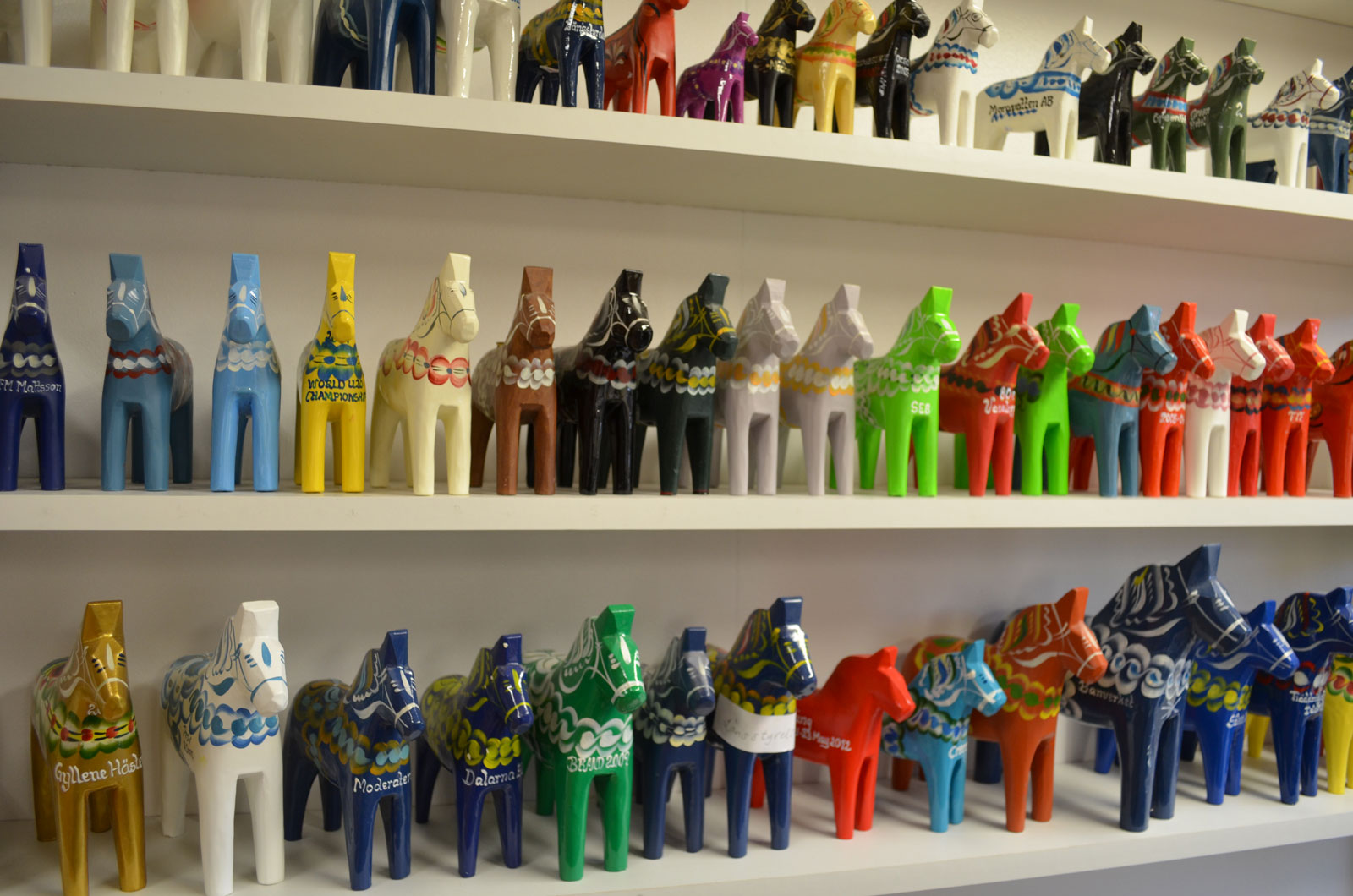 The Dalecarlian horse is a traditionally carved wooden horse from the Swedish province of Dalarna. These cute little horses have become not only a symbol of the area they were originally made in but of Sweden itself. Although there are several different styles and colours that are painted onto these horses, there is one that takes the cake. Hands down the most famous type of the Dalecarlian horses is red with a bright green, white, yellow and blue harness painted onto its back.

It was in 1623 (nearly 400 years ago!) when the earliest known wooden horses that were sold. The Dalecarlian horses were originally made as a wooden toy for children to play with because, in those days, horses were seen as a highly valued commodity. At first, they were not painted but were soon splashed brightly in colour and sold in markets or traded for household goods. In folklore the Dalecarlian horses had a greater meaning; the Vikings believed that the horses were guardians of Viking tradition ever since ‘the winged horses of the Valkyries flew back to Valhalla’. Other legends say the Dalecarlian horses became the national toy in 1716 because loyal soldiers of King Charles VII stayed in the Dalarna region and made the toys as gifts to their hosts.

However the idea of carving these horses came to be, the Dalecarlian horse is now a common and popular symbol in Sweden and, since each horse is carved and painted by hand, every single horse is unique. The pattern painted onto the horse by expert ‘ripple’ painters is over 150 years old and each horse needs at least nine different people and their skills to make them! Modern designers these days are experimenting with the designs and colours of the horses to create new ideas. Many Swedes now collect each horse, thus bringing a fairy tale to life!

How cool are these awesome little wooden horses! I would LOVE to have my own collection of these! Who has a few already?

Reference: Wikipedia and The Outlook

Images via The Outlook