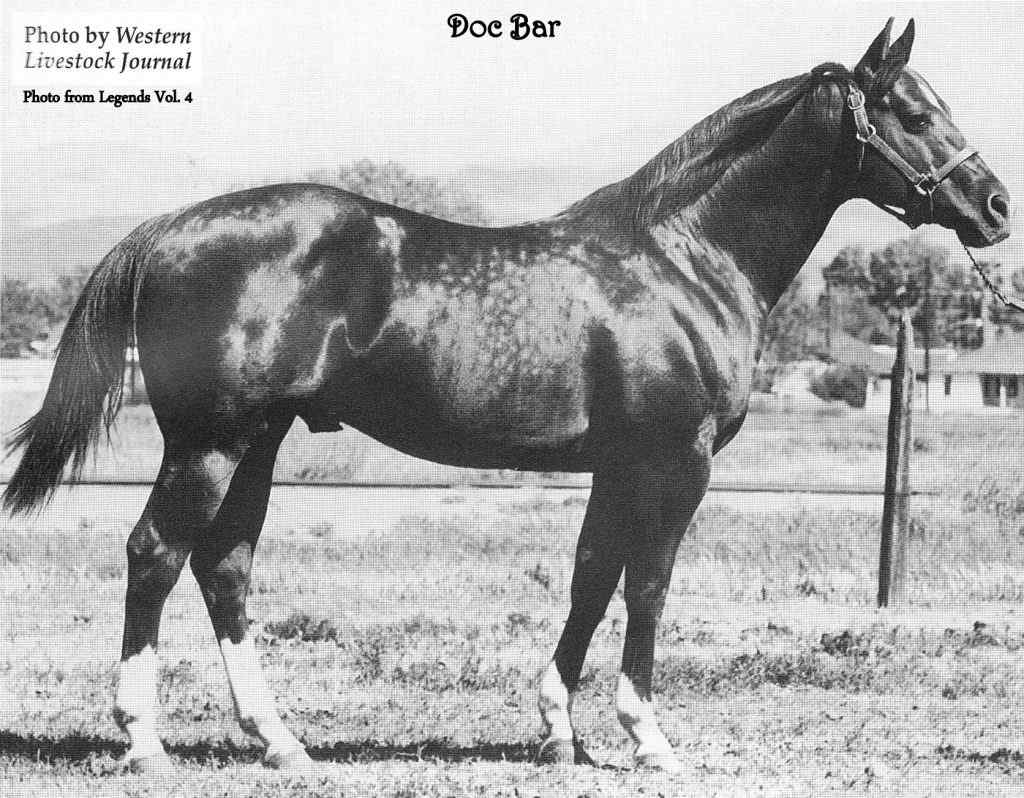 In 1956, a mare named Dandy Doll (just imagine saying that in a southern US drawl!) delivered a gorgeous little chestnut foal on a ranch in Arizona, US. That little foal, named Doc Bar, was destined to grow up and change the course of his breed’s history.

When Doc Bar was two, his owner Tom Finley, sent him to the Quarter Horse races in Tucson with the hopes of training him to be a star racer. But that wasn’t to be the case. In four starts, he came away with less than $100 in winnings and so his racing days came to a very swift halt. Finley then decided to try Doc Bar in the show ring, and it was here the stallion’s true potential was realized. He won numerous championships and people began enquiring about breeding from him.

In 1963, Finley sold Doc Bar to California ranchers Dr. and Mrs. Stephen Jensen for $30,000. Now that might not sound like much considering today’s standards, but if you take into account inflation, it was A LOT of money for a horse that failed in the racing industry. Obviously, the Jensens recognised Doc Bar as a quality horse, and he proved them to be absolutely right!

His progeny took the cutting horse world by storm! One of the keys to his success as a sire was his prepotency. He sired consistently handsome, talented offspring, and his descendants are still making their mark today.

Does anyone have some Doc Bar bloodlines in their own horse globetrotters?