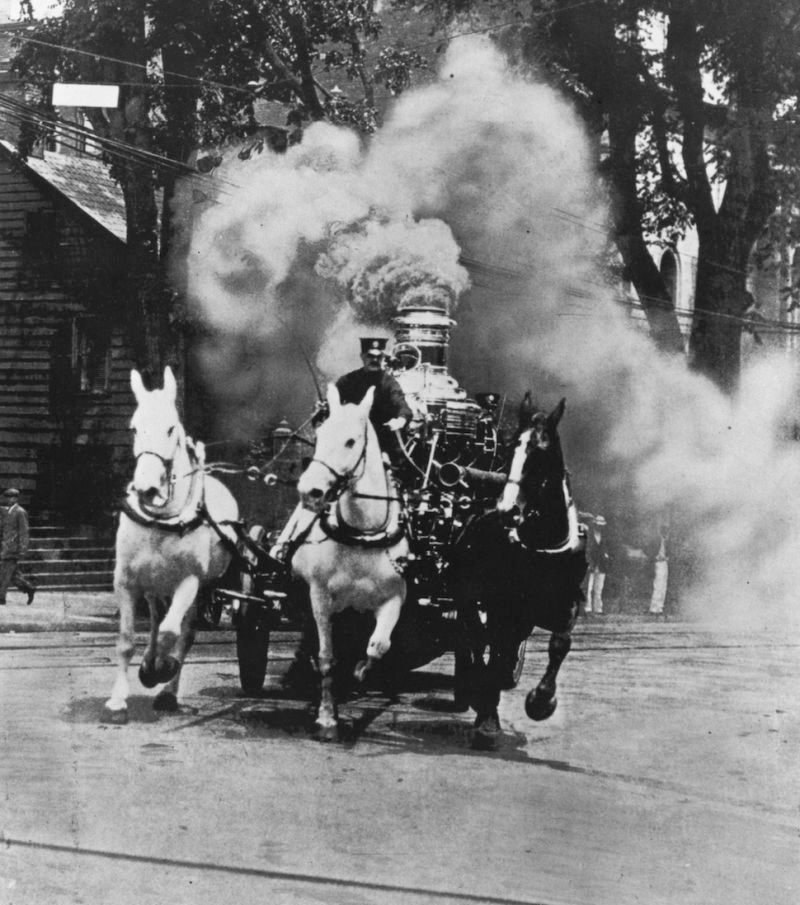 From the 1830s to the 1920s, fire engines in many parts of the world were pulled by horses. Galloping to the blaze pulling a billowing, fuming steam engine and sometimes an escape ladder, too, the horses allowed firefighters to use larger, more effective engines and to reach the fire much faster. 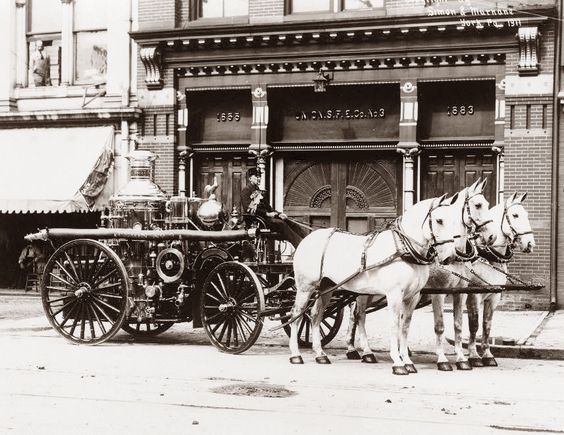 Prior to the introduction of horse-drawn fire apparatus, fires were fought with manual fire engines of various sorts. They were usually pulled to the blaze by the firefighters themselves. A popular model required about 24 people to pump the water – 12 on each side of the pump! Steam engines were a vast improvement on these manual methods, but they were far heavier. The design therefore incorporated a robust cart that was usually pulled by a three-horse team. 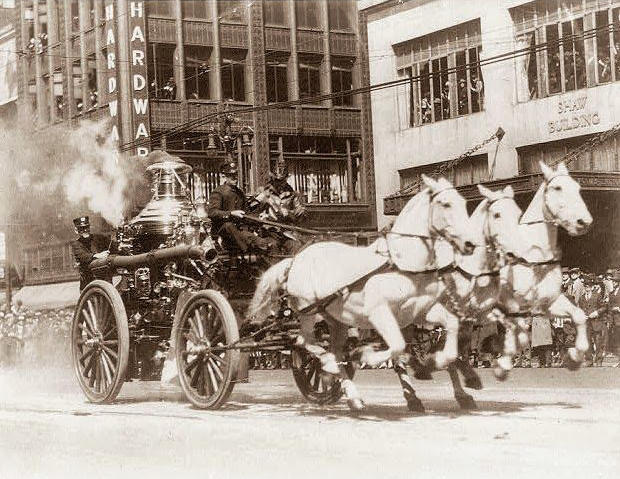 Fire horses had to pass a rigorous testing system, with some districts even creating training stables for their new recruits. To succeed, they needed to be strong, agile, courageous and obedient. They had to be able to gallop long distances with the steam engine in tow and to stand calmly amidst the chaos while the firefighters fought the blaze. Once instated, they lived at the station. When the fire bell rang, many horses were so well trained that they would position themselves in the harness as soon as the stable door was opened.
After retiring from service, fire horses had many vocations. Some continued to work for the city in less strenuous jobs, others were sold to delivery men and coach drivers, and others were put out to pasture. It was not unheard of for horses who remained in the city to charge down the streets, driver and wagon in tow, after hearing the familiar sound of the fire bell! 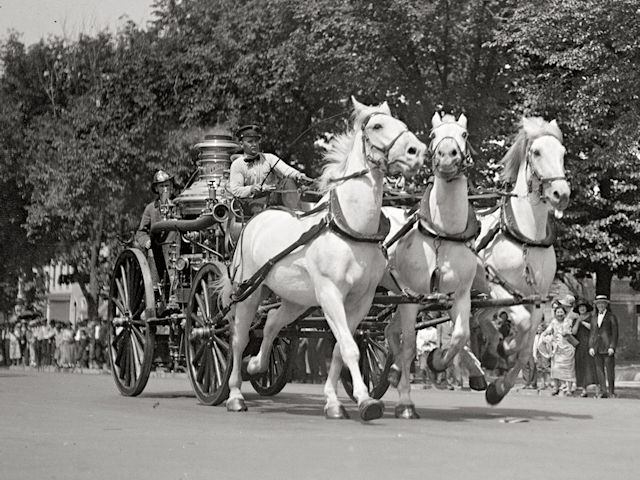 The above image shows Barney, Gene and Tom, Washington DC’s last fire horses, on their ‘last run’. This run was staged in 1925 to mark the horses’ retirement and recognise the importance of the fire horses in years gone by. The run was filmed by the Department of Agriculture and crowds lined the streets to watch the team pass. The Washington Post reported that when they returned to the engine house, ‘huge bouquets of flowers were bestowed on the trio, who, appreciating their fragrance less than their taste, ate them.’

Most horse-drawn fire engines were rendered obsolete by the introduction of fire trucks during the 1920s. But some still remember the thrill of seeing a team charging down the street, nostrils flared, hooves clattering against the road, plumes of vapour billowing from the engine behind them. The image above shows a modern-day fire horse team pulling a restored steam engine to a phantom blaze in a reenactment that its passionate owners, the Huberts, frequently perform in the United States.

Fire horses were an indispensable part of firefighting in the western world for a hundred years. Their impact is impossible to measure, but the lives they saved speak for themselves.