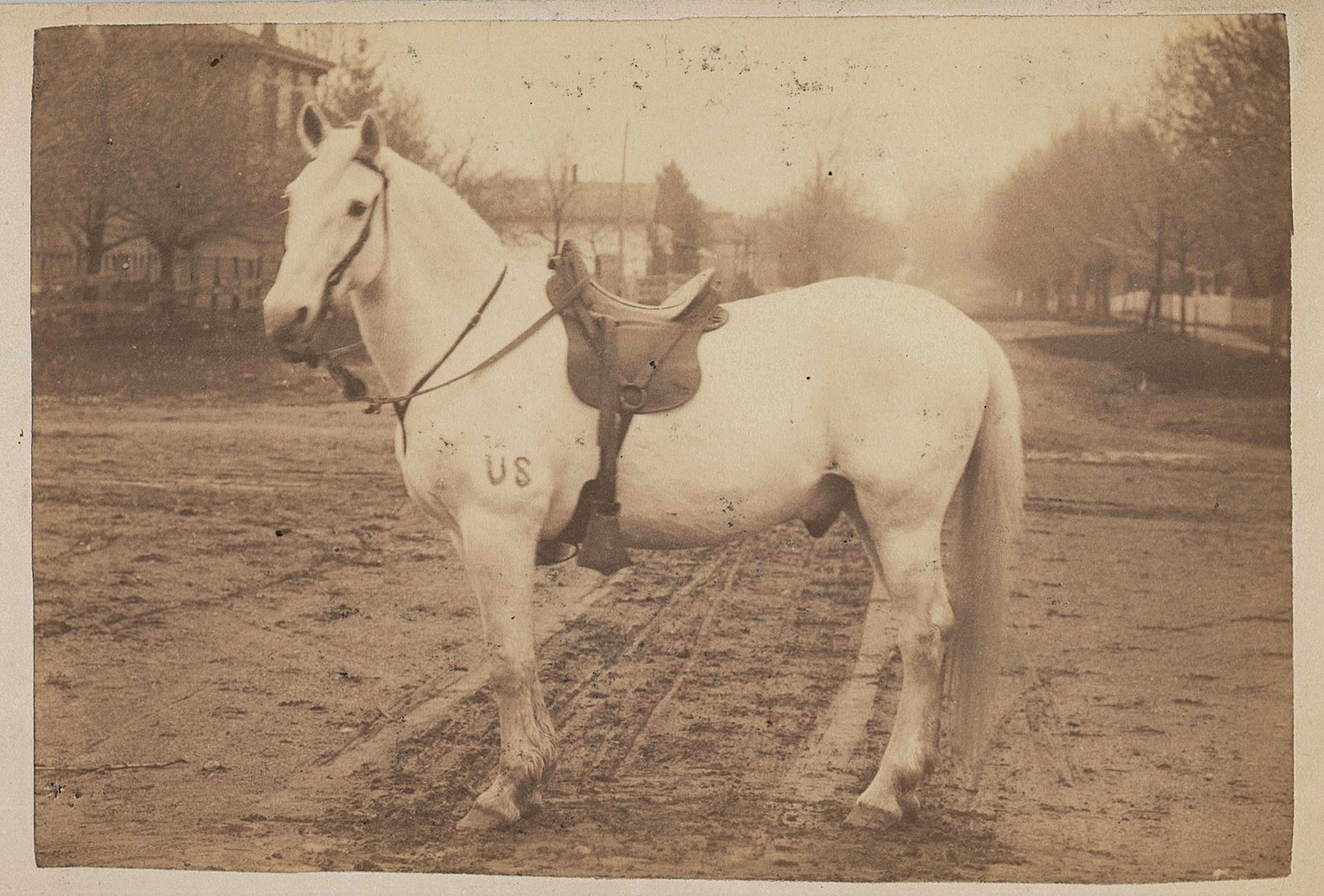 This is Frank, a veteran of the American Civil War. Frank was assigned to Isaac R. Swartout, a private in Battery D of the 1st New York Artillery in the 5th Army Corps. “Ike” Swartout and his trusty horse were local legends in Pennsylvania, and no wonder: together they fought in 15 battles throughout the Civil War. These included the battles of Cold Harbor, the Wilderness, Gettysburg, Tolpomy Creek and the surrender of Lee at Appomatox Court House. The latter was one of the last battles of the Civil War, and triggered a series of surrenders that ultimately ended the four-year war.

After the Civil War, Frank was purchased from the army by Ike and lived out the rest of his days with his rider. Frank was 26 years old when the above photograph was taken.