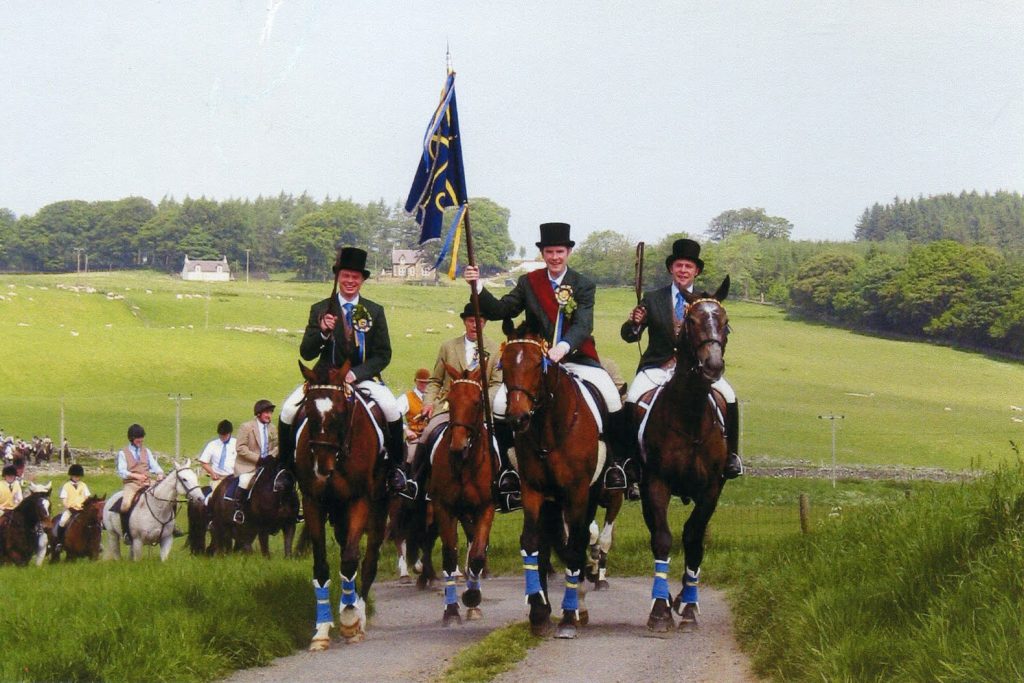 Hello wee lads and lasses! Today we are delving into the Scottish Borders and looking into their annual summer festival called the Common Ridings. This tradition takes part in eleven towns in the Borders and dates back to the 13th and 14th centuries, making it one of the oldest equestrian festivals in the world! The Scottish Borders, also known as the ‘Marches’, is a district found below Edinburgh. It stretches from Pentland to Moorfoot and Lammermuir Hills, marking the boundary with the Lothians in the north to the Cheviot Hills. The south border of this region buffs against the English borders from Burnmouth to Catlowdy.

Back in those olden day times, local men would risk their lives for their town and people to stop the ‘reiving’ (also known in our modern tongue as ‘robbing’ or ‘stealing’) of the cattle on the Anglo-Scottish border. The local lord would appoint a young leading man to ride the boundaries of the town or clan called to protect them. These days, Common Riding celebrates each Border town’s history and traditions, with each town adding its own unique touch to the festival celebrations to differentiate themselves from the others. Most of the towns start the celebration with an election of the principal young man, who becomes the honoured man for the rest of the celebrations and leads the march. It is seen as a huge honour and opportunity to be the leading principal man and one that is accepted with the greatest pride. 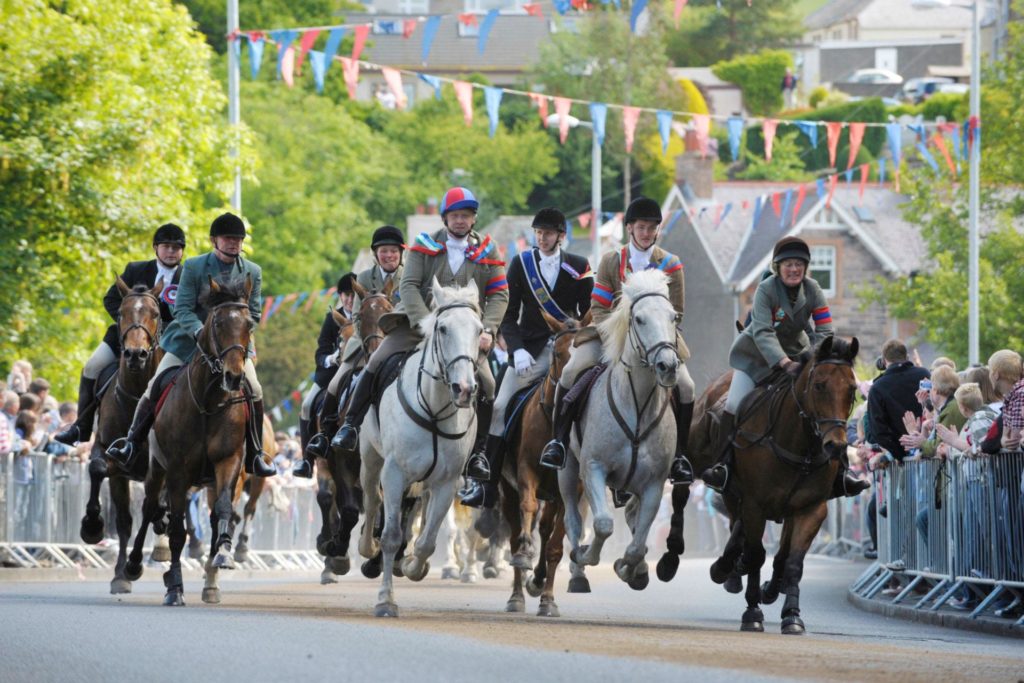 If there is one Common Riding Festival that you MUST see, globetrotters, it is the Hawick Common Riding Festival. It was one of the first and is the largest Common Riding festival in the Borders. This Common Riding is officially celebrated between the 4th and 11th of June, but preparations begin much earlier in the year. Back in May the town elects their leading man, whom they call ‘The Cornet’, and he completes a bunch of traditions. Part of his duties as the Cornet is to be given an official invitation to his position that he accepts, and to walk around old parts of the town. During the festival, he leads a procession of followers on horseback and on foot through town and into the hills around the ancient town borders. All the while, he carries the town flag aloft on his horse as he proudly parades in front.

Basically, globetrotters, these festivals are a hell of a lot of fun, with loads of singing, dancing, picnics, horse racing, ceremonies and processions. Feel like heading to the Scottish borders with your kilt and joining in this raucous event? Then you’d better sign up for The Scottish Borders Ride! 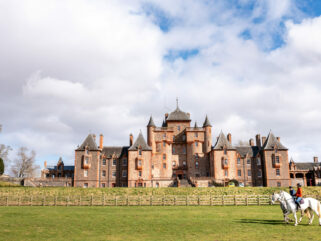