It’s become an iconic image in the 2020 Black Lives Matter movement: Bri Noble astride her Appaloosa, Dapper Dan, leading a protest with her fist high in the air after the murder of George Floyd. With Dapper Dan standing 17 hands high, Bri was literally someone to look up to at the Oakland protest and she inadvertently became a key figure in the movement.

‘I wanted to give the media something to look at other than the destruction and damage they were promoting,’ she explained. And with people of colour – especially women – so dramatically under-represented and excluded in the equestrian world, she sure was eye-catching. What she didn’t expect was how fast and how far her story would travel.

‘I really hoped that for my city and for my community, I could just do a little bit of good. […] It’s just really made me angry that people are more upset by the destruction that’s going on than they are at the fact that someone was murdered. When I was up there on Dapper, I said, ‘Wow… I’m not even saying a word through all of this and look at the positivity that this is inspiring.’

Although he was absolutely perfect amidst the intense commotion of the protest, Dapper Dan was the most challenging horse Bri has ever trained. ‘I called every mentor I had and said ‘What do I do?” But she said to herself, ‘I can’t sell this horse. I said I was going to keep him and I just know that he’s here for something bigger than this. He’s not something that comes along every day.’ Walking down Broadway in front of the crowd on May 29th, Dapper Dan’s moment finally came. 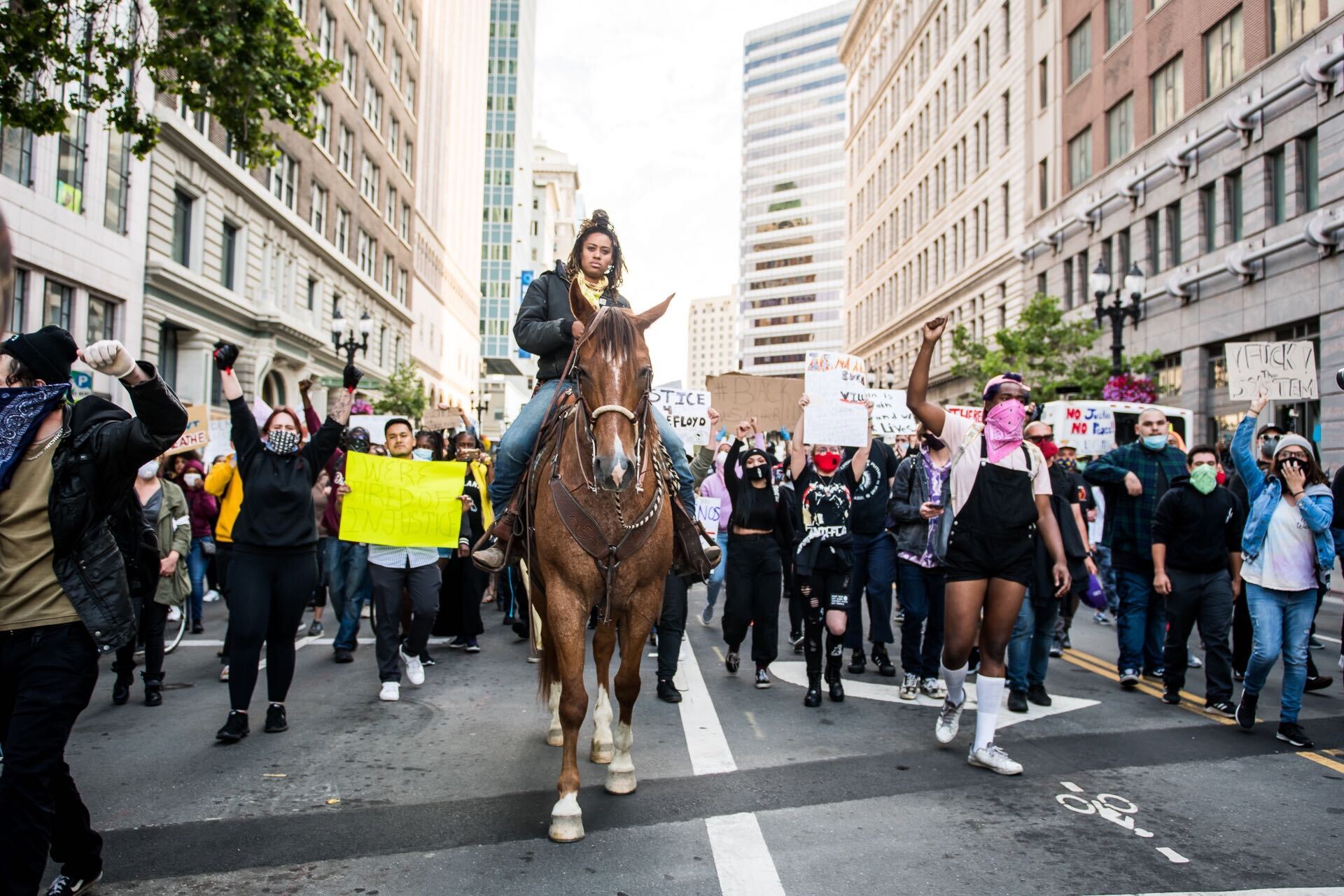 Little did Bri know that her ride would inspire horse people including the well-known Compton Cowboys and Nonstop Riders to mount up at protests all around the world and flip the narrative surrounding black people and horses. Rather than the normalised scenario of mounted police using horses to stand above and even trample protesters, horses were being used to uplift those who would otherwise be ignored and repressed, allowing them to be seen and helping their message ring clear: Black Lives Matter. Bri even organised more horseback protests herself, coining the name ‘Heels Down, Fists Up’, and it’s fair to say they have made the US equestrian community a lot more conscious of black horse people.

People of colour being excluded from horse culture and written out of the central narrative is far from a new phenomenon; black cowboys (and cowgirls!) have been around since before the Civil War. And here in Australia, Indigenous horsemen have been indispensable since the formation of the vast outback stations. Today, alongside racism, the biggest factor stopping black people from entering the world of horsemanship is the sheer cost. ‘If you don’t have disposable income, [horse riding] is not something that’s accessible,’ says Bri.

And that’s exactly what she hopes to change through The Humble Project, which she runs from her ranch, Mulatto Meadows. The project aims to give local marginalised youth the chance to form a connection with a horse and ride for the first time. Bri believes that these kinds of experiences with horses can help develop confidence, respect and accountability – and she also hopes to make the equestrian world a more accessible, accepting place for people of all backgrounds.

‘If I can inspire a positive future in a kid and watch that kid come up through my program, maybe that kid might become the big-time politician or lawyer that is going to make a change,’ Bri explains. ‘I’m probably not going to change the world, but one of these kids is.’ 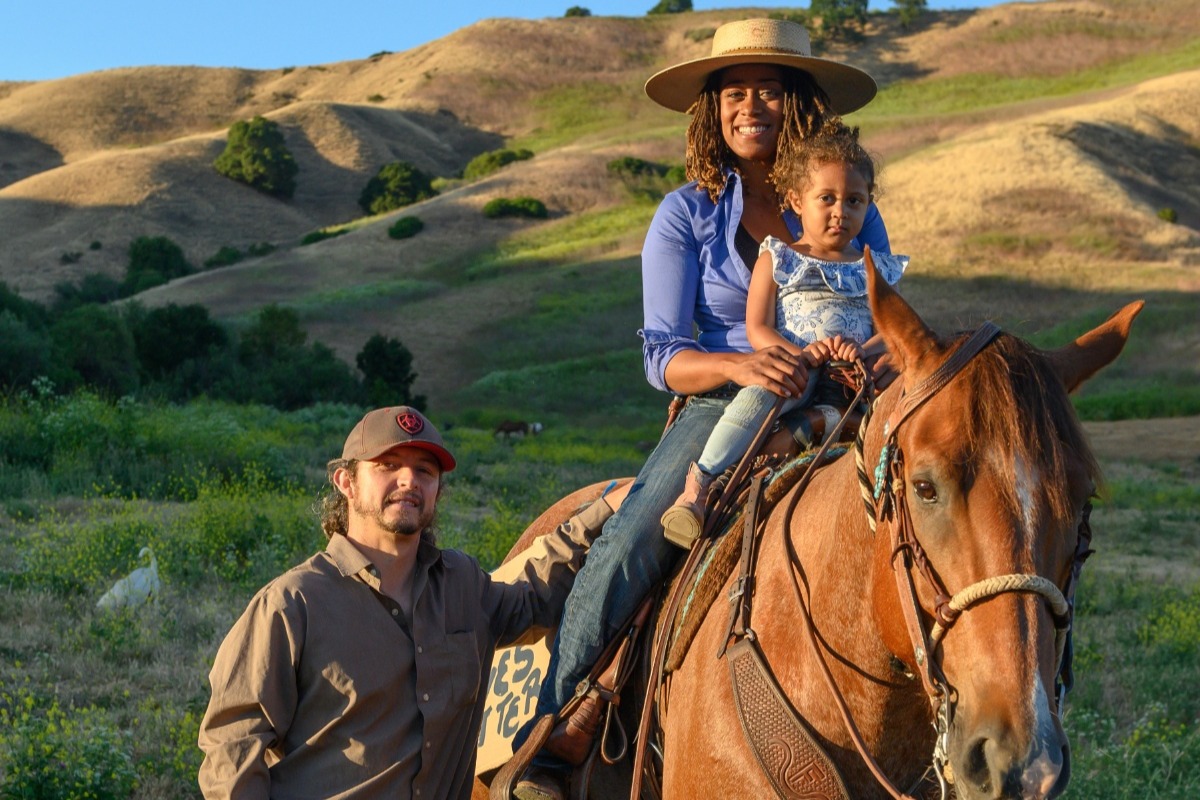 Here’s to a horse culture with more diversity, more equality, and more open doors. Because Black Lives Matter, and the gift of the horse should be there for all who seek it.

P.S. if you like podcasts, there’s a fantastic interview with Bri courtesy of the Fan Francisco Chronicle here.