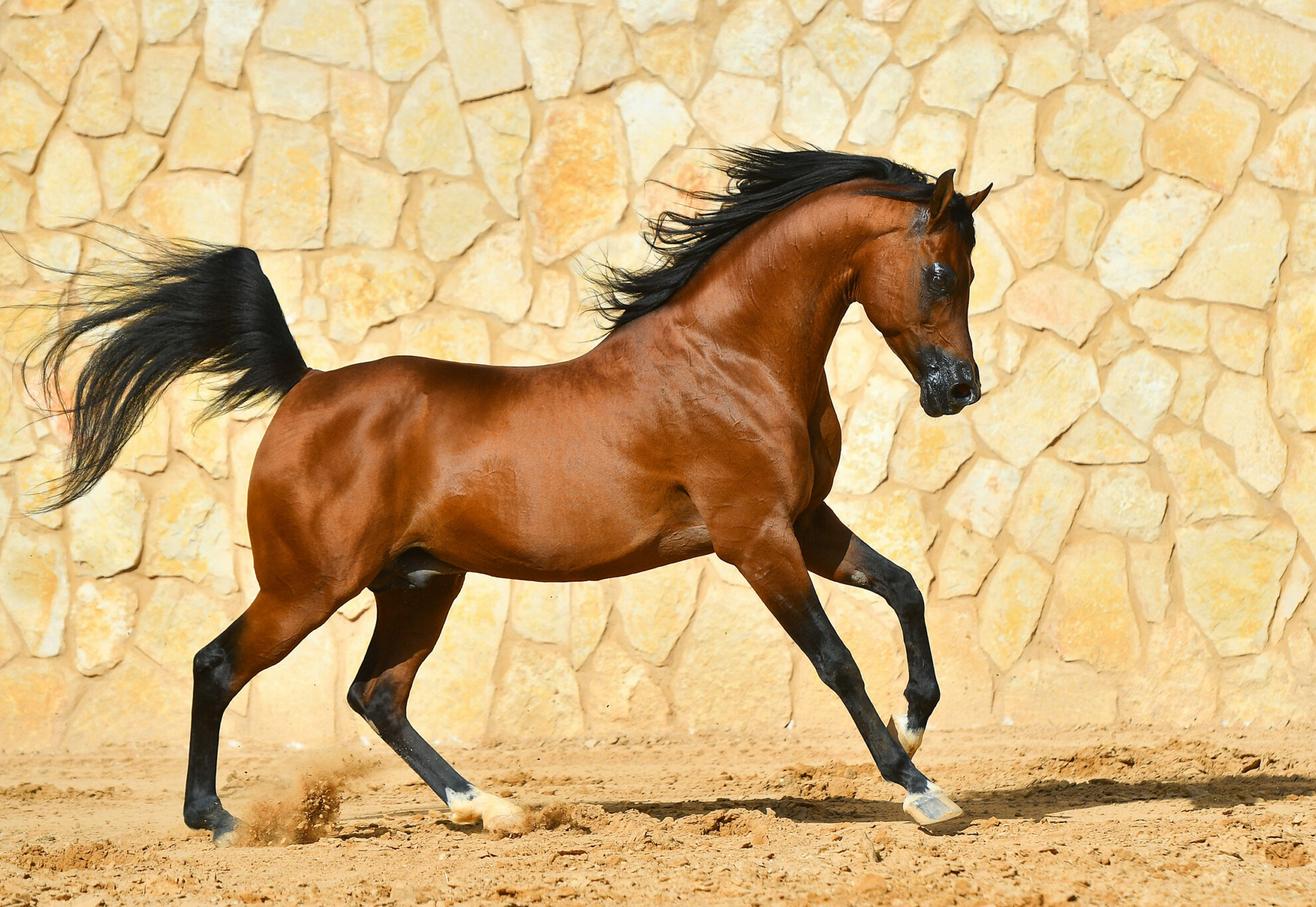 Name of breed: Arabian, or Arab

Country of origin: This is a much-disputed point! There are arguments to support the breed’s development in northern Syria, southern Turkey, the Piedmont region in northern Italy, the Fertile Crescent running from Iraq to the coast of Egypt, and southwestern Arabia.

Breed origin: The prototype for the modern Arabian breed dates back to at least 2,500BC, when Bedouin tribes ventured with their horses into central Arabia (the large peninsula connecting Africa and Asia). We do not know whether these horses were domesticated or not, but by 1,500BC, the Bedouins were master horsepeople. They valued their horses above all other possessions. The Qur’an itself makes mention of the Arabian as a creation of God: ‘thou shalt fly without wings and conquer without swords’.

The Arabian horse played a key role in countless societies and empires, including those of ancient Egypt, Babylon, Persia, Assyria, Greece and Rome. Their bloodlines were kept pure and the knowledge and stories of each equine family tree were given as much reverence as their human counterparts. The harsh desert environment, the needs of the Bedouin people and their traditions and beliefs all shaped the breed. The most highly-esteemed traits were speed, endurance, courage, loyalty, hardiness, a dished head, high crest and proud tail carriage.

When Europeans encountered these horses, often on the battlefield, they were amazed. At the time, Europe’s war horses were large and heavy-boned, while their fine-boned horses were all very small. These smaller, lighter horses combined the best of both types: speed, endurance, strength, courage and hardiness. At first only the wealthiest Europeans could acquire an Arabian, but as trade routes grew between East and West, these horses became a popular diplomatic gift from leaders of the Ottoman Empire to European heads of state. In this way, the Arabian was brought to Europe and used to improve a vast number of breeds, as well as develop new ones – most notably, the Thoroughbred. Arabian studs were established all over Europe. The Crabbet stud in England provided much of the foundation stock for the modern Arabian horse in Australia, North and South America, Russia, Poland and Egypt.

Through war, trade, migration, sport and sheer devotion to the breed, the Arabian has crossed the globe and made an indelible mark on horse genetics and horse culture worldwide.

Distinguishing features: Arabian horses are instantly recognisable thanks to their dished head, arched neck and high tail carriage. They have large eyes, a small muzzle with wide nostrils, a high crest, short back, deep chest, and strong but fine legs. They are known for their longevity, intelligence, elegance, courage, trainability and their gentle but spirited nature. They stand at around 14.1-15.1hh and come in most solid colours.

Modern day Arabian: The Arabian’s versatility means that it is now used for a huge number of disciplines. It is an unparalleled endurance mount, and has also enjoyed great success in driving, cutting, reining, English and Western pleasure riding, racing, jumping and dressage. 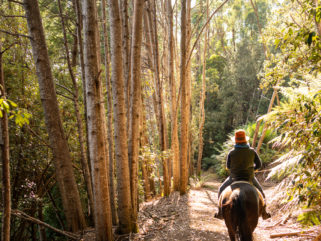 Trust us, once you bite into the Apple Isle, you’ll want to pack your bags and move there.

The Barossa Valley, with its temperate South Aussie climate, lends itself to one of the world’s great wine regions – an absolute MUST if you have even the slightest interest in a good drop.