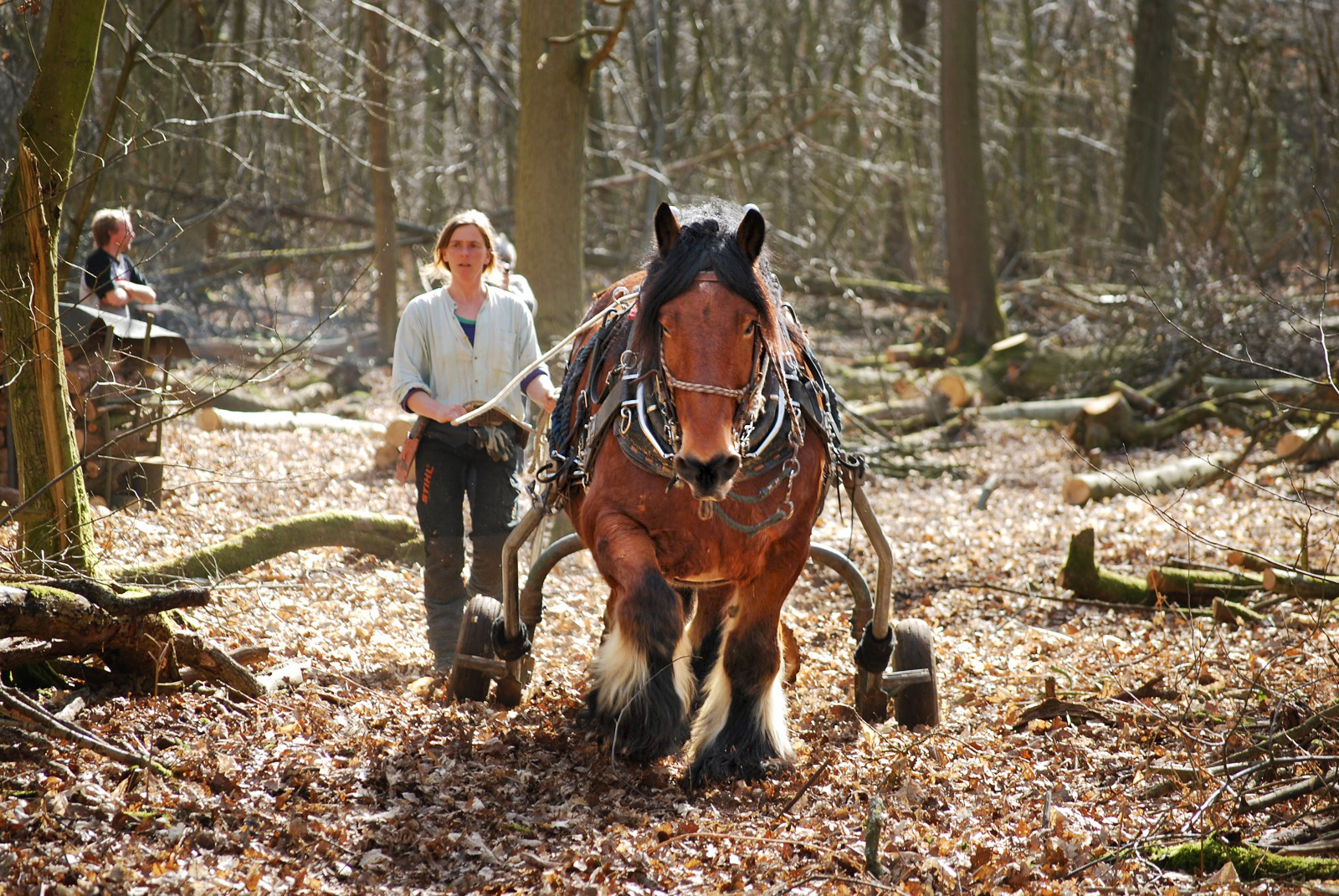 Name of breed: Ardennes, or Ardennais.

Breed origin: One of the oldest documented draught horse breeds, the Ardennes horse originates from the Ardennes area (funny that!) which stretches between Belgium, Luxembourg and France. The rough terrain and harsh climates made for a very strong, hardy, low-maintenance breed. The Ardennes is believed by many to be a direct descendant of the prehistoric Solutrian horse, which roamed the area as far back as the Paleolithic period (circa 50,000 BC). The breed has remained relatively unchanged since the last Ice Age, and references to the Ardennes can be found throughout history in the accounts of knights, kings and emperors. The Ardennes is also believed to be the Belgian breed that Julius Caesar referred to in his account of the Gallic Wars as ‘rustic, hard and tireless’. In the Middle Ages, knights praised them for their strength and reliability; and Napoleon’s return from the Napoleonic Wars is said to be partially due to his cavalry of Ardennes horses, which withstood the desolately cold and harsh conditions that killed so many others.

The ancestors of the Ardennes were bred for at least two thousand years on the Ardennes plains. In the Roman era, they were quite small, standing only around 14 hands high. Julius Caesar was one of the first to use these horses in war, and afterwards they remained popular European war horses right up until World War II. Around the turn of the 18th century, Napoleon introduced Arabian bloodlines to increase their stamina and endurance. Shortly after, Percheron, Boulonnais and Thoroughbred bloodlines were also added, but to little effect. However, in the 19th century, Belgian Draught stock managed to leave an impression, giving the Ardennes the extremely heavy conformation seen today. The first official breed registry was established in Europe in 1929 and today there are three separate studbooks in France, Belgium and Luxembourg. The Ardennes Horse Society of Great Britain was also formed in the late 20th century to preserve and promote the breed in the UK. Its popularity in the US and Australia is also gradually increasing.

Distinguishing features: These heavy-boned, exceptionally thick-set horses have a very muscular and compact stature. Their short, sturdy legs are heavily feathered at the fetlocks, with hardy hooves that seem small in comparison to their body. Likewise, their ears are small and pricked, despite being set on a solid, broad head. Their short back and well-set shoulders give them a straight, free, animated action. Ardennes horses have minimal white markings, usually restricted to a star or blaze. The accepted colours for the breed are bay, roan, chestnut, iron grey and palomino. Full-grown Ardennes horses stand between 15 and 16 hands high and weigh between 700 and 1,000 kilograms. They mature early and are considered easy keepers despite their huge bulk. Most important in a horse of this size, the breed is known for its extremely docile, gentle temperament.

Modern day Ardennes: Ardennes have been used throughout history as war horses, both as cavalry mounts and to pull artillery. Their calm, tolerant disposition, combined with their active and flexible nature, made them an ideal war horse. In the past (an in some instances, even today) they have been an indispensable asset for many farmers, helping with tasks such as ploughing, hauling and forestry. These days, competitive driving and draught events show off their aptitude for this work to enthralled audiences. A large, meaty horse, unfortunately they have also been used for their meat, both in times of desperation and as a revered delicacy. With their steady movement and docile nature, Ardennais horses make ideal mounts for both pleasure riding and therapeutic riding. Their influence can also be seen in several other breeds, including the Swedish Ardennes, Baltic Ardennes, Dutch Draft, Russian Heavy Draft, Jutland and Trait du Nord.