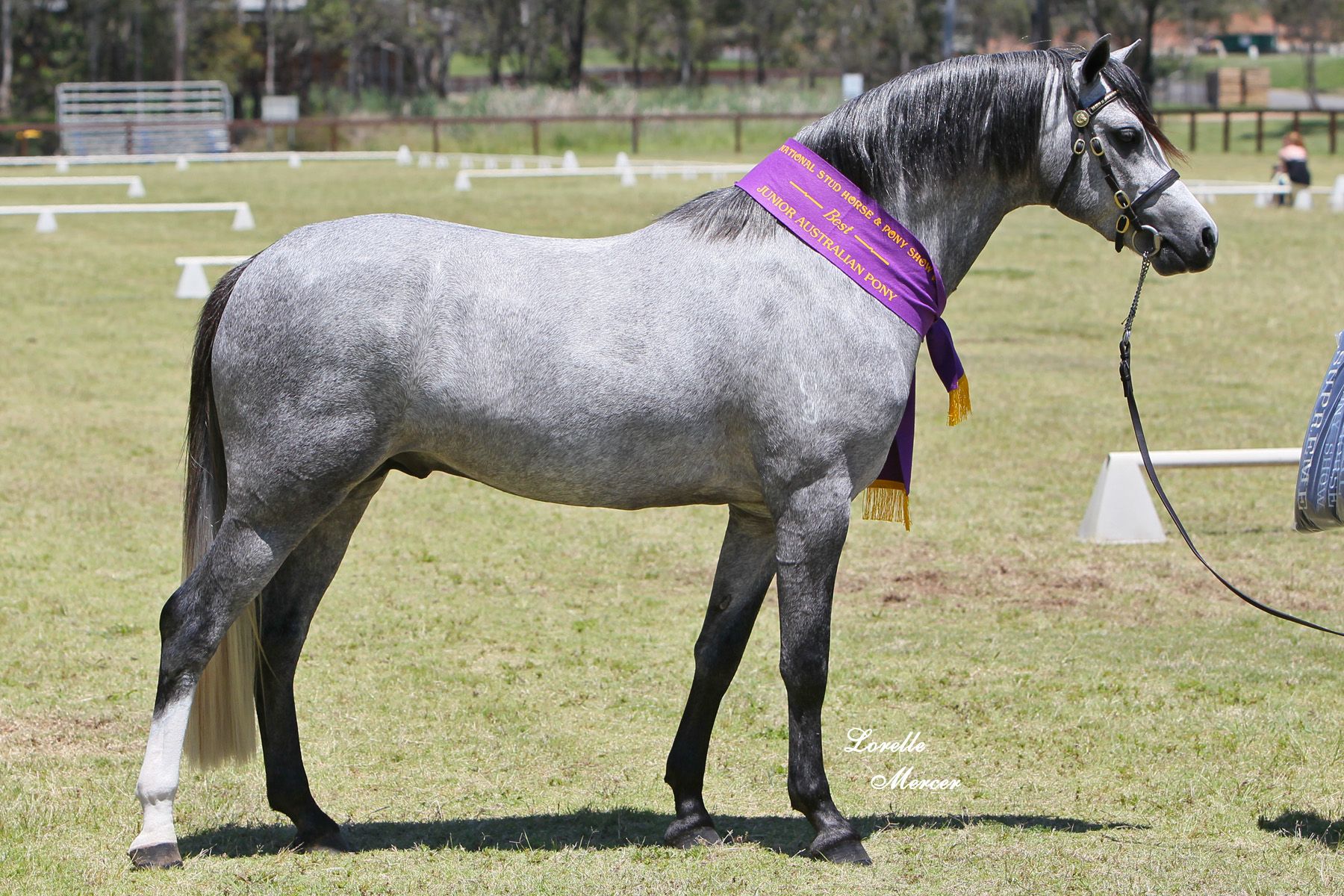 Breed origin:This flashy little breed has a history that coincides with European settlement in Australia. When the First Fleet anchored off the Australian coast in 1788, nine horses were brought ashore. These, plus the horses in the fleets that followed, formed the basis of many of Australia’s horse breeds. The Australian Pony really started to take shape in 1803, when a shipment of Timor Ponies arrived from Indonesia. As time passed and more equine bloodlines made their way over from Europe, a pony breed emerged that was refined, elegant, intelligent and gentle. The Australian Pony was heavily influenced by British breeds such as the Welsh Pony (especially the little Welsh Mountain Pony), the Hackney Pony, the Exmoor, the Shetland and the Highland Pony, as well as the Connemara and the Hungarian pony. Giving it a lighter, more horse-like build and that extra dash of elegance is a good helping of Thoroughbred and Arabian bloodlines. In 1931, the Australian Pony Stud Book Society was formed to record the pedigrees of ten pony breeds in Australia, including the Australian Pony, and the breed is now a common sight in showrings across the country.

Distinguishing features: Standing from 11 to 14 hands high, Australian Ponies have great presence and overall quality. They have a long, free-flowing action, tending to instinctively stand square and true – a much sought-after quality in the showring. All colours are seen, although grey is the most common. The Australian Pony’s head is refined and distinctly pony-like, with wide nostrils, large, dark eyes and alert ears. A subtly crested, relatively short neck meets well-defined withers and sloping shoulders. The breed has a strong back, deep girth and well-rounded hindquarters, with a well-set tail carried expressively. The pony’s fine, strong legs have proportionate joints, flat bone and short cannons, leading to strong, shapely hooves. Added to the Australian Pony’s excellent conformation is a docile, obedient temperament, with great spirit and enthusiasm thanks to its Arabian ancestry.

Modern day Australian Pony: Australian Ponies are most commonly used as children’s show mounts, or for small adult riders. They can compete in most disciplines, including combined driving, gymkhanas, show jumping, dressage and mounted games, but you will most often seem them in the show hunter arena, where their combination of good looks, movement and temperament comes to the fore.