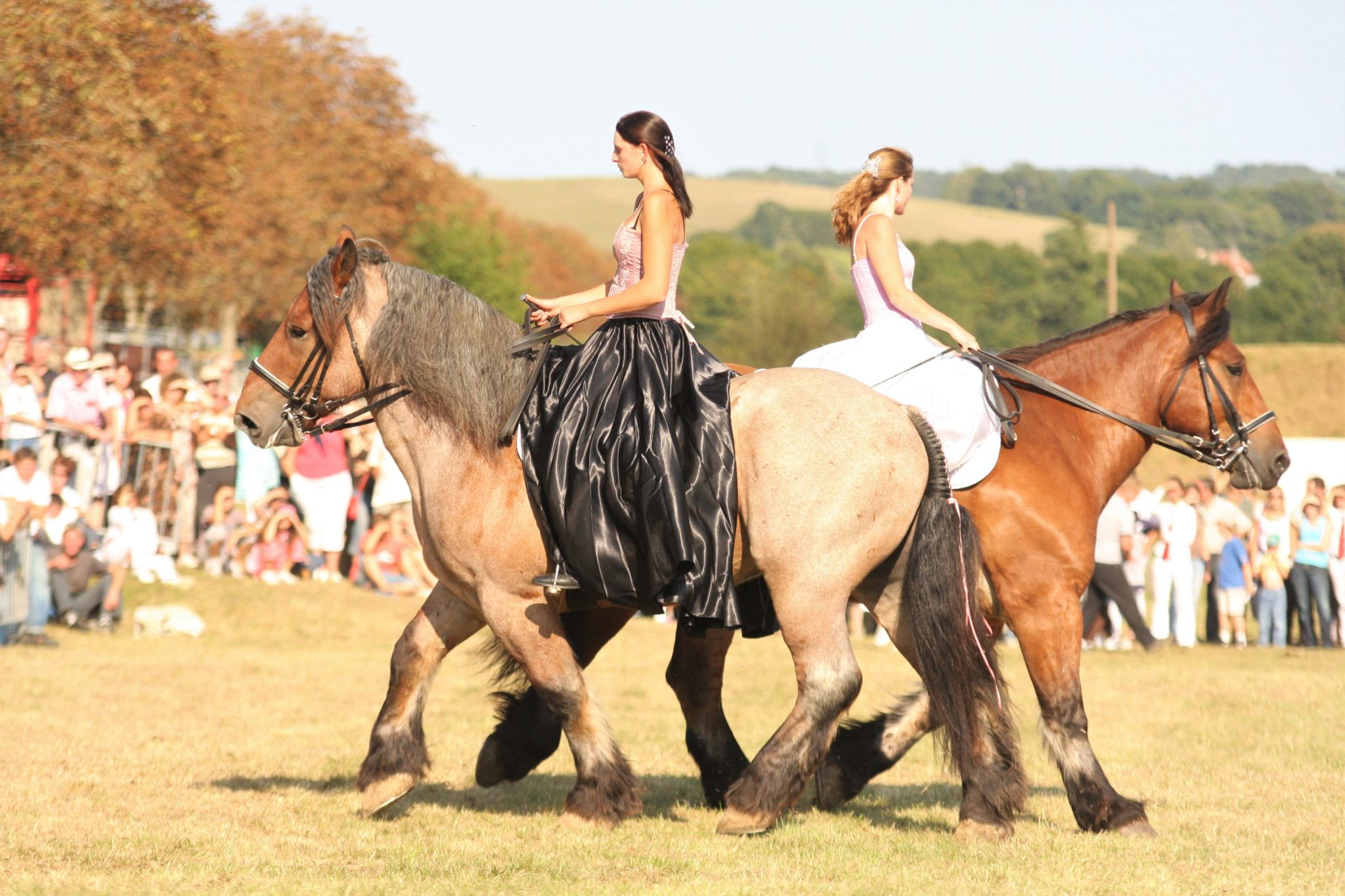 Breed origin: The Auxois is a draught horse breed from the Auxois region of eastern France. It is a direct descendant of the now-extinct Bourguignon horse, a stout, robust and hardy breed from the Burgundy region that was ridden by knights in the Middle Ages. Little else is known about the ancestors of the Auxois, but it was developed in the 19th century through foundation stock made up of Percheron, Ardennes, Boulonnais, and now-extinct Morvan horses. In the 20th century, Trait du Nord stallions were used to increase the breed’s size and power, with more Ardennes stallions used for the same reason.

Originally considered a sub-type of the Ardennes, the Auxois was recognised as a breed in its own right in 1913, although World War I and II severely slowed efforts to further solidify the breed’s physical characteristics. However, between the wars, it proved its worth as a working horse, becoming the preferred breed for all agricultural work in its native region.

After World War II, machines rapidly replaced horses and other working animals, and the population of the Auxois and most other draught breeds had reached the point of collapse by the 1960s. France addressed this crisis by converting its draught breeds into meat breeds, encouraging breeders to produce larger, heavier animals rather than stronger ones. Between the 1950s and the 1980s, the average weight of an Auxois increased from between 650-800 kilograms to between 800-1,000 kilograms. Unfortunate as this change of focus may have been, it did have the effect of safeguarding the gene pools of France’s draught breeds. Finally, in the 1990s, there was a revival of interest in riding and working with draught horses and the National Stud supported these new aims. The Auxois became a versatile breed for riding, driving and farm work.

Distinguishing features: Weighing between 700 and 950 kilograms, Auxois horses are immense, thriving on the lush pastures of Auxois yet still able to retain their condition living outdoors through the region’s harsh winters. They stand between 15.2 and 16.2 hands high and have a stocky, muscular build. They have a short head with a wide forehead and small ears, a short, well-set, muscular neck, long, sloping shoulders, a wide, deep chest, a deep girth and a short, broad back. They have long, well-muscled hindquarters and powerful, solid legs with broad joints and short, clean cannon bones. Their tail is carried low and there is very little feathering on their lower legs. Auxois horses are usually branded on their neck with the letters ‘TX’. They can be bay, bay roan, chestnut, red roan, grey or seal brown. The breed is much loved for its combination of immense power and gentleness.

Modern day Auxois: Today, the Auxois is still an endangered breed, and around half of the Auxois horses bred each year are intended for the meat market. However, this industry is shrinking, and the Auxois and other draught breeds are becoming popular for pleasure riding, driving, parades, historical re-enactments, equestrian tourism, logging, agricultural work and milking. With such a diverse range of disciplines available to them, their future is promising.