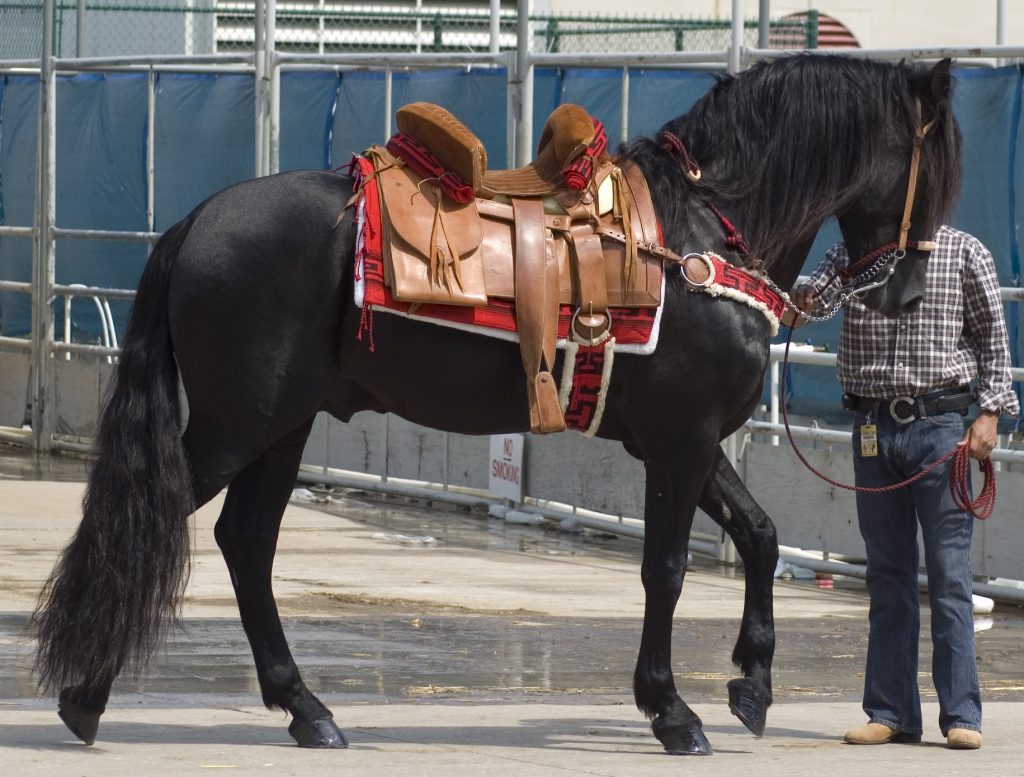 Breed origin: The National Horse of Mexico, the Azteca was first developed in 1972 as a mount for Mexico’s traditional horsemen, the charros. As part of their tradition, charros work with livestock and perform intricate reining manoeuvres with their horses. Spanish, or ‘baroque’ horses were very popular in Mexico thanks to their natural aptitude for cattle work, and the available Spanish bloodlines were mostly Criollo and Andalusian. These were crossed with American Quarter Horses to create the foundation for the Azteca breed.

Because there is so much variation between individual Quarter Horses, Criollos and Andalusians, at first independent breeders weren’t producing a consistent type of horse. To resolve this, the leading breeders formed the Azteca Horse Research Center and developed breed standards that would best suit the needs of the charros. The first official Azteca was a stallion named Casarejo. Born in 1972, he was a Quarter Horse-Andalusian cross. Every Azteca horse since then has been the subject of careful scientific assessment, with the phenotype gradually developing and strengthening as the breed matures. Azteca horses cannot have more than six eighths of any of the three founding breeds in their genetics, and must pass rigorous inspections before being approved for registration.

In 1992, the International Azteca Horse Association was created to help the breed expand worldwide. Affiliations have been formed in Canada, the United States, Central and South America, Spain and Australasia. In the United States, a subtype developed with the addition of American Paint Horse bloodlines and the side-stepping of Criollo bloodlines. This may have been due to the small population of Criollos in the US compared to South America, but regardless, the US association is not recognised by the Mexican registry.

Distinguishing features: The horse of the charros is athletic, intelligent, courageous, eager to please, hard-working, tough and flashy. It looks similar to its Spanish ancestors, with well-defined muscling and a square build allowing natural collection and balanced movement. It has innate cow sense, can turn on a dime and gives a very smooth ride thanks to its free, mobile gaits. The Quarter Horse has imparted all the more strength, speed, agility and docility, not to mention incredibly powerful hindquarters. The head of the Azteca is lean and aristocratic with expressive eyes, small, pricked ears and a straight or slightly convex profile. Its slightly arched, muscular neck meets broad withers, a deep, wide chest and long, sloping shoulders. The Azteca’s back is straight, strong and fairly short, set above a deep, full girth. Its croup is broad and well rounded and its long, flowing tail is set medium-low. The breed has fine, strong legs with good joints and hard hooves. Aztecas stand between 14.3 and 16.1 hands high and can be any solid colour (except America Aztecas, which can be pinto as well). Although Aztecas have great sensitivity, energy, heart and grace, they are also sensible and easy to manage.

Modern day Azteca: Aztecas are known for their versatility and athleticism, which sees them excel in the Charrería (Mexican rodeo) along with other Western-style events including reining, cutting, team penning and roping. They are also ideal for both classical and modern dressage as well as ranch work, polo, pleasure riding, trail riding and even jumping.