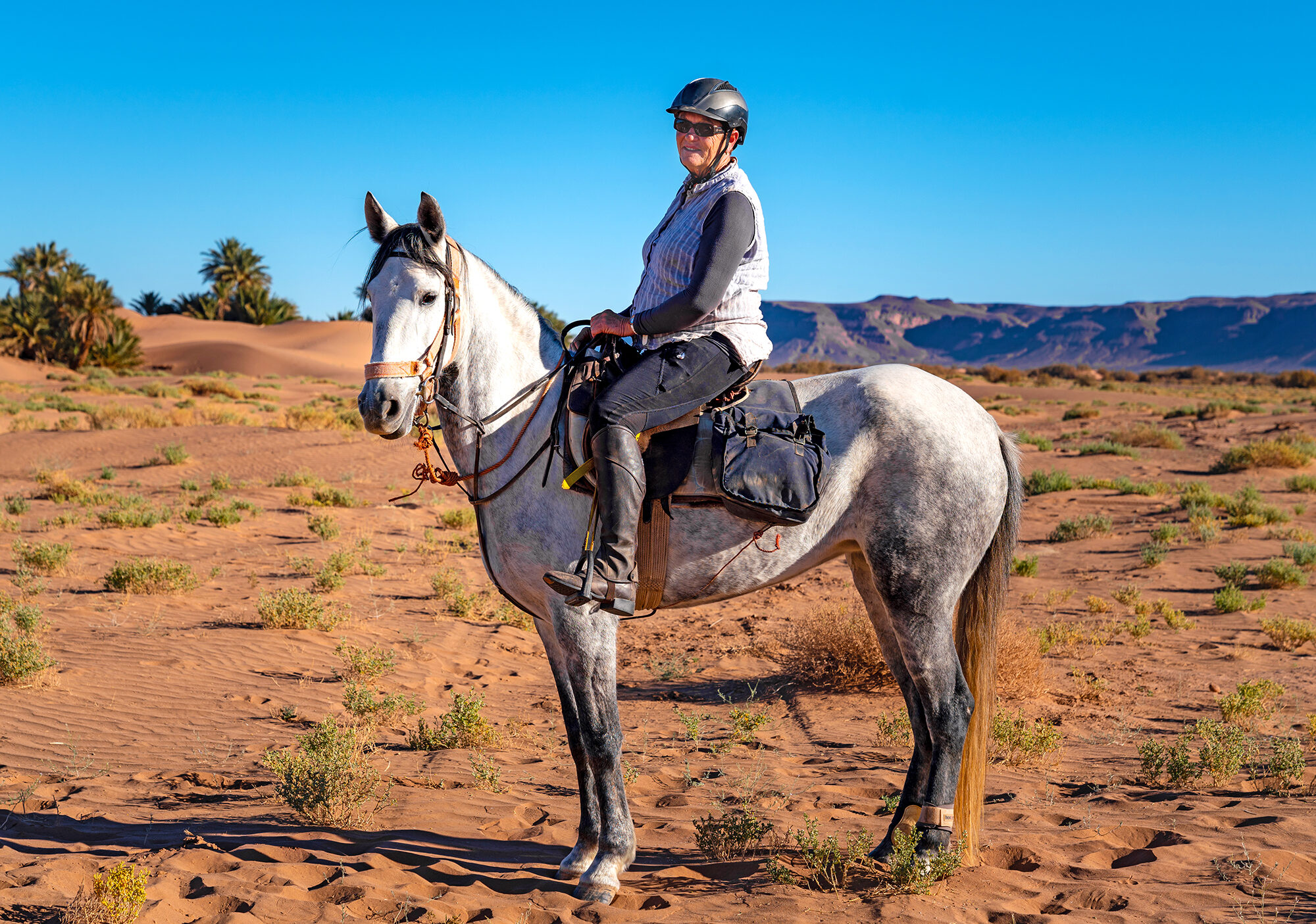 Breed origin: The Barb is a northern African horse known for its great hardiness and stamina. The exact origins of this breed are unknown, although it was written of in the second century BC and was certainly well-developed by the 8th century. There is also controversy over whether Barb and Arabian horses share a common ancestor, or if the Arabian was a predecessor – or descendant – of the Barb. Certainly, the modern Barb has been influenced by the Arabian and the two are commonly interbred to produce Arab-Barbs combining the best traits from both breeds.
Claudius Aelianus, a second-century Roman writer, said of the Barbs (or Numidian horses, as they were known then), that they were “extraordinarily fast and strong and withal so tame that they can be ridden without a bit or reins and can be guided simply by a cane.”  These traits were essential to the Berber tribes who bred and rode them. While Arabian horses needed to be able to carry out raids at break-neck speed, Barb horses needed agility, obedience and unbelievable courage to engage in close combat. This style of riding, called ‘jineta’, required the horse to anticipate his rider’s movements – and his opponent’s – and obey without question as they dodged, parried and struck. This incredible agility was later utilised in Spain to develop the Andalusian.
As empires and religions rose and fell, the Barb was influenced by ‘oriental’ breeds, such as the Arabian, the Akhal-Teke and the Caspian, as well as Iberian horses brought to Africa by the Berber invaders who conquered southern Spain in 711. Later, returning conquerors and Spanish settlers, merchants and armies would have brought more Iberian and European draught horses to Africa. However, the Barb’s core traits proved very enduring, and the influences of these other breeds are quite subtle.
The Barb itself went on to influence countless European breeds, most notably the Thoroughbred and the Lusitano. But the boon for these horses came when the Spanish put them on ships and sailed them to the New World. There, Barb and Iberian horses had to prove their worth in the harshest of conditions, and their descendants gave rise to a plethora of highly specialised breeds including the Criollo, the Mustang, the Quarter Horse, the Spanish Mustang, the Appaloosa and the Paso Fino. All of these breeds have inherited the Barb’s strong, compact build, agility, intelligence and courage.

Distinguishing features: The Barb is a light riding horse with a powerful chest, strong, arched neck, high wither, short back and sloping croup. The Barb has fine, clean legs, strong but narrow hooves, and a narrow head with a slightly convex profile. It is hardy and posesses incredible stamina. The Barb’s movements are not particularly flashy, but it gallops like it could run all day. Thanks to later Arabian influences, the predominant colour is grey, but black, bay, chestnut and brown are also seen. The Barb stands between 14.2 – 15.2 hands high and is usually very spirited, but also highly trainable and obedient.

Modern day Barb: The Barb is now bred primarily in Morocco, Algeria, Spain and southern France. Identifiable types or sub-breeds include the Moroccan Barb, the West African Barb, Tunisian Barb, Algerian Barb, Spanish Barb and Abaco Barb. Due in part to economic difficulties in North Africa, the number of purebred Barbs is decreasing. However, they are still a much-admired breed and are commonly used for farm work, herding and handling livestock, ceremonial processions, long-distance riding, draught work and pleasure riding. They are also a popular mount in the Moroccan tbourida, or fantasia festival, in which huge troops of horsemen re-enact wartime cavalry charges. The Barb is commonly crossed with the Arabian, as the Arab-Barb is a capable draught horse and ideal riding horse.