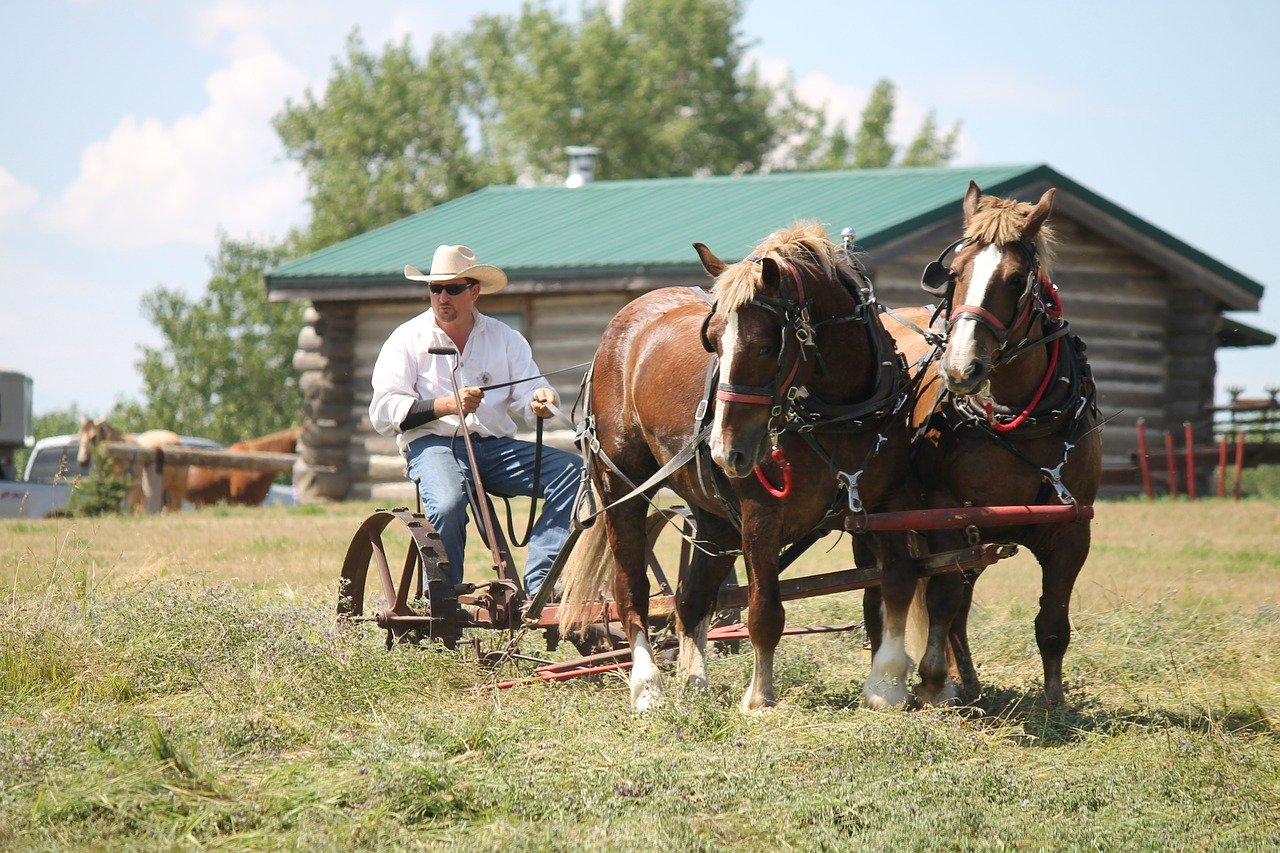 Breed origin: The Belgian Draft Horse is a breed from the Brabant region of modern Belgium. Many believe it is descended from the destrier – the best-known Medieval war horse. Regardless, it is certainly true that the Belgian was a fine war horse in centuries gone by. The foundation stock for the breed was originally known as the Brabant, which was carefully bred in the Brabant region as a versatile heavy horse with exceptional pulling power and unique adaptations to the local climate and soil. Until the 1940s, the Belgian and the Brabant were essentially the same breed, but after World War II, the Belgian was bred to be taller and lighter bodied, while the Brabant was bred to be heavier and thicker bodied. Today, all Brabant horses are Belgians, but not all Belgians are Brabants. The Belgian was imported to the United States in very high numbers, and is now the most populous draught horse breed in the country. It has also influenced a number of other heavy breeds over the centuries, including the Suffolk Punch, Clydesdale, Shire, Australian Draught Horse, South German Coldblood, Dutch Draft and Ardennes.

Distinguishing features: The Belgian Draft Horse is one of the tallest and largest breeds in the world. In fact, the world’s tallest living horse is a Belgian called Big Jake, who stands 20.2 hands high! Most Belgians stand 16-17 hands high, although Brabants are shorter. The average weight is just over 900 kilograms, or 2,000 pounds. The world’s largest (but not tallest) Belgian, Brooklyn Supreme, weighed 1,451 kilograms (3,200 pounds!). As you would expect, the Belgian’s size and weight makes it an incredibly strong breed capable of pulling immense loads, whether for farm work, transportation or sport. The breed has relatively short legs and a comparatively small head, which is refined and well-shaped with a kind, intelligent expression. The entire body is broad and muscular, with a short neck, broad back, deep girth and powerful loins. The hindquarters are huge, with characteristic ‘double muscling’ over the croup. Most Belgians are chestnut with a flaxen mane and tail, but they can also be sorrel, bay or roan. White markings on the head and legs are common and their fetlocks are lightly feathered. They are true gentle giants, with a docile, gentle temperament and a willing attitude.

Modern day Belgian Draught Horse: Many Belgians are still used on farms as working animals, but the breed has also become popular in the show ring both in harness and under saddle. They are also often used in pulling competitions and have become popular pleasure mounts in recent years, too.