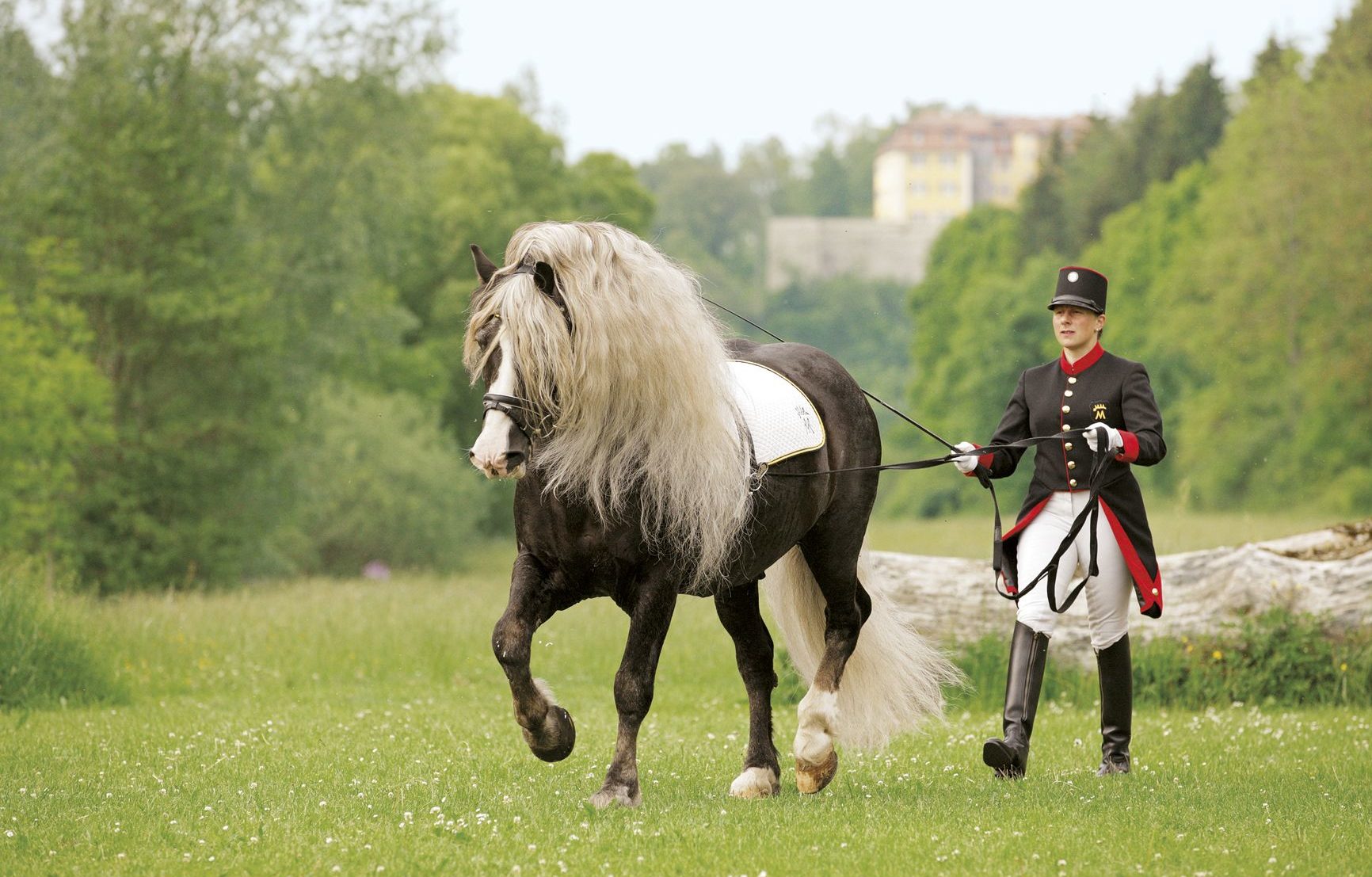 The breed’s first studbook was established in 1896, and for a time, these horses thrived throughout Germany. They survived both World Wars relatively unscathed, with over 1,200 broodmares still registered at the end. It wasn’t until agriculture and forestry became widely mechanised that Black Forest Horses began to seriously decline in numbers. By 1981, only 160 broodmares were registered. To maintain interest in these sturdy, mid-sized horses, breeders adjusted their aim to producing ‘a gentle minded, versatile family horse’. The German government assisted breeders to keep the Black Forest Horse alive, and they became popular and versatile pleasure horses for both riding and driving.

Distinguishing features: Characterised by their luscious locks, Black Forest horses are known for the contrast between their rich chestnut coat, which ranges in tone from light to dark chocolate brown, and their long, thick, flaxen mane and tail. The most popular colour is called ‘Dunkelfuchs’, or ‘dark fox’: a very dark coat with a silvery mane. Overall, they have a light to midweight draught horse build. They have great strength and endurance, with a short, strong neck, sloping shoulders, muscular back and croup, and powerful hindquarters. Their head is short and clean, with eyes that speak of their kind temperament. Their legs have plenty of bone and no feathering, and they have big, solid hooves. Black Forest Horses generally stand between 14.2 and 15.3 hands high and live very long lives. They have a famously gentle, patient disposition, lively movement, and they’re very easy keepers.

Modern day Black Forest Horse: Today the Black Forest Horse population includes around 90 stallions and 1,100 mares. It is still listed as an endangered breed in Germany, where there are 46 stallions and about 700 mares. Black Forest Horses are used for a range of riding and driving disciplines, and sometimes they’re still used as farm and packhorses. They cut an especially fine figure as carriage horses in parades. Their wonderful temperament makes them ideally suited for novice riders and children, as well as for therapy work.