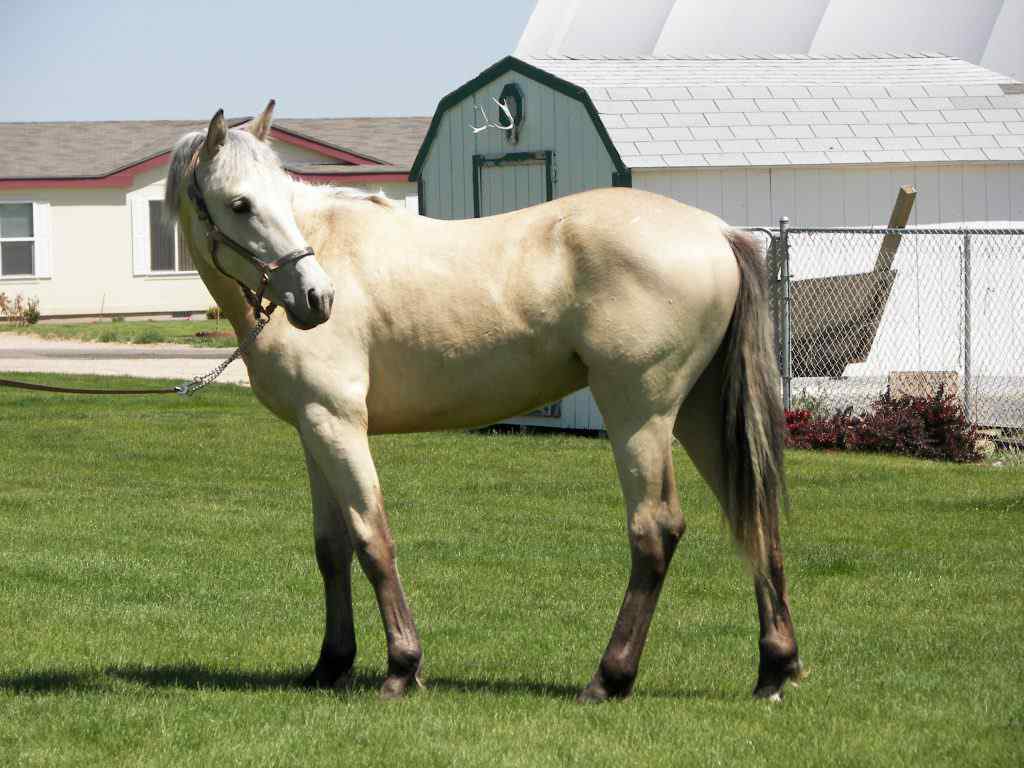 Breed origin: The Blazer horse breed was developed in the 1950s and 60s in northwestern America. The entire breed traces back to one chestnut stallion named Little Blaze, who was foaled in 1959. Neil Hinck was the owner and breeder, an American horse trainer who came from a ranch family and had extensive experience with breeding. He producer the Blazer by combining the American Quarter Horse and the Morgan Horse, with the blood of the Shetland Pony and Thoroughbred.

The American Blazer Horse Association was set up in 1967 in Idaho to preserve the breed. Registered Blazer horses in stud book must have at least one parent with documented lineage to the stallion Little Blaze.

Distinguishing features: Not exceeding 15 hands at full maturity, Blazers come in many shades of dun as well as black, bay, chestnut, buckskin and palomino. They have a refined head, bold eyes, extreme sloping of the shoulders, short backs and thick bone for strength and durability.

Blazers are known for having gentle and intelligent dispositions. In fact, the American Blazer Horse Association is one of the few Associations that mandate a gentle disposition as a register-able trait!

Modern day Blazer: Bred to meet the demands of daily ranch work while still being gentle, Blazers can still be found on farms around America today. They are also known for being versatile at any sport competition.