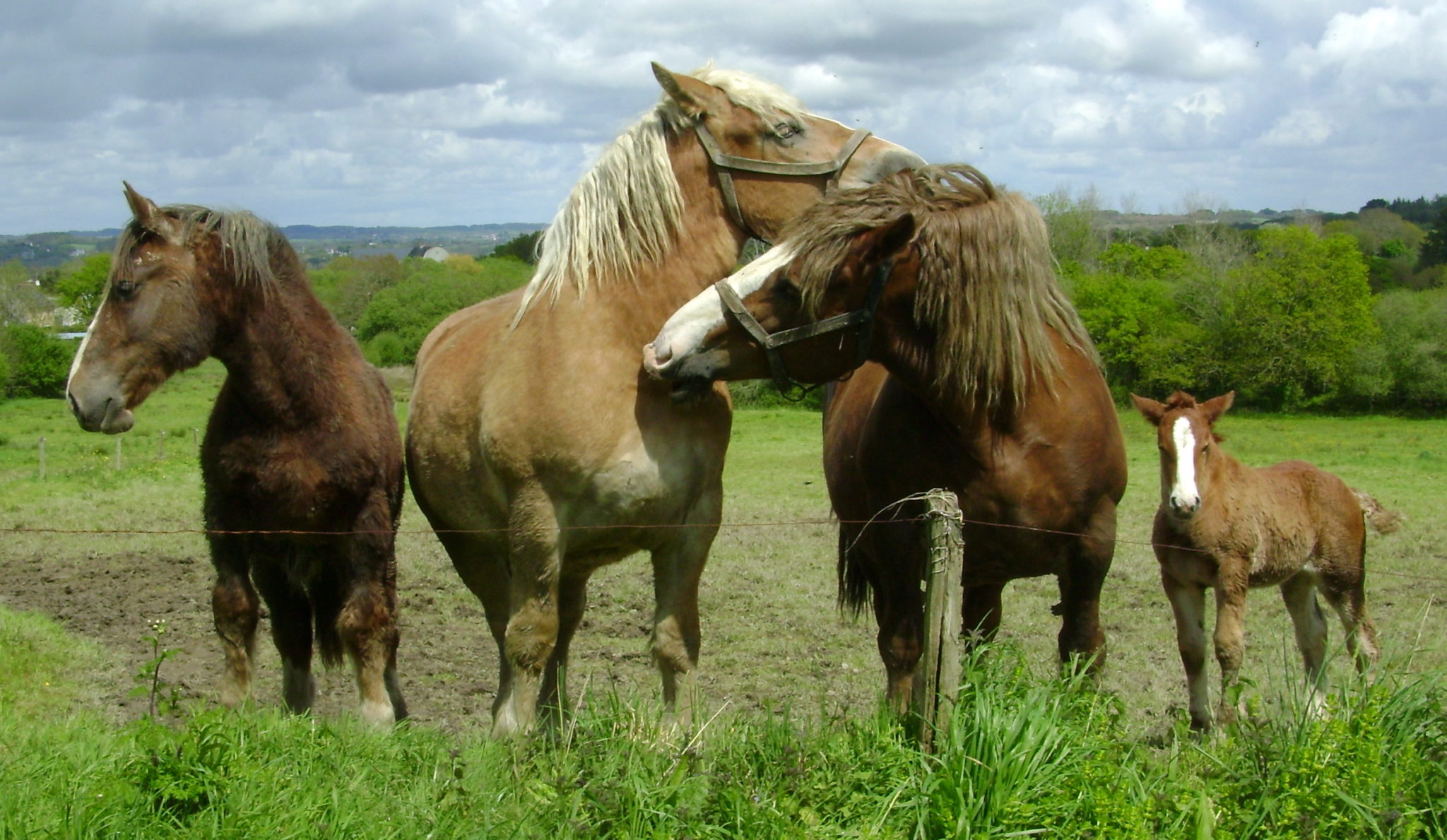 Country of origin: Brittany, a province in northwest France

Breed origin: There are a few differing opinions as to how the Breton horse developed. One theory suggests they were brought to Europe by Asian migrators some four thousand years ago. Another theory is that they were initially bred by Celtic warriors. Either way, they have developed over time through the cross-breeding of many different European and Oriental breeds.

Distinguishing features: There are several sub-types of Breton horse today, all with slightly different features. The Trait Breton and Postier Breton are officially recognised in the breed’s studbook and have a very attractive gait for such large animals. The Breton horse can be anywhere from 15 to 16 hands high and are generally chestnut or red roan with a flaxen mane and tail, although bay and other colours are known to be registered.

Modern day Breton: Due to the various sub-types of the breed, the Breton horse is used in many capacities. Smaller types are used under saddle for fast, light draft work, while larger types are ideal for heavy draft and agricultural work. Today, the breed is predominantly used as a draft horse on small farms and also to gather seaweed.