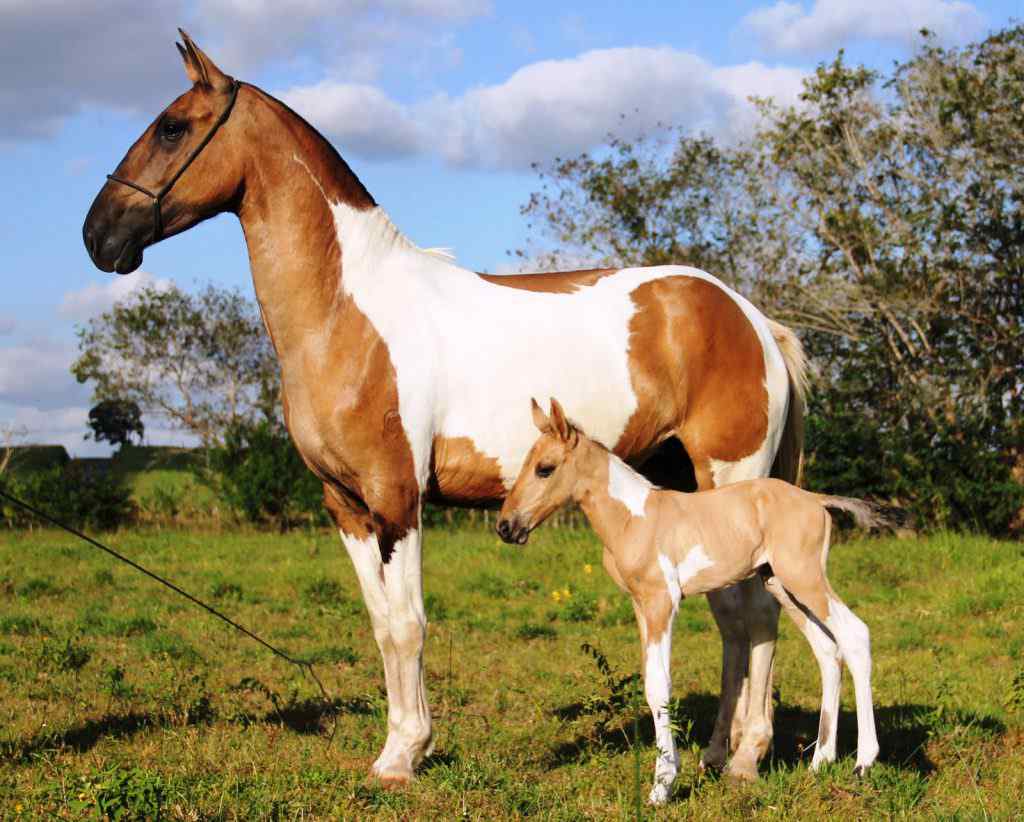 Breed origin: The Campolina is named after Cassiano Campolina, the Brazilian farmer who developed the breed. Back in 1870, Campolina’s friend gave him a black mare of Barb ancestry named Medéia, which he bred to an Andalusian stallion. The resulting foal, a grey colt named Monarca, is considered the foundation stallion of the Campolina breed. For the next 25 years, Campolina combined Monarca’s bloodlines with those of the Clydesdale, Holsteiner, Anglo-Norman, American Saddlebred and Mangalarga Marchador in his quest to produce a versatile saddle horse with great ‘brio’ – a trait that can be described as ‘willing energy’ – and smooth gaits. By the 1930s, the breed standard had been set and the studbook was closed. Clearly, Cassiano Campolina wasn’t the only one to appreciate his unique horses, as there are now around 85,000 registered Campolina horses and over 7,300 registered breeders!

Distinguishing features: The largest of the three Brazilian gaited horse breeds, the Campolina stands around 15 to 16 hands high. Its physique is lean yet well balanced, clearly showing its baroque heritage. The Campolina’s head has a distinctive, pronounced convex profile – a Roman nose of sorts, with the curve starting between the horse’s eyes rather than near the ears. The ears themselves tend to be quite long, a trait that is often emphasised by hogging the mane or clipping a long bridle path. The Campolina’s arched, streamlined neck meets well-developed withers and a muscular chest, leading to a mid-length back. The croup and withers are not too pronounced, as it is the balance between the two that facilitates the Campolina’s smooth gaits. As well as the usual gaits, the breed has a smooth, four-beat ambling gait called the ‘true marcha’, or marcha verdadeira. It is very comfortable for the rider and enables the horse to cover long distances with great efficiency. Campolinas can be almost any colour, although silver-grey is favoured as it is seen as a throwback to the foundation stallion, Monarca. Many dun Campolinas have primitive markings such as a dorsal stripe, shoulder stripe, pale ‘guard hairs’ on the sides of the mane, and zebra stripes on the legs. The breed is known for its great stamina, trainability and good temperament.

Modern day Campolina: Most Campolinas are still found in their homeland, Brazil, where they are often used for pleasure and trail riding as well as ranch work. They are also gaining a reputation as excellent dressage and driving horses.