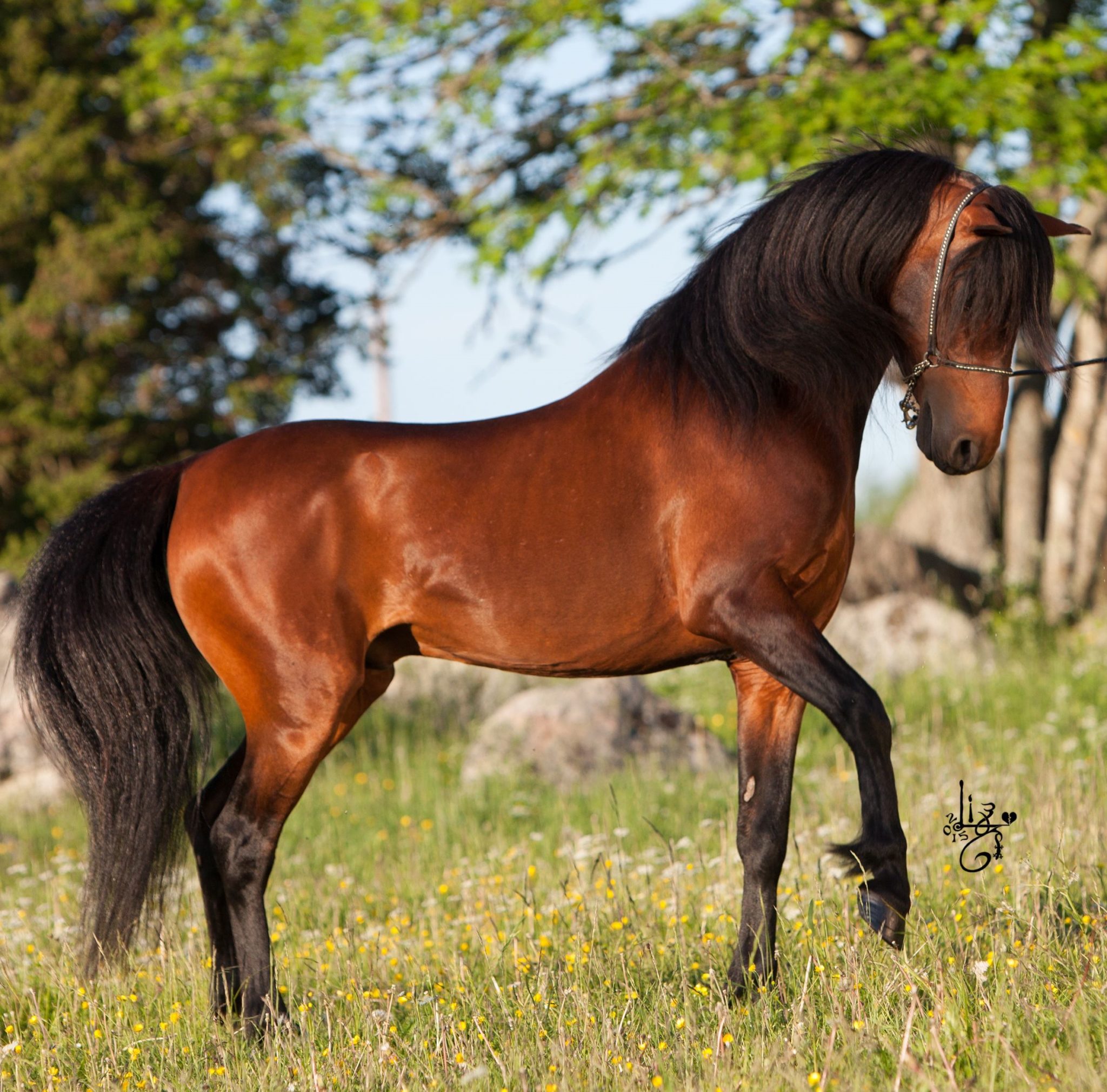 Breed origin: The Caspian is believed to be one of the oldest horse breeds in the world. Persian art and artifacts from as early as 3,000 BC depict small, refined horses, often ridden or driven by nobles and kings. The oldest known specimen of Caspian horse was unearthed in a cemetery dating back to 3,400 BC in northern Iran. This harsh, mountainous region, combined with selective breeding by the Persian Empire, resulted in a small, tough, nimble and strong breed. Genetic studies strongly suggest that the Caspian is ancestral to all other oriental breeds including the Arabian, and through the Arabian, a forerunner of a huge percentage of modern breeds.
Despite the Caspian’s prominence in ancient times, after the Mongol and Islamic conquests of the 6th century AD, the breed was more or less unheard of until 1965! Long presumed extinct, their population was small and in dire straits when Louise Firouz, an American-born breeder of Iranian horses, rediscovered them. She was living in Iran and searching for children’s ponies for her riding school when she found these small, refined, oriental-type horses in the Elburz region above the Caspian Sea. Naming them for the region, she spent the rest of her life researching, identifying, breeding and advocating for Caspian horses. The massive political upheavals that have occurred in Iran since the 60s, combined with the northern region’s poverty, made Firouz’s task extremely difficult: many of the remaining Caspians were malnourished, semi-feral, and not selectively bred. However, the strength of their genes was evident in the quality of these animals and soon breeding centres were established in Iran, Europe and the US.
The Caspian is now classified as Iran’s Living National Treasure, and after her death in 2008, Firouz became the first woman ever to be honoured as a Turkmen elder. Today, the International Caspian Society monitors and supports the breed, with national societies established in Iran, the US, the UK, Australia, New Zealand, Norway and Sweden. Their population is ever-growing as their incredible beauty, elegance, strength, hardiness, intelligence and good temperament win them more and more fans.

Distinguishing features: Caspians are known for their affectionate, curious, loyal and social disposition, with stallions frequently handled by children and turned out together. They are a true ‘miniature horse’, with the morphological and genetic traits of a horse rather than a pony, despite typically standing between 10.2 and 12.2 hands high. The overall appearance is that of a well-bred, elegant horse in miniature. Caspians have large eyes and nostrils, small ears, a fine muzzle and a wide, vaulted forehead. a short, find head with large eyes and short ears. Their long, graceful neck meets sloping shoulders and good withers, with a fine yet abundant mane. Their body is slim, with a deep girth, high croup and long, sloping hindquarters. The distance from their hips to their hocks contributes to their incredible jumping ability. Caspians have slender yet strong legs and exceptionally hard, oval-shaped hooves that rarely need shoeing. Their high-set tail is long and silky, carried expressively in action. The breed’s movements are light and agile, with a natural floating action at all gaits. They are intelligent and alert, yet kind and willing, and extremely hardy. Caspians are typically bay, grey, black, dun or chestnut, but all colours except pinto are allowed.

Modern day Caspian: In their homeland of Iran, Caspians are mainly used as cart ponies. They are valued for their speed and agility, adept at pulling and carrying heavy loads through narrow streets and bazaars. Further afield, they are valued as excellent children’s mounts and smart, responsive light driving ponies. They are also excel at dressage, show jumping, eventing, mounted games, cross country, pony racing and endurance riding.