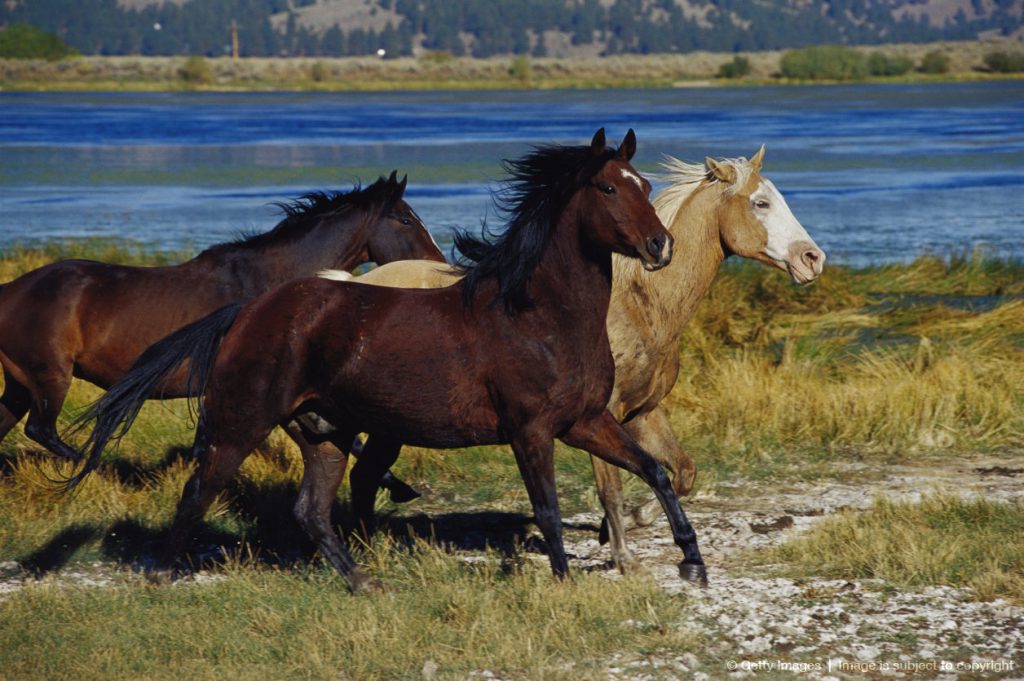 Breed origin: The actual origin of Cerbat Mustangs is unclear and there are a number of theories as to how the breed developed. One theory states that the Cerbat Mustang is descended from Spanish Mustangs brought to the US in the 1500s. While another theory suggests they arrived in the 1700s or were abandoned by ranchers in the early 1800s.

However, they have been identified by DNA testing as of Colonial Spanish Horse ancestry and today wild bands of them can be found in Arizona. For this reason, they are accepted by the Spanish Mustang registry as there is no formal Cerbat horse registry.

The Cerbat herds were documented as well-established by 1860 but in 1971 numbers dropped dramatically during a severe drought when many ranchers shot many free-roaming horses, believing they were competing with their cattle for scarce water and food resources. Around that same time, around 18 Cerbats were captured and preserved in private herds. In 1990, the Bureau of Land Management discovered another small wild population and blood testing determined they were related to the horses that had been preserved in private herds.

While Cerbat stallions in captivity have been bred to mares of other Spanish Mustang ancestry to keep the bloodline alive without any in breeding, the Cerbat breed is still scarce. Only around 45 horses are registered and a stable number of about 70 are found on the Cerbat HMA (the US Bureau of Land Management’s Horse Management Area).

Distinguishing features: Similar to the Andalusian in conformation and with characteristics consistent with other Spanish horse breeds, the Cerbat Mustang is most commonly chestnut, bay or roan in colour, although there are some grays, blacks and duns found in Arizona. Unlike some roan foals of other breeds that are born a dark colour and gradually fade to roan as they get older, roan Cerbat foals are born roan. Markings on their legs and heads are common. They are considered calm, quiet and intelligent horses, and some even possess the ambling gait (four-beat intermediate gait).