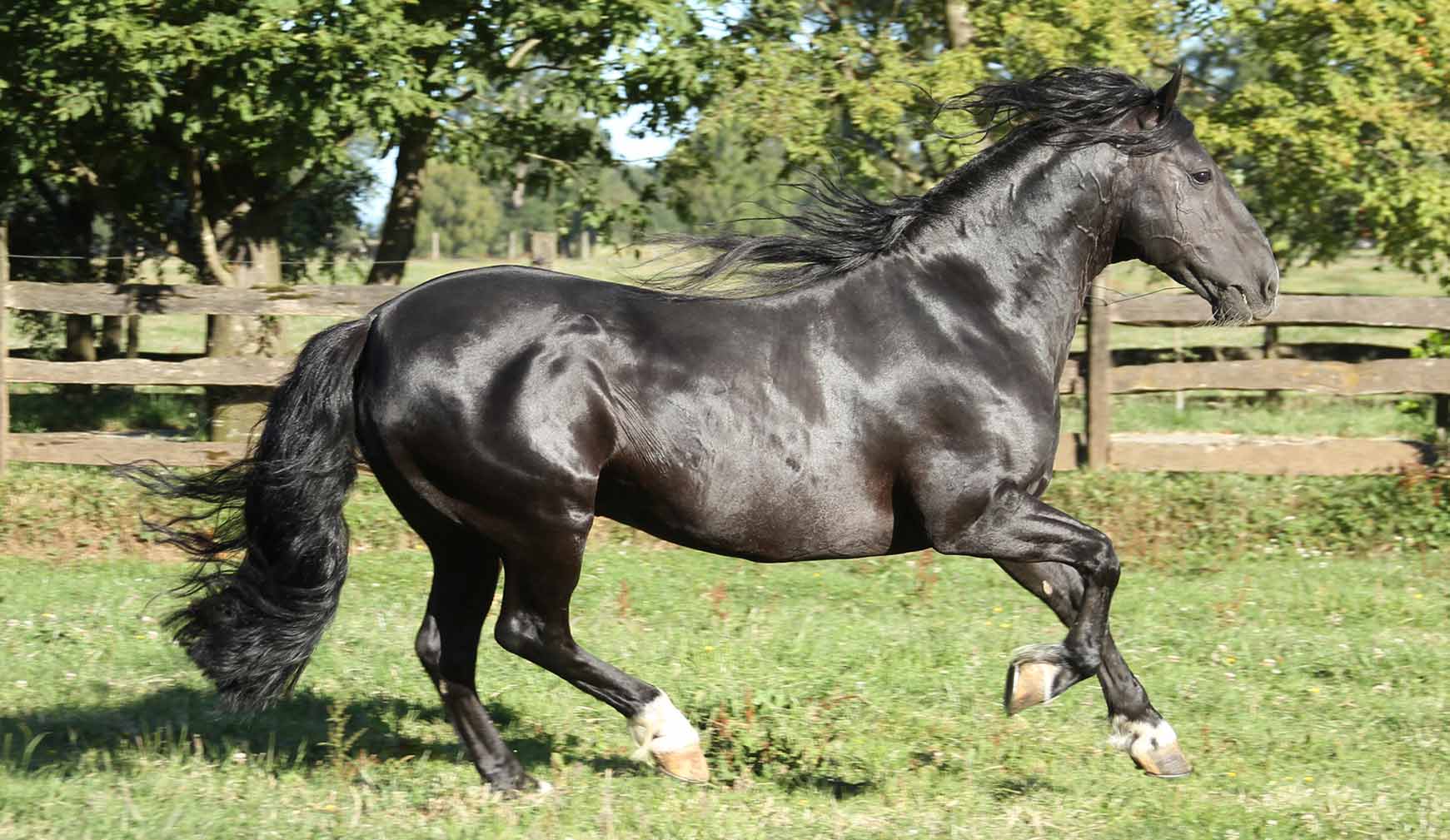 Breed origin: The Chilean Horse is the oldest South American horse breed and the oldest registered stock horse in the Western Hemisphere. It descends from the horses who travelled with the Spanish conquistadors from Peru to Chile in the 16th century. Many who set out on this extremely perilous journey never finished it, and the bones of 47 Spaniards, around 13,000 Native American and African slaves, and about 160 horses littered their tracks. After crossing the Andes mountains and the Atacama Desert to reach central Chile, only the hardiest horses remained. It was these animals that formed the foundation stock for Father Rodrigo Gonzalez Marmolejo’s stud in what was then known as New Extremadura. Geographical isolation allowed the breed to develop in a pure form, guided by the environment and the needs of the people. For almost 350 years, the settlers battled with the Mapuche tribes, who were fantastic horsemen. The Chilean Horse was refined into an outstanding war mount, and several varieties were bred for different purposes such as battle, parading, pacing and cattle work.
By the 18th century, Chile’s yearly livestock roundups had reached a massive scale, with about 7,000 head of cattle herded down from the mountains to the sorting pens. This intense, challenging cattle work was the basis of the disciplines celebrated in the modern Chilean Rodeo. In the 19th century, the Chilean war of emancipation further deepened the country’s appreciation of the breed, and the number of studs devoted to the development of the Chilean Horse increased hugely. The  breed registry was formalised in 1893. The breed standard was established in 1921, and has only been altered once. The development of the Chilean Rodeo over the past century has ensured the Chilean Horse’s continued popularity – contestants cannot ride horses of any other breed!

Distinguishing features: The Chilean Horse is docile, trainable, courageous and alert. The breed is prized for its agility, cow sense, work ethic and hardiness. It stands between 13.1-14.2 hands high and its mane, tail and forelock are among the thickest in the world! Its head has a slightly convex profile, wide nostrils and alert eyes. The back is strong and wide, the legs are strong and thick-boned, and the hooves are small and hard. All coat colours are accepted except partial or total albinos, although solid colours are preferred.

Modern day Chilean Horse: The Chilean Horse remains a prized cowhorse, and its public stomping ground, the Chilean Rodeo, attracts huge crowds. Chilean huaso (horseman) culture is alive and kicking, and the breed is absolutely fundamental to the huaso way of life. About 7,000 Chilean Horses are produced every year, but most breeders produce three or less horses a year!

References: The Chilean Horse, International Museum of the Horse.