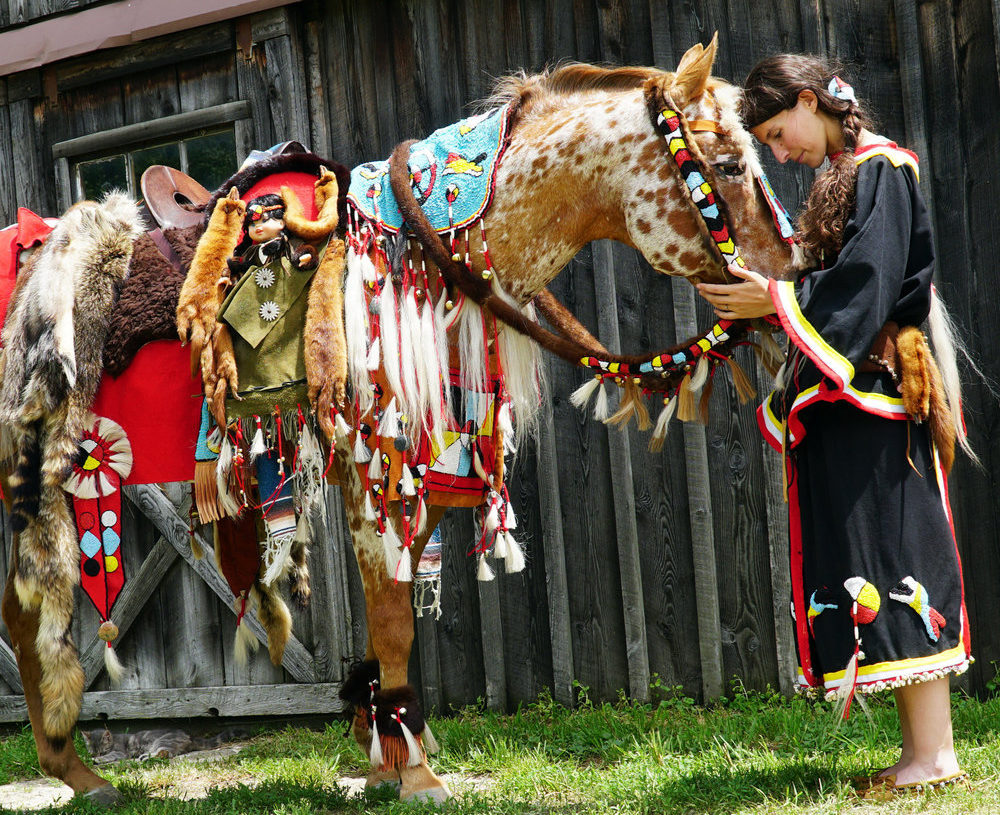 Breed origin: The Colorado Ranger is named for its homeland, the Colorado High Plains in the USA. The breed’s story begins in 1878, when General U.S. Grant visited Sultan Abdul Hamid of Turkey. As a token of their friendship, the Sultan presented the General with two fine stallions: a grey Barb named Linden Tree and a desert-bred Arabian named Leopard. The stallions’ influence in the US was huge and their blood now runs through almost every American horse breed. Fifteen years after arriving in the US, the stallions were brought to Nebraska for the summer. Here, General L.W. Colby bred Leopard and Linden Tree to his ranch mares, and the foundation for the Colorado Ranger was laid.

It wasn’t long before horsemen in Colorado began to hear tell of the fine horses of Colby Ranch, and several large outfits arranged to purchase a group of them, including one stallion. The mares were all sired by either Linden Tree or Leopard, and the stallion, Tony, was Leopard’s grandson on both sides. Tony was bred to the Colby mares for many years with great success. While colour was not a priority at first – superior ranch horses were the goal – spotted coat patterns became so common that they were eventually included as a breeding aim.

The next development came when Mike Ruby, a well-respected horseman, took a shine to these horses. At the time, the Whipple Ranch was carrying on the line-breeding program using the seed stock from General Colby’s ranch. Ruby purchased one of Tony’s sons, Patches, and another stallion called Max from the Whipples. With 300 mares in his herd, Ruby started his own breeding program. He kept meticulous records of his mares, stallions and offspring, including their dates of birth, colouring, and complete pedigrees! Patches and Max produced three sons that Ruby considered worthy of the Colorado Ranger line, and these five stallions are seen in the pedigree of every Colorado Ranger in existence. The breed was officially registered in 1935.

Mike Ruby was passionate about his horses, saving huge numbers of Colorado Rangers during the drought in the 1930s by driving them more than 300 miles (480 kilometres) to greener pastures, then driving them all the way back home when the rains returned. He also leased groups of his horses to other ranchers as breeding stock, resulting in shared bloodlines between the Colorado Ranger, Quarter Horse, Appaloosa and other western working horse breeds. It’s believed that as many as one in eight Appaloosas has Colorado Ranger blood!

Distinguishing features: Although they can be any colour except pinto, Colorado Rangers usually have appaloosa coat patterns. They stand between 14.2 to 16 hands high and have a refined, compact build. They have a straight head with eyes that reveal their intelligence, a long, muscular neck and a deep chest. Their shoulders and croup are sloping, their back is compact and their legs are short and strong. Colorado Rangers are known for their stamina, athleticism, cow sense, work ethic and good disposition.

Modern day Colorado Ranger: Today, there are more than 6,000 registered Colorado Rangers, with many more believed to exist without recognition of their bloodlines. They are now bred in America’s west, midwest and east, and there are also stud farms in Canada. Still used for their original purpose as ranch horses, Colorado Rangers are also used for trail riding, pleasure riding, and a number of Western and English show disciplines.