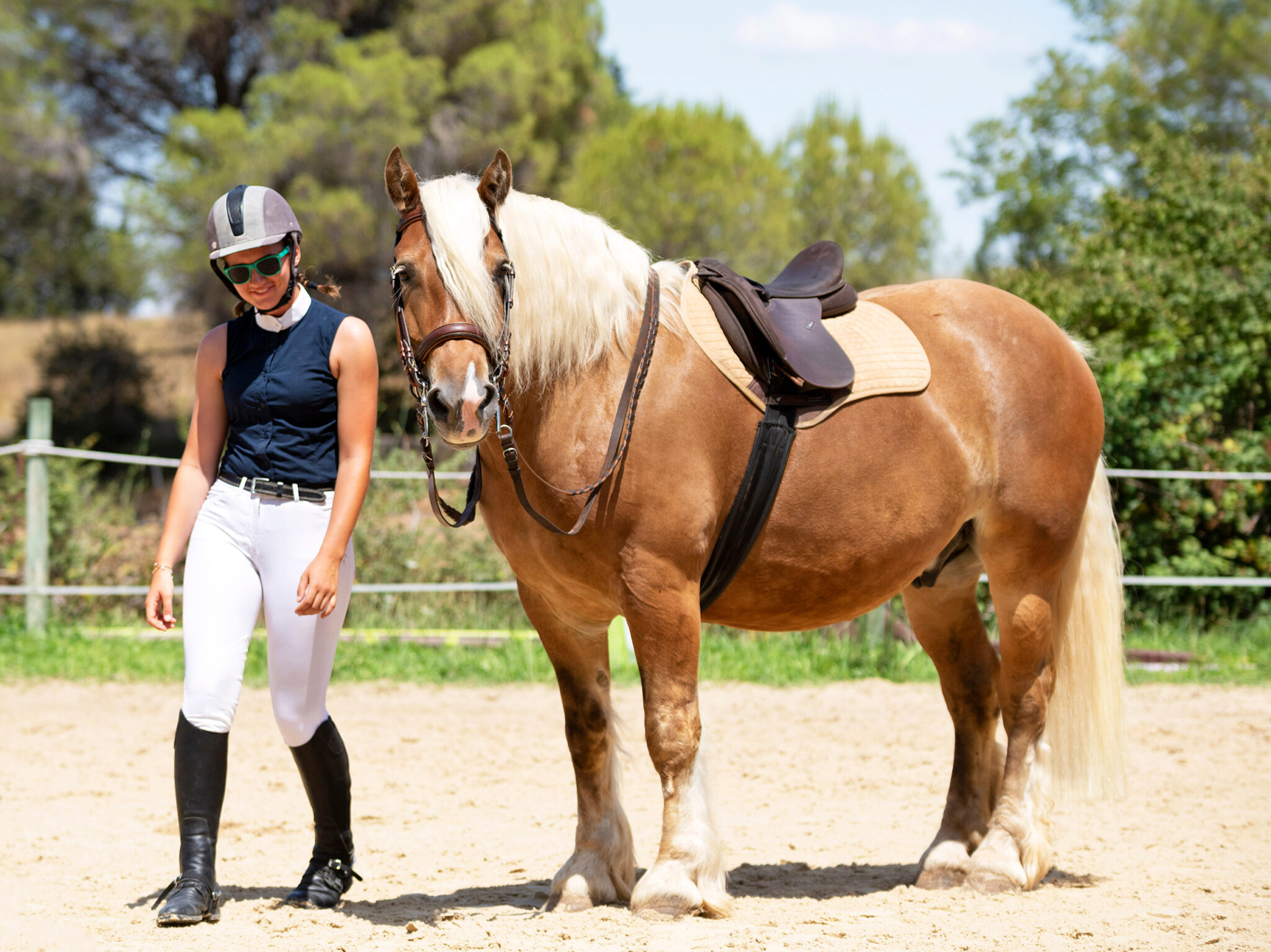 Breed origin: The Comtois breed comes from the Jura Mountains on the French-Swiss border. In the 4th century, the Burgundians of northern Germany introduced a heavy type of horse known as the ‘German Breed’ to the French regions of Jura and Franche-Comte. Here they mixed with oriental horses brought to the area by the Spaniards, and in the 6th century, breeding of the Comtois horse began in earnest. While their primary purpose was no doubt farm work such as ploughing, pulling and forestry work, in the Middle Ages they were also used as war horses. Their strong, sturdy build would have seen them carry fully armoured knights with ease and their obedient nature would have allowed their rider to stay focused in battle.

Comtois horses became a great source of pride and wealth for their region and were sought-after in Switzerland and Italy as well as France. From the 16th to the 19th century, they were again used as war horses, both in the cavalry and for pulling artillery. However, after the Napoleonic wars, other heavy breeds such as the Norman Cob, Boulonnais and Percheron were cross-bred with the Comtois, diluting their bloodlines and bringing the breed close to extinction. Thankfully, in 1905 breeding became more regulated and the faults that had started to develop were amended with the help of several bay Ardennes stallions. The first ever competition among Comtois breeders was held in 1910 and breed was officially recognised with the establishment of a stud in 1919. Since then, the Comtois has continued to be used as a work horse in various regions across France.

Distinguishing features: Comtois horses are quick learners with a free action and a quiet, willing temperament. They have a large head with alert yet gentle eyes and small ears. Their short, straight neck leads to a deep chest and girth and a short, muscular back. The hindquarters on these horses are immensely powerful and their strong loins transfer this power forward through their back and shoulders, allowing them to pull extremely heavy loads. Comtois horses have stocky legs with good joints, clean tendons and a small amount of feathering around the fetlocks. They stand between 14.3 and 16.1 hands high and are typically dark or copper chestnut with a flaxen mane and tail. The silver dapple gene is also present amongst black and bay Comtois horses (which are less common), resulting in a silvery-white mane and tail, and plain bay and black are also seen. Plain chestnut and red roan, however, are not permitted by the breed standard. Interestingly, the Comtois was originally bay, until a highly successful chestnut sire called Questeur changed the breed standard.

Modern day Comtois: The Comtois is now the most numerous French heavy horse breed, with around 3,000 foals born each year. It is still used as a draft horse, especially for forestry and working in vineyards, but it is also elegant and energetic enough to have found success as a carriage horse. The breeding focus has shifted towards producing lighter horses to meet the growing demand for the Comtois as a pleasure mount and for drawing carriages and sleighs.