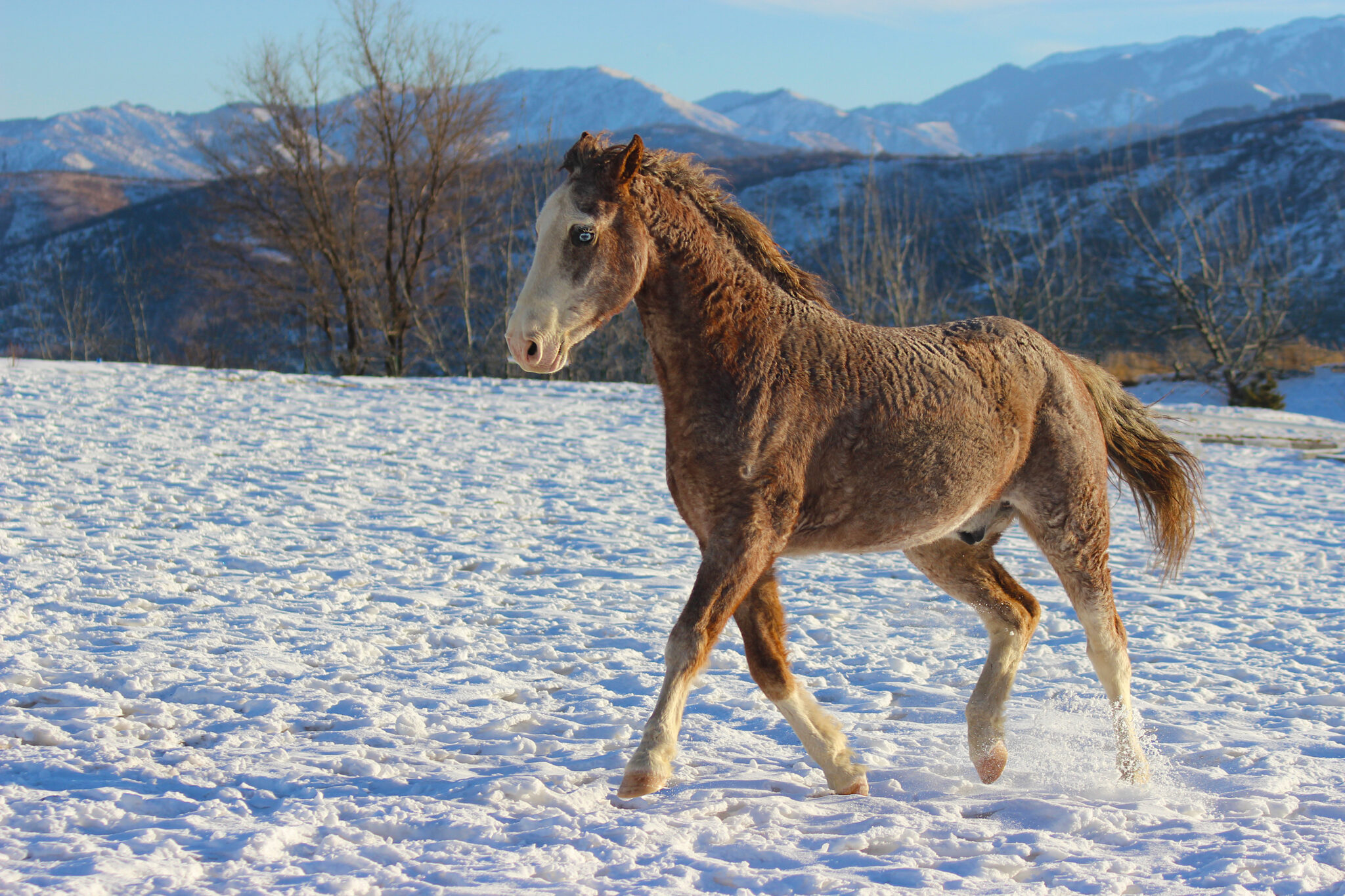 Name of breed: Curly, also known as the Bashkir Curly or the American Curly

Breed origin: The origins of the Curly horse are a mystery, with many theories but no clear answers. When the Curly started to gain recognition as a breed in the 20th century, it was called the ‘Bashkir Curly’ because many believed that it descended from horses brought to America from the Bashkir region of Russia in the 1700s. However, it was later confirmed that neither the Bashkir breed nor any other Russian horse breed had a curly coat. The name stuck, though!

Certain Native American tribes including the Sioux and the Crow are known to have prized curly horses since at least the start of the 19th century, and probably much earlier, but this is as far back as history can take us.

Curly horses were first documented in Nevada in 1898 by ranchers Peter and John Damele, who saw three curly-coated horses in a herd of Mustangs. Eventually, the Dameles managed to catch one and train it under saddle. Then in 1932, an unusually harsh winter hit the area, and the only Mustangs to be found come springtime were the curlies. The Dameles noticed this and decided to include more of these horses in their herd. After another harsh winter in 1951/52, the family got serious about breeding Curlies and caught their foundation stallion, a two-year-old chestnut Mustang that they named Copper D. Today, many Curly horses in the U.S. trace back to the Damele herd.

Distinguishing features:  The unique gene that gives Curlies their curly hair can be expressed minimally (curly hair inside the ears and at the fetlocks, kinky mane and tail), maximally (curly hair all over the body, dreadlocked mane, curly tail and eyelashes) and ‘extreme’ (very tight curls, sometimes temporarily bald when they shed their winter coat). Interestingly, some Curlies also shed their mane and tail each spring! Most Curlies have a slightly wavy summer coat, but it is not as noticeable as their winter curls. Their mane naturally parts down the middle and falls on both sides of the neck. Curlies come in almost every colour, including pinto and appaloosa. Purebred Curlies are mid-sized horses with very tough, black, round hooves, solid bone, a short back, and strong, rounded shoulders and hindquarters.

Curlies are known for their hardiness and endurance. They have an exceptionally calm, intelligent and friendly personality. They are highly trainable and love being around people. They are also claimed to be the only hypoallergenic breed of horse!

Modern day Curly: Curlies have the movement, work ethic and intelligence to excel in any discipline. They have competed successfully at the higher levels of dressage and show jumping and are also used for combined driving, gymkhana and rodeo sports, Western pleasure, English equitation, endurance riding and as ranch and trail horses.