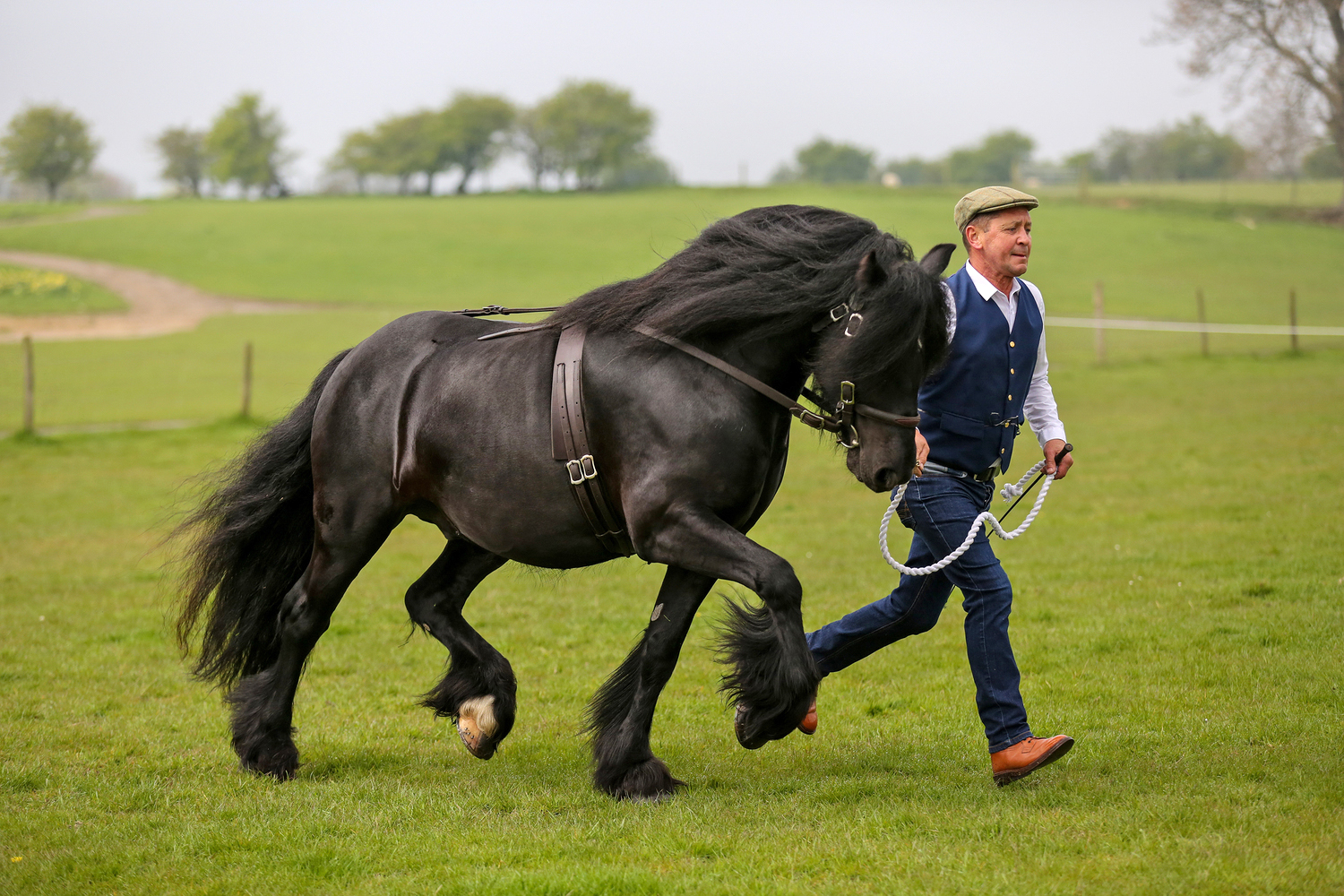 Breed origin: A native mountain and moorland pony from the Yorkshire Dales of England, this breed was originally developed as a pack pony for the lead industry, which flourished in the region from Roman times until the mid-19th century. Teams of nine to 20 untethered ponies, each carrying up to 110 kilograms (240 pounds) of supplies, would be led by one rider across as much as 50 miles of rough country in a day. They transported led, ore, fuel and coal, so the industry literally rode on their backs! Through this work, the Dales breed gained a reputation for its strength, stamina, surefootedness and intelligence, becoming a favourite all-purpose horse for both the people of Yorkshire and the military.

In the 16th century, Dales Ponies were selected primarily for smooth gaits to create a ‘trotting’ type pony, with Scotch Galloways being used to improve the breed shortly after. This hardy crossbreed, which had deep clean legs, greater speed and even better agility, became the modern Dales Pony, with only a few small infusions of Norfolk Cob, Norfolk Trotter, Clydesdale, Yorkshire Roadster and Welsh Cob bloodlines occurring in the following centuries. Outside of the mines, they were used for everything from pleasure riding to farm work to shepherding to hunting. This versatility saved the breed when the railway rendered them reduntant in the mining industry. Most notably, they had a fast and stylish trot that saw them take exceptionally well to long-distance coach pulling.

The Dales Pony Improvement Society formed in 1916, bringing with it a studbook for the breed and ultimately ensuring its survival. Despite the advent of the Industrial Era, the Dales was so highly valued that the board of Agriculture offered stallion premiums after a captain inspected the breed and reported, ‘Your breed has one superb asset, possessed of every specimen I saw, i.e. the most perfect foot in the British Isles’. The Dales was also used extensively by the British Army in both world wars and was on the edge of extinction after World War II, when many of the Army’s horses were left behind in Europe. Only four new fillies were registered in 1955. However, post-war conservation efforts succesfully rebuilt the population, and the breed has now been downgraded to ‘critical’ status by the Rare Breeds Survival Trust – still not ideal, but a vast improvement.

Distinguishing features: The majority of Dales ponies are black, although they can also be bay, brown, grey and roan. The only white markings on the head permitted are a star and/or a snip, and small white markings on the hind legs are also permitted. Generally standing between 14-14.2 hands high, they have very muscular legs with silky feathers and large, hard hooves. Their head is neat and ponylike, with bright eyes and dainty ears, and their strong neck is typically obscured by a long, thick, flowing mane. Dales Ponies have a great deal of energy and power and thrive on work. Their action is straight and true, with ground-covering paces. They have a true ‘pony’ character, being alert, intelligent, courageous, calm and kind. They are prized for their combination of strength, agility, endurance, hardiness, good conformation and soundness.

Modern day Dales Pony: These ponies are fantastic all-rounders and can be seen competing in show jumping, dressage, driving, hunting and eventing. Their calm temperament combined with their smooth paces and stamina has made them an ideal pony for endurance riding and trekking holidays. Some small herds still roam free in the eastern Pennines. In some areas they are also still used as working animals – check out this description of forestry work with Dales ponies in their native territory!

You can ride a Dales Pony on our horse riding holidays in England: the English Peaks Ride and the Peak District Weekender!