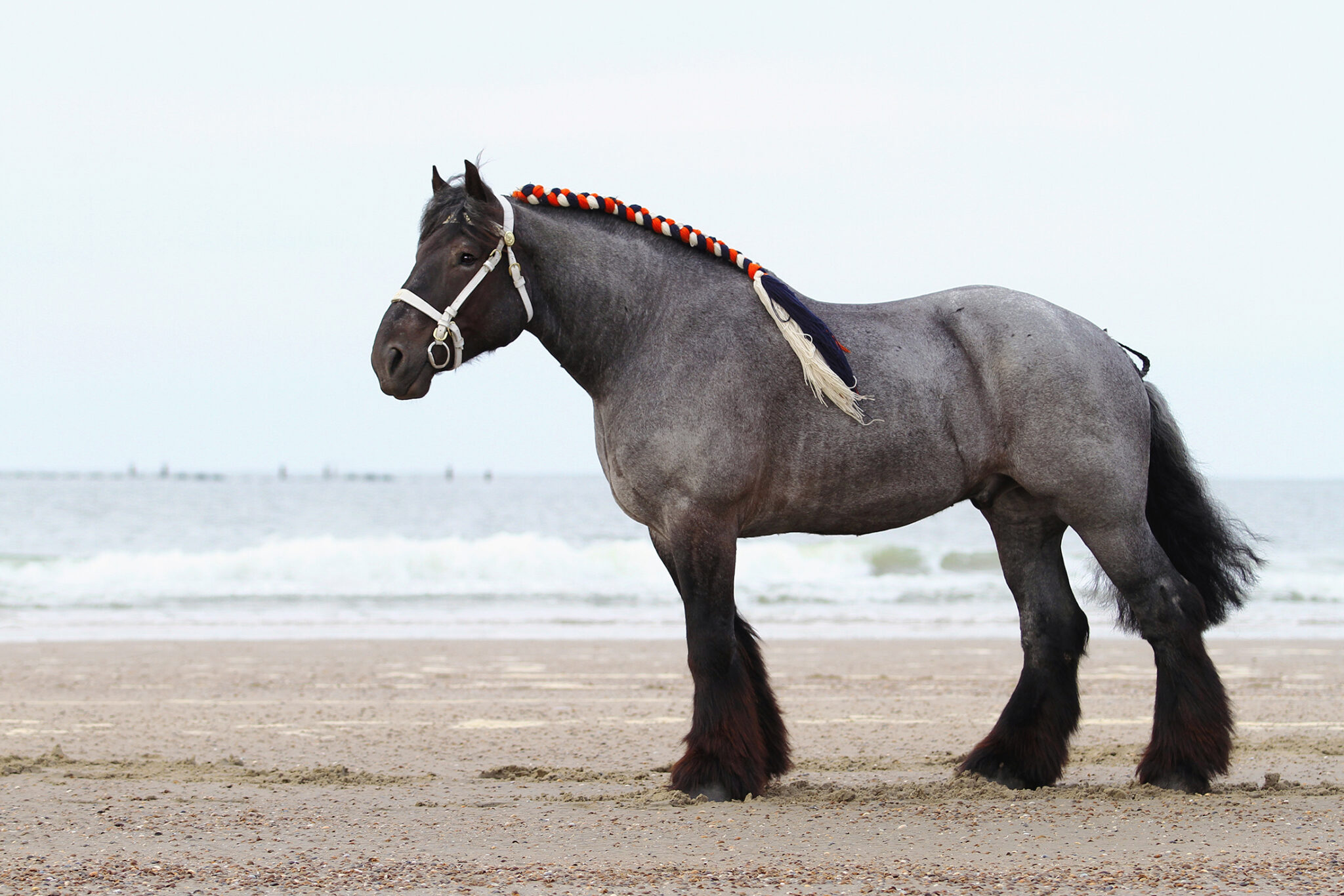 Breed origin: The Dutch Draft was originally bred by crossing heavy draft horses from the Dutch province of Zeeland with Belgian Ardennes and Brabant (also known as Belgian Draft) horses after the First World War. It became a very popular workhorse in Holland’s large, arable farms where the soil is heavy clay and even sand, in some areas. With its incredible bulk, muscle and willing disposition, the Dutch Draft didn’t shy away from a long, hard day’s work. However, after the Second World War, tractors and machinery replaced most working animals and the need for draft horses rapidly declined. By 2009, the population had stabilised at around 1,400 individuals. The silver lining is that the breed is not considered at risk of extinction, so with good management, it should be around for many years to come.

Distinguishing features: A massive, cold-blooded horse with a solid, muscular build, the Dutch Draft stands around 16 hands high. It has a similar appearance to its cousins, the Belgian Draft and the Ardennes: a short neck and back, a long, sloping shoulder, broad, low withers, big bones, a deep, broad chest, a sloping croup and feathering on the lower legs. The breed has a well-formed head with a straight profile, kind eyes and small, pricked ears. Four coat colours are seen: bay, black, grey and chestnut. The Dutch Draft is characterised by its free, ground-covering movements, quiet temperament and good stamina.

Modern day Dutch Draft: Nowadays, Dutch Drafts are mostly seen in competitions or pulling carts and carriages in parades and events. They can also be used for pleasure riding and driving, and are still occasionally used for farm work.