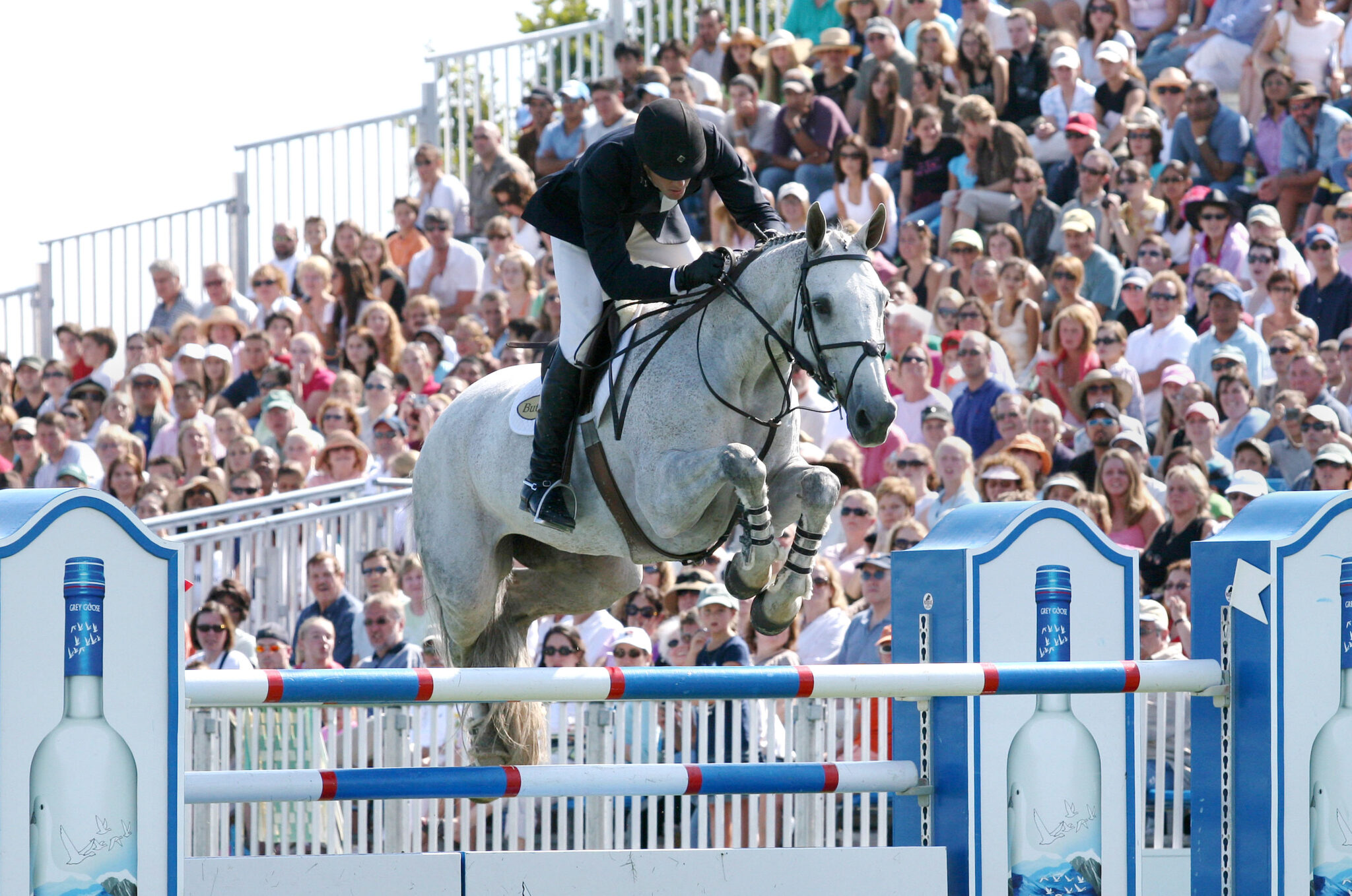 Breed origin: As the name suggests, the Dutch Warmblood comes from the Netherlands, where its development began just over a hundred years ago in the provinces of Gelderland and Groningen. Gelderland is an area with soft, sandy soils, so their horses didn’t need to have a heavy build in order to work the farmland. Here the desire for a working horse with refined bloodlines, a lively temperament, agile and speedy paces and good stamina resulted in the development of an elegant and versatile carriage-type horse. This breed is known as the Gelder or Gelderland, and you can read about it here. Meanwhile, in Groningen, the heavy clay soil demanded a heavier type of horse with more bone. The Groningen and the Gelder were often cross-bred to improve and diversify their bloodlines, and eventually the two studbooks merged to form the Royal Warmblood Horse Studbook of the Netherlands (KWPN).

When machines began to replace horses on farms and as a means of transport after World War II, the breeding focus shifted towards producing sport horses for pleasure riding and competition. Over time, a wide range of breeds were used to further hone the Dutch Warmblood’s capabilities as a sport horse, including the Thoroughbred, Holsteiner, Hanoverian, Trakehner and Selle Français. The Gelderland was integrated into the KWPN studbook and is still maintained by a handful of dedicated breeders, and a section was also created for the Dutch Harness Horse to preserve the original carriage horse type. However, the main section within the studbook is the Dutch Warmblood, which is sometimes further divided into horses bred for dressage or show jumping. The studbook is open, and imported bloodlines are commonly used to increase the breed’s ‘hybrid vigour’ and to fast-track the attainment of the KWPN’s breeding goals (namely, ‘breeding a competition horse that can perform at Grand Prix level’). The registration criteria are strict, though, and the long history of selective breeding going back to the days of the versatile farm horse ensures that the Dutch Warmblood retains the traits for which it has always been so highly valued.

Distinguishing features: At its core, the Dutch Warmblood is a sound, athletic and versatile breed with a quantifiably good temperament – ill-tempered horses are not permitted to be used for breeding! The Dutch Warmblood is more sensitive than the Gelderland, though, while still being straightforward to ride and handle. The breed’s conformation varies to some degree depending on the individual horse’s bloodlines and whether it has been bred for dressage or showjumping. Dressage horses are more docile, while show jumpers are more courageous. However, there is a lot of cross-breeding between the two types, and they share many of the same traits. All horses registered under the KWPN must have a sound constitution, functional conformation within a form that exudes refinement and quality, balanced proportions, correct movements and an agreeable character. Dutch Warmbloods have a noble, well-shaped head that often carries white markings, as do their lower legs. They can be black, brown, bay, chestnut, grey or tobiano (although the latter colouring is very uncommon). They have a long-lined, rectangular body and a level or slightly uphill build, with a deep, full chest and well-sloped shoulders. Their neck is muscular and leads to prominent withers, while their back is straight and flows into a short, flat croup. Their hindquarters are well-muscled and powerful and their tail is high-set. Although long, slender and well-defined, the Dutch Warmblood’s legs are strong and powerful. All of these traits have resulted in immense and consistent success for Dutch Warmbloods in dressage, show jumping, eventing and hunting. Bred to perform at the highest level, they are willing and enthusiastic athletes with great intelligence.

Modern day Dutch Warmblood: The Dutch Warmblood has become one of the most successful and revered sport horse breeds in the world. The KWPN is one of the largest equine studbooks, with over 22,000 members and around 10,000 foals registered each year. Dutch Warmbloods are frequently seen performing at the highest level in dressage and show jumping, and they are also very popular among amateur riders thanks to their sound constitution and good temperament. In the US, they are a popular choice in the hunting ring, and they also excel at eventing. Some of the most famous and successful Dutch Warmbloods include Royal Kaliber, Ferro, Udon, Authentic and Breitling LS (both ridden by Beezie Madden), Valegro and Totilas.

You can ride a Dutch Warmblood on our horse riding holidays in England: the English Peaks Ride and the Peak District Weekender!