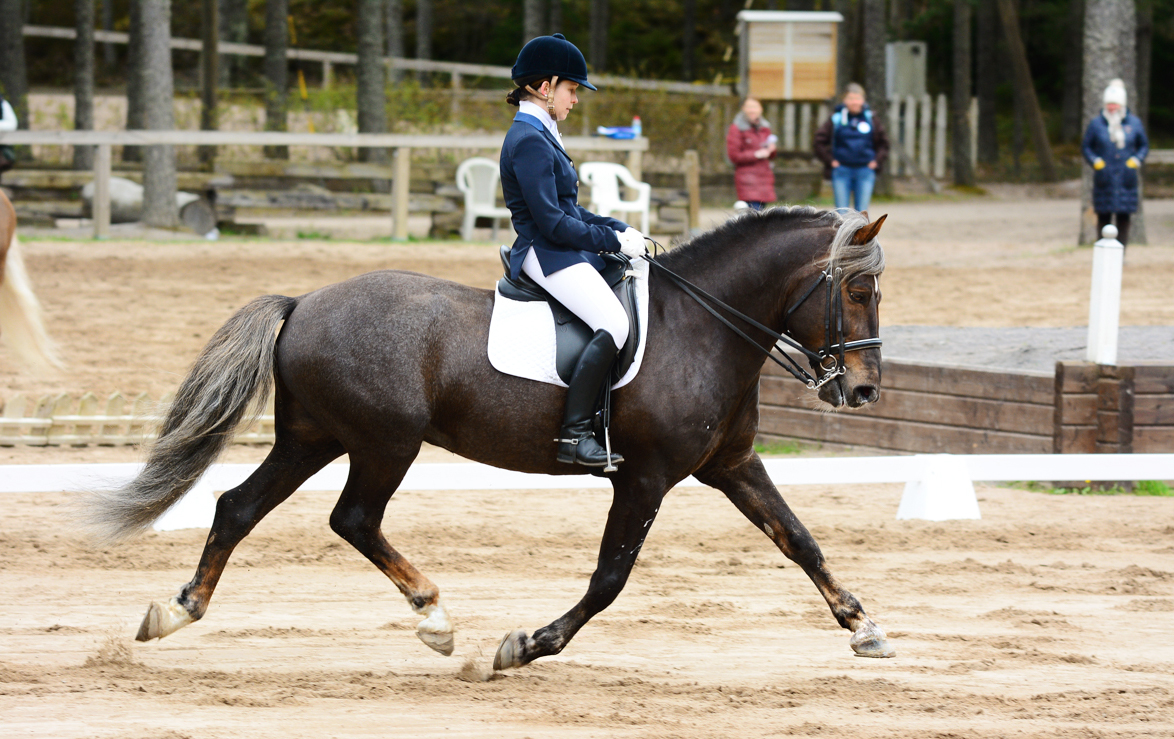 Breed origin: Finland’s official breed, the Finnhorse has been a fixture in its native country for many centuries. However, it has only been ‘official’ since 1907, when the studbook was established and pure breeding became the national goal. Before that, the Finnhorse had many outside influences. In ancient times, tough, versatile, Northern European domestic horses were more or less the only horses in what is now Finland. Starting from the Bronze Age (1800-500 BC), these horses were selectively bred to meet the needs of the local people, which varied from agriculture to forestry to racing to warfare. Curiously, a recent genetic study found that the Finnhorse shares an ancestral line with the wild Przewalski’s horse. As far as we know, no other breed in the world shares this genetic link (the scientific term is ‘haplogroup’). This suggests that the Finnhorse is a truly ancient breed with close ties to eastern primitive horses.

The earliest known record of Finnish horses dates from the 13th century, so it’s likely that around this time they became notably different from the horses in neighbouring countries. By then they had already been influenced by Mongol horses, Estonian horses and Yakutian horses, making them fairly small, extremely hardy, strong, fast-paced and able to withstand bitter winters. As well as being used for farm work, transport, hauling, driving and as cavalry mounts, Finnhorses were used for sport, primarily harness racing. They were in hot demand for many centuries – limits had to be placed on international exports to prevent the native population from being lost! Friesians were later used to increase the Finnhorse’s size and weight, and the Oldenburg also brought more height. Orlov Trotters and Dons were introduced in the early 19th century to bring greater refinement and ridability. Because the Finnhorse was highly regarded across Europe, it was also regularly crossbred in the 19th century to produce all manner of horses including cavalry mounts, draught horses, lighter riding horses, elegant driving horses and children’s ponies. The Vyatka, Mezen and Tori breeds in particular owe a lot to the Finnhorse.

Towards the end of the 19th century, Finnish nationalism was on the rise and the Finnhorse quickly became a symbol of national pride. This put an end to crossbreeding, and new standards were created to help produce a uniform breed. Four sections were established – draught, trotter, riding horse and pony-sized – to account for the different purposes the Finnhorse was used for. While the 20th century saw the World Wars decimate European horse populations and machinery replace working horses, the Finnhorse pivoted easily thanks to its eternal popularity as a harness racer and its prowess as an all-rounder under saddle. In 2007, it was finally officially declared the national horse breed of Finland. 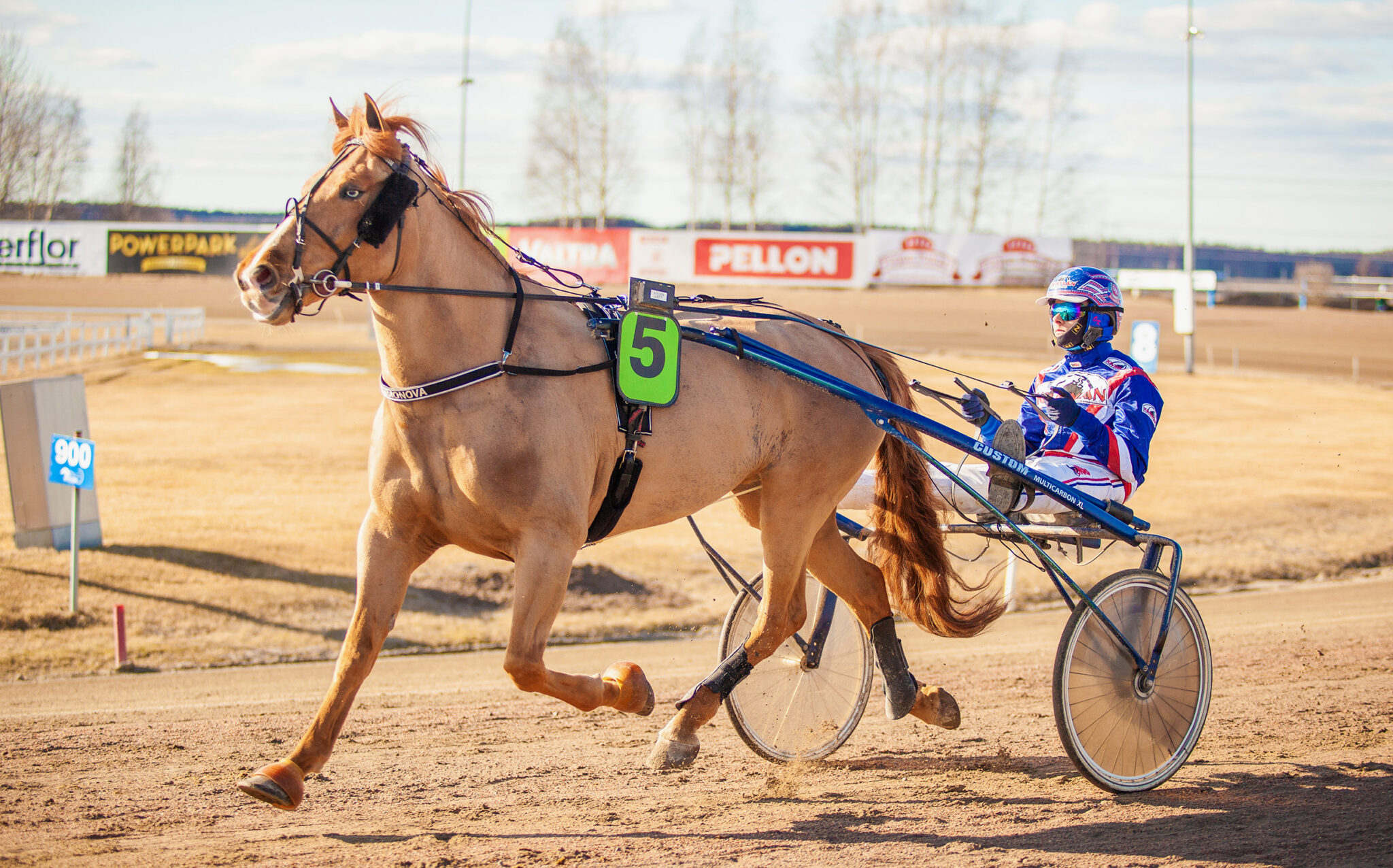 Distinguishing features: Most Finnhorses are chestnut with flashy white markings on their legs and head, although this colouring has only been in vogue since the beginning of the 20th century. Bay and black are sometimes also seen, and there are rare occurrences of roan, palomino, buckskin, grey, sabino, silver dapple, cream and spotted colourings. The breed standard describes the Finnhorse as a mid-sized, versatile horse with a solid build. The physique of the Finnhorse is dry with good muscling, strong bone and hard hooves. The head is straight, the mane and tail thick, and the legs are lightly feathered. The four sections each have their own specialty, and conformation varies depending on both the section and the bloodline. All Finnhorses have elastic gaits and steady, low action, making them very comfortable to ride and smooth to drive. Their trot is highly efficient, allowing them to cover long distances without tiring. They are honest, willing, obedient and energetic, with an excellent work ethic.

Modern day Finnhorse: Today there are around 20,000 Finnhorses in Finland, making up about a third of the country’s total horse population. They are used for harness racing even more frequently than they are ridden! Often, regardless of whether they fall in to the trotting subsection or not, Finnhorses race when they are young and are then trained for riding a few years later. Their versatility sees them excel in dressage, show jumping, eventing, endurance riding, equestrian tourism, combined driving, western pleasure, equine therapy and draught work.