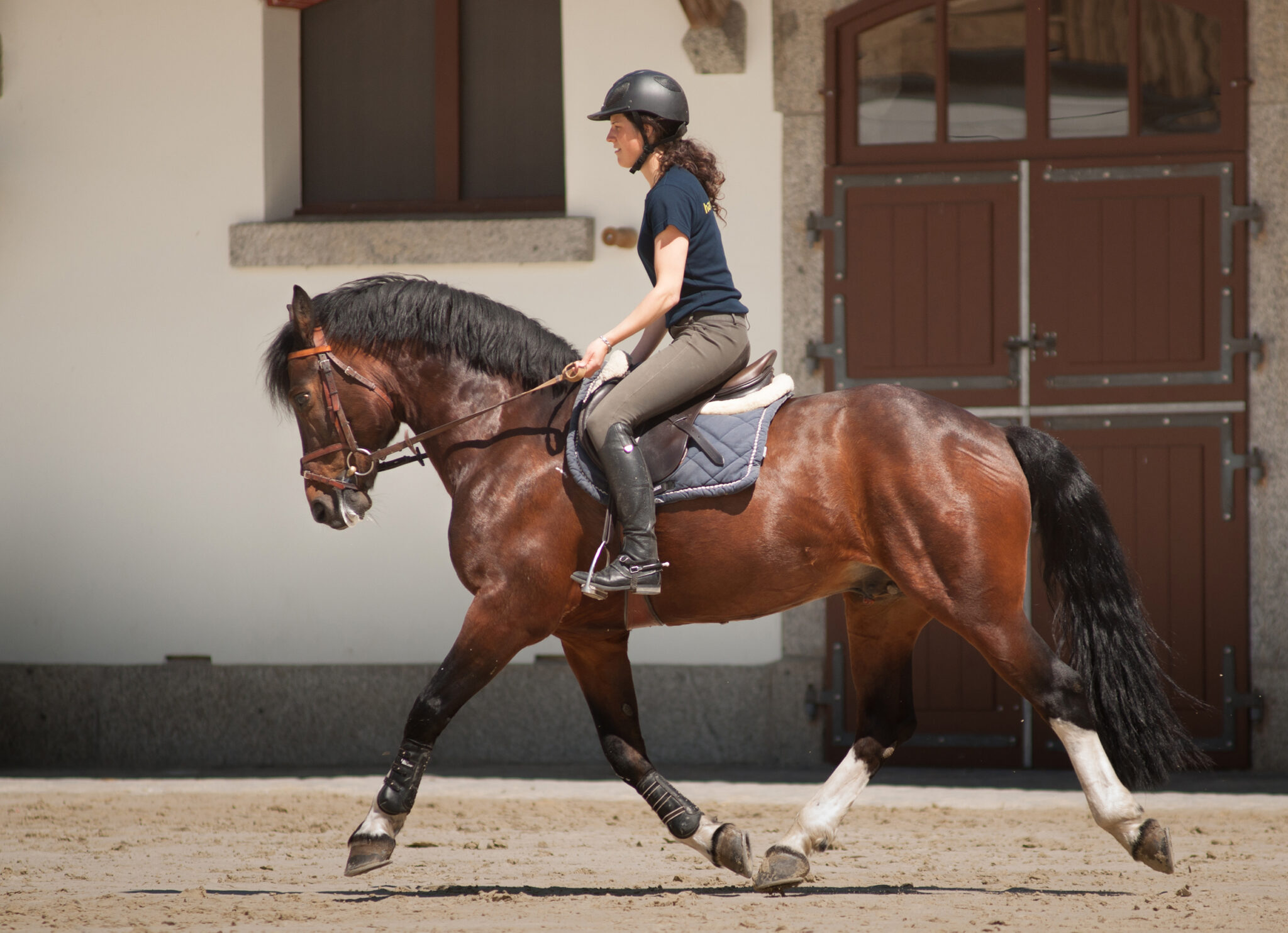 Name of breed: Freiberger, or Franches-Montagnes

Breed origin: The Freiberger breed originates from the hilly Jura region of northwestern Switzerland. Depending on who you ask, it is either a heavy warmblood or a light coldblood, but its origins are decidedly heavy. In the 19th century, the native Jura horse was crossed with Arabian, Anglo-Norman, Thoroughbred, Breton, Comtois and Belgian Draft horses to create a robust mountain horse for the small farms in the region. The breed was also used in the Swiss army as a packhorse and artillery draft horse. Two main types were developed in the early 20th century: a smaller, lighter type suitable for riding and a heavier draft type.

Although World War I and II and the mechanisation of agriculture and transport in the 21st century took a toll on the Freiberger, in the 1960s and 70s it found a new role as a strong-boned, all-purpose riding horse. To this end, Swedish Warmbloods were introduced, and the resulting lighter type became increasingly popular. Finally, in the 1990s, Swiss Warmbloods were used to further improve the Freiberger’s gaits and conformation, then the studbook was closed for good.

Distinguishing features: The Freiberger is known for its excellent disposition, being gentle, eager to please, adaptable and trainable. With conformation somewhere between that of a warmblood and a heavy horse, it is a mid-sized, muscular breed with a refined yet powerful build. It has good bone, solid joints and strong hooves. Its head is noble and expressive, with large eyes that belie its intelligent and docile nature. The Freiberger’s neck is well-set and strong, leading to a deep, broad chest, defined withers and long, sloping shoulders. It has a short back, long, strong hindquarters and well-proportioned, defined legs. Two types still exist, one for riding and one for driving, although the riding type is more common. The breed typically stands around 14.3 to 15.2 hands high and can be bay, chestnut, black or, very occasionally, grey. It is surefooted and versatile, with dynamic, active gaits.

Modern day Freiberger: Today the Freiberger is exclusively bred at the Swiss National Stud Farm in Avenches, with strict regulations ensuring only the best mares and stallions are used at stud. Freibergers can still be found working in the Swiss mountains, and they are also used for pleasure riding and driving, trekking, endurance riding, show jumping, dressage, eventing, trick riding and equine therapy.