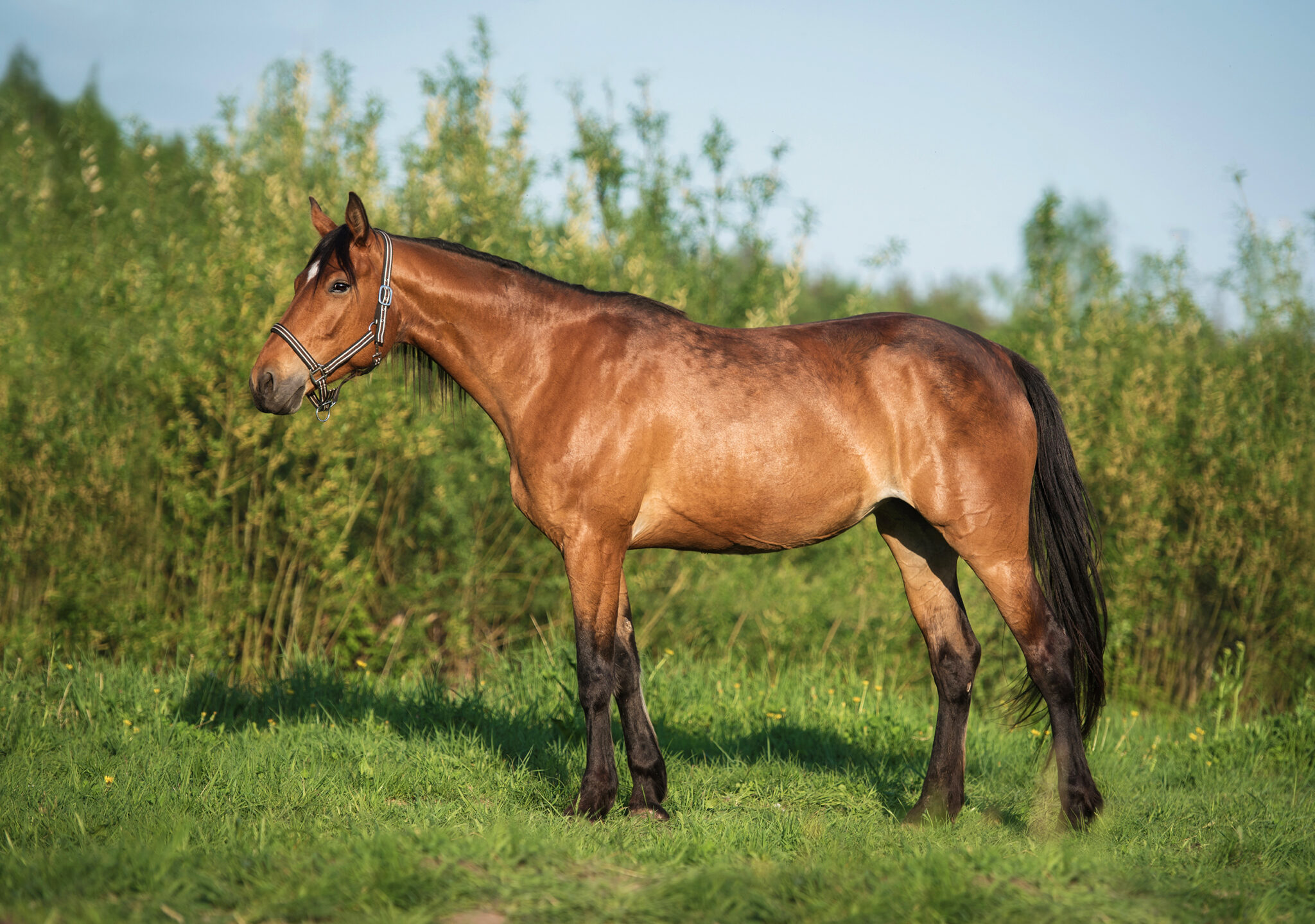 Breed origin: The French Trotter was developed in Normandy, a northwestern region of France, in the 1800s as trotting races increased in popularity. Breeders crossed Norman stock with Thoroughbred, American Standardbred, Norfolk Roadster, Hackney and hunter-type bloodlines to create a horse with incredible speed, strength and stamina. Initially, the breed closely resembled the Old Norman breed on which it was founded, but over the years more Thoroughbred blood was introduced and French Trotters now have quite a refined form. Despite the influence of Standardbreds, which often have a lateral two-beat pacing gait, French Trotters developed a diagonal two-beat trot. At this pace, they can almost match the speed of a galloping Thoroughbred!

In 1922 the breed was officially recognised and the studbook was closed in 1937, protecting the French Trotter’s unique set of qualities. By then, it was among the fastest trotting breeds in the world and it has retained its reputation for speed and stamina ever since.

About a third of all French Trotters pass the performance tests required to become racehorses. The remaining horses usually become pleasure mounts, trekking horses, hunters or show jumpers. The French Trotter’s jumping talent was also passed on to the Selle Français.

Distinguishing features: French Trotters have a large, broad head with wide eyes and nostrils, a deep, broad chest with a prominent breastbone, a well-set neck and powerful, sloping shoulders. Their strong back leads to very powerful hindquarters, straight, well-muscled legs and hard hooves. French Trotters can be chestnut, brown, bay or black, with the very occasional grey. They stand anywhere from 15.1-17.1 hands high. Not only are they exceptionally fast, they have great endurance and tend to have longer racing careers than other breeds. French Trotters are prized for their calm, docile and trainable disposition.

Modern day French Trotter: As well as being used for harness racing, the French Trotter is now used as a riding horse, a show jumper, a hunter, under harness and for the sport of skijoring, a race in which the driver is pulled along on skis behind the horse.