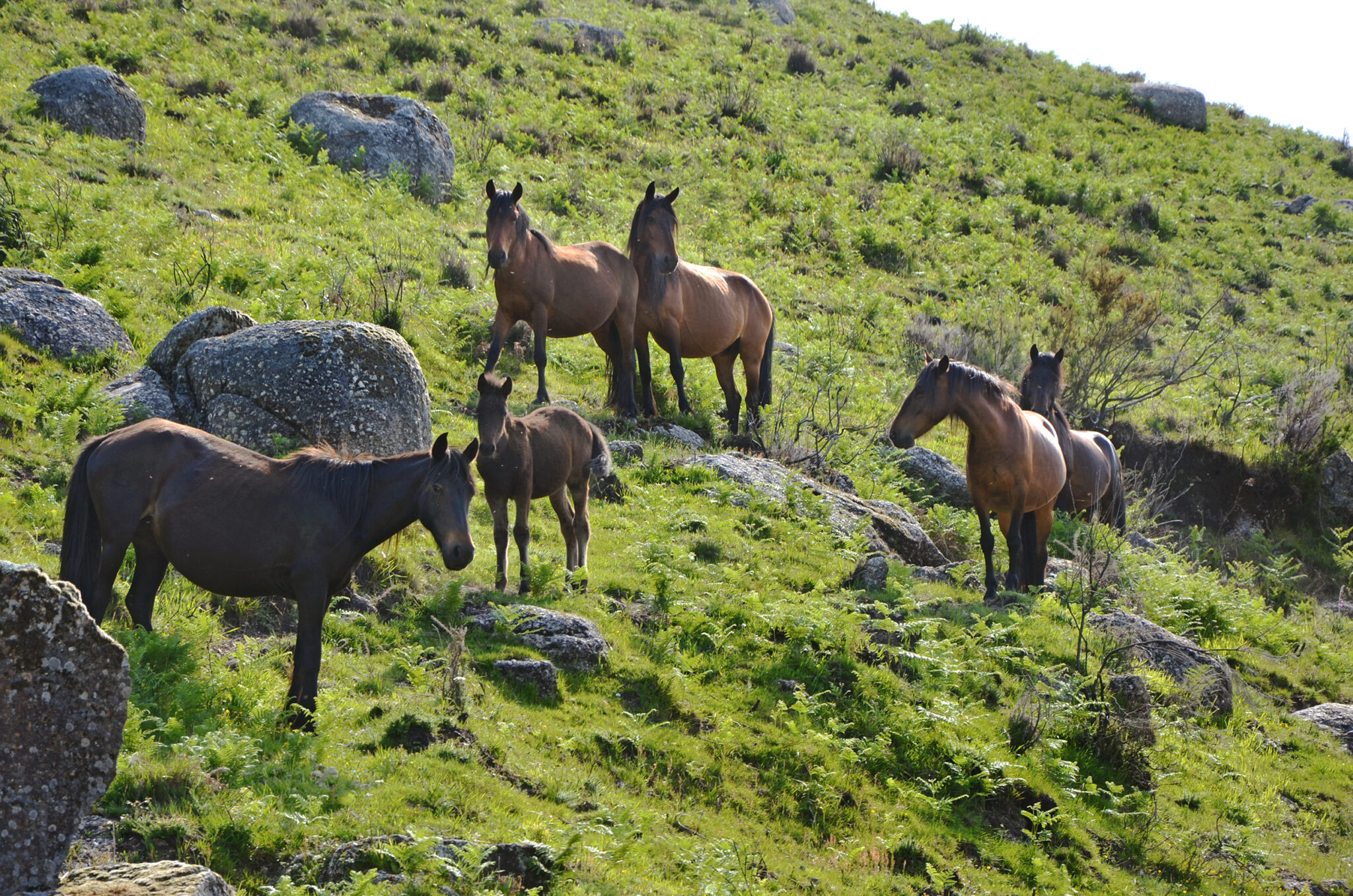 Breed origin: This breed is so ancient that Northern Iberian Paleolithic cave paintings depict horses with a striking resemblance! During the most recent ice age, which ended about 10,000 years ago, many species of flora and fauna in northern Europe migrated south, where the climate was more favourable. A reasonably large population of horses settled on the Iberian Peninsula, and these are believed to be the ancestors of the Garrano. The breed has lived wild and semi-wild on the Iberian Peninsula ever since. Even today, wild populations exist in Portugal. Garranos have been cross-bred with other native and non-native horses to aid in the development of many breeds, including the Galician horse, which was a combination of Garrano, Sorraia and Andalusian bloodlines. The Garrano also crossed the seas with Portuguese explorers and helped establish the Criollo breed in Brazil and the Galiceno breed in Mexico. Garranos were used for transport by the Portuguese armed forces in various campaigns, and they also carried ore from the remotest mines in the northern Portuguese mountains during World War II. There are even references to the Garrano in various ancient legends describing the foundation of a nation.

The Garrano is closely linked to the people of the Minho region, for whom the breed has been an important ally for countless generations. The Garrano is strong enough to do farm work, including ploughing, and agile enough to transport both people and goods along the steep, winding mountain roads. It is undoubtedly this age-old bond that sees these horses roaming wild and free in the common land areas of the Minho today. Although they are no longer needed as working animals, they are still cherished for their ethnographic significance and value to the tourism industry.

Distinguishing features: The Garrano is a small, light horse that typically weighs around 290 kilograms and stands no taller than 13.1 hands high. The breed has a small head with a straight or slightly concave profile, large, lively eyes, large nostrils and a strong jaw. The neck is thick and muscular, but short, and leads to a deep, wide chest and low withers. The shoulder is short and vertical and the legs are solid, with broad joints and straight, strong pasterns. The Garrano has round hooves, a short, straight back, a big, rounded croup and a thick mane and tail. The breed has three colourings: chestnut, bay and brown, with minimal white markings. It is exceptionally hardy and strong, with great stamina and a kind, relaxed temperament. The Garrano is a willing worker and a fast learner, alert and agile thanks to thousands of years of natural selection in the mountains. It has fast paces and is sometimes seen in trotting races at traditional markets.

Modern day Garrano: Today, most Garranos live wild in the mountainous regions of the Minho and Trás-dos-Montes in northern Portugal, with a large group in the Peneda Gerês National Park, Serra de Arga, and in Serra de Santa Luzia. Despite being a favourite prey of wolves, there are around 2,000 Garrano horses in existence today, with approximately one stallion for every 13 mares.