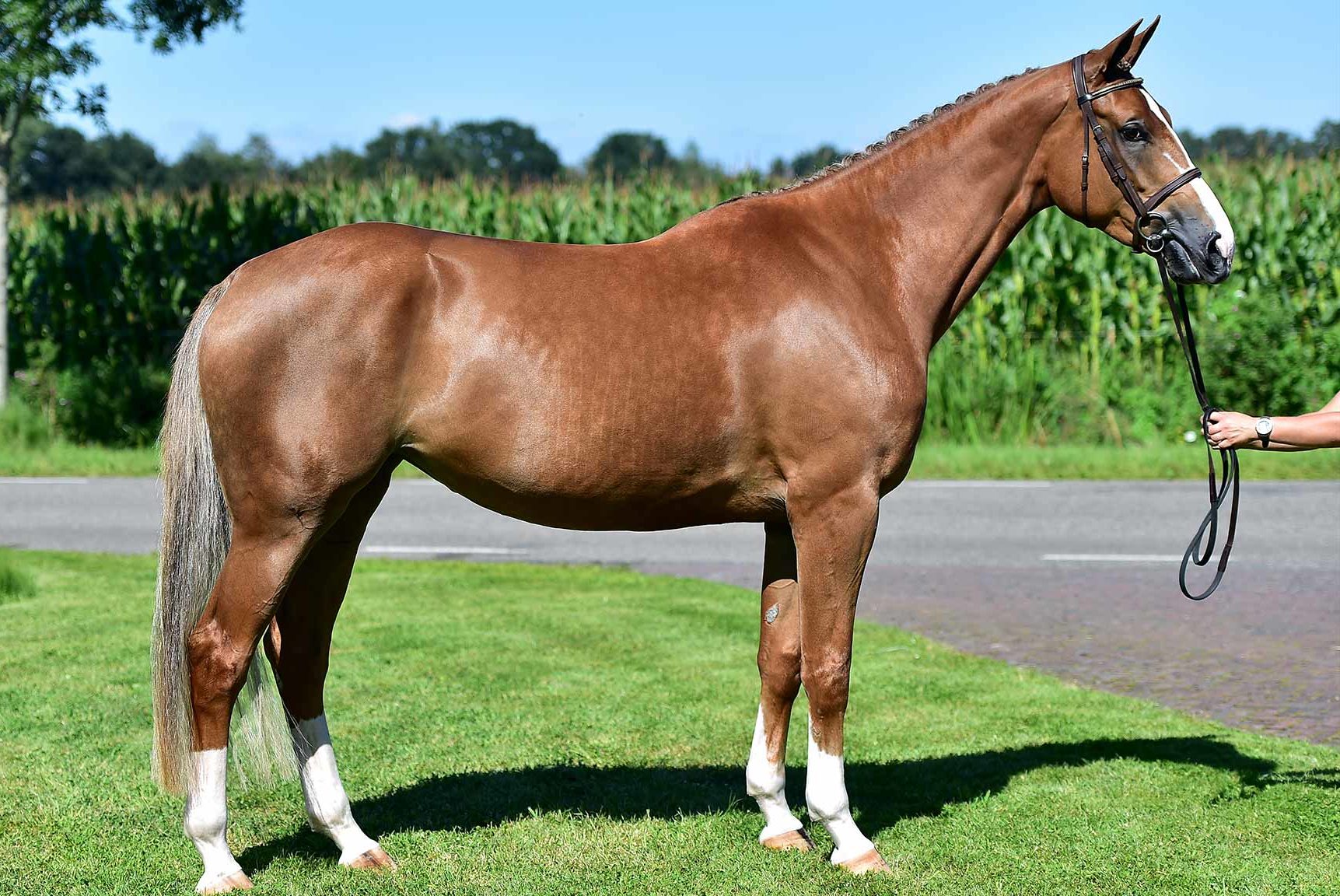 Breed origin: The Gelderland is a heavy warmblood breed that developed in the 18th century in the province of Gelderland in the Netherlands. Native mares of this province were crossed with Andalusian, Neapolitan, Norman, Norfolk Roadster and Holsteiner stallions to produce a stylish, versatile horse for carriage driving and farm work. In the 19th century, when pleasure riding became more popular, Friesian, Oldenburg, Hackney and Thoroughbred blood was introduced to lighten the breed while increasing its athleticism. All of these breeds’ influences can be seen in the Gelderland today, from the stylish gait of the Hackney to the docile temperament of the Friesian to the jumping ability of the Thoroughbred and Holsteiner.
In 1969, the Royal Warmblood Horse Studbook of the Netherlands (KWPN) took responsibility for the Gelderland studbook, as well as those of the Dutch Warmblood and Dutch harness horse. This merging was partly due to the small population of Gelderland horses, which even today is largely maintained by a handful of devoted breeders.

Distinguishing features: The Gelderland horse is a refined, elegant warmblood type with smooth, active paces and a high-stepping action, especially at a trot. The breed is typically chestnut, but bay, black and grey are also seen, with the very occasional skewbald. Striking white markings on the face and legs are also common. Gelderlands have a high-set tail, and both the tail and mane are of medium thickness. They typically stand between 15.2 and 16 hands high. The breed has a long head with a straight or convex profile, large, expressive eyes and wide nostrils. The neck is muscular with a gentle crest, leading to prominent withers and a long, straight back. The chest is full and deep, the shoulders well-sloped and powerful, and the legs are clean and strong, with sturdy joints. Gelderlands are known for their longevity, soundness, intelligence and gentle, willing temperament.

Modern day Gelderland: Gelderland horses are an especially popular and successful choice for the sport of combined driving, and frequently compete in dressage, show jumping and eventing at an international level. They also make excellent pleasure riding and driving horses.