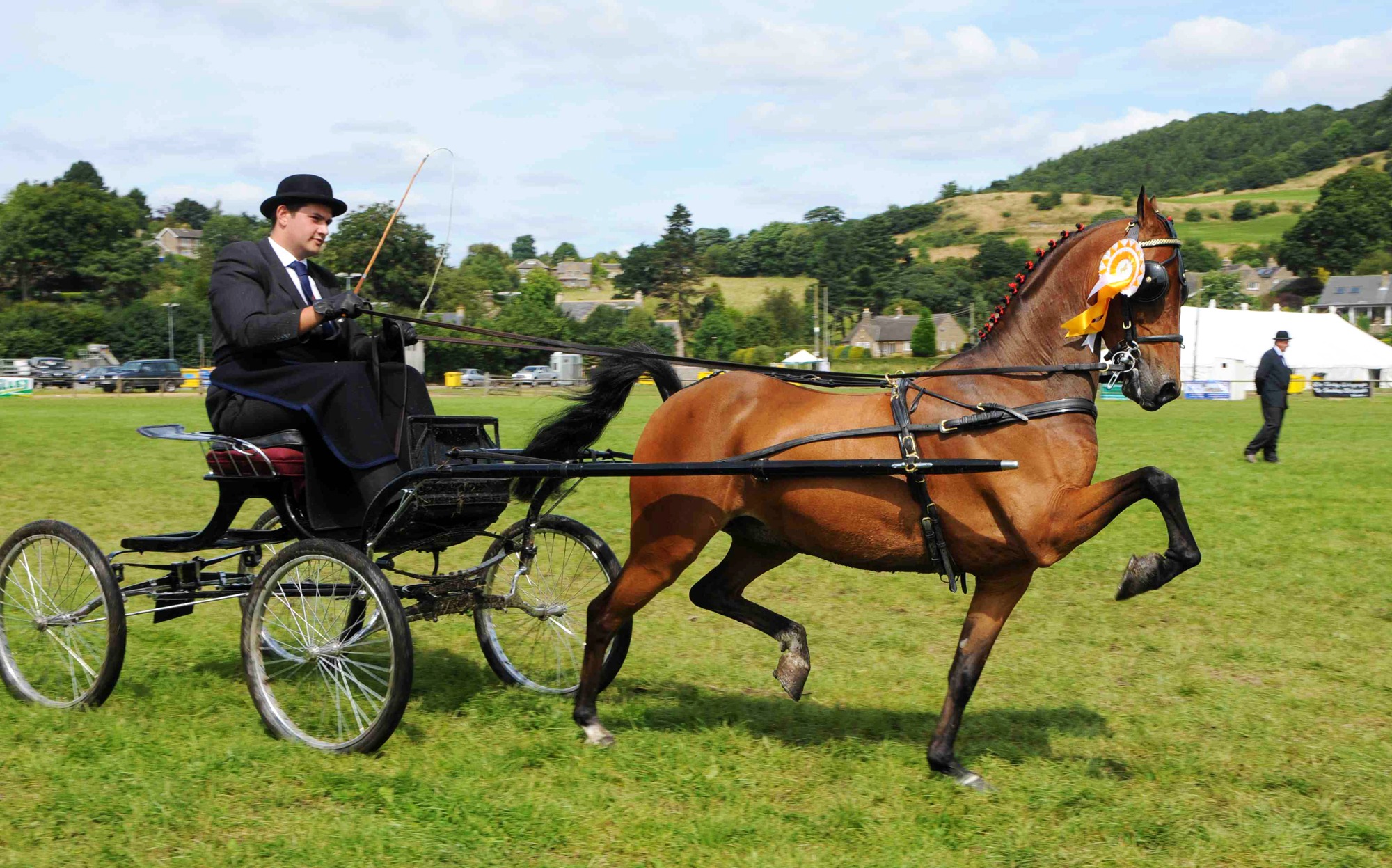 Breed origin: Although the Hackney originated in Norfolk, England, the name comes from a French word, ‘haquenee’, which was used to describe a riding horse with an exceptionally comfortable trot or amble. From its development in the 14th century, this type of horse became very popular as an all-purpose riding and driving animal. The Hackney was also highly regarded by the royal family, with three monarchs passing acts concerning the value of the breed. At this stage most Hackney horses were Norfolk Trotters, bred for elegance and speed. The first modern Hackney is said to have been foaled in 1760, a cross between a Norfolk Trotter and a Thoroughbred (remember, Thoroughbreds were only a few generations removed from their Arabian foundation sires back then!). The result was so pleasing that breeders dedicated themselves to the creation of a new Hackney breed, crossing the original Norfolk Trotter types with Arabians and Thoroughbreds to produce an elegant, speedy pacing horse with great stamina.

Many Hackney horses were imported to America and widely used for coach journeys, harness racing and the development of other breeds, having an especially huge influence on the Standardbred. They were also exported to Europe, where they were used to improve breeds such as the Holsteiner, Dutch Warmblood and Gelderland. As the need for speed decreased and the desire for elegant carriage horses grew, breeders favoured horses with high head carriage and flashy movement. Over time, this led to the incredibly high-stepping, dramatic action that has become the Hackney’s hallmark. In the second half the the 19th century, the Hackney Pony was developed as a hardy show pony by crossing Hackney horses with Fell and Welsh ponies.

Distinguishing features: The Hackney is renowned for its distinctive, show-stopping action: high-stepping, ground-covering, straight and true, with extreme flexion. This gait is made possible by the Hackney’s obliquely sloping shoulders, long forearms, short cannons, strong joints and powerful hindquarters. Hackneys have a small, well-shaped head with expressive eyes and ears, a somewhat crested neck with a fine throat, a compact body with well-sprung ribs and a long (unless docked) tail, carried high. Their colouring can be black, brown, bay or chestnut, often with bold white markings thanks to the sabino genes carried by many. Hackneys are hardy and sound, with great stamina. They are intelligent, brave, spirited and easy to train.

Modern day Hackney: There are around 3,000 Hackney horses in the world today, making them a fairly uncommon breed. Hackney horses are most often seen in the show ring, where they excel in hand, under saddle and in harness. They are also frequently crossed with sporthorses to produce talented showjumpers, eventers and dressage mounts. But that’s not to say that purebred Hackneys are unsuitable for these disciplines – in fact, Hackneys are having a comeback in these sports, as well as in hunting, competitive trail riding and driving, and English pleasure!