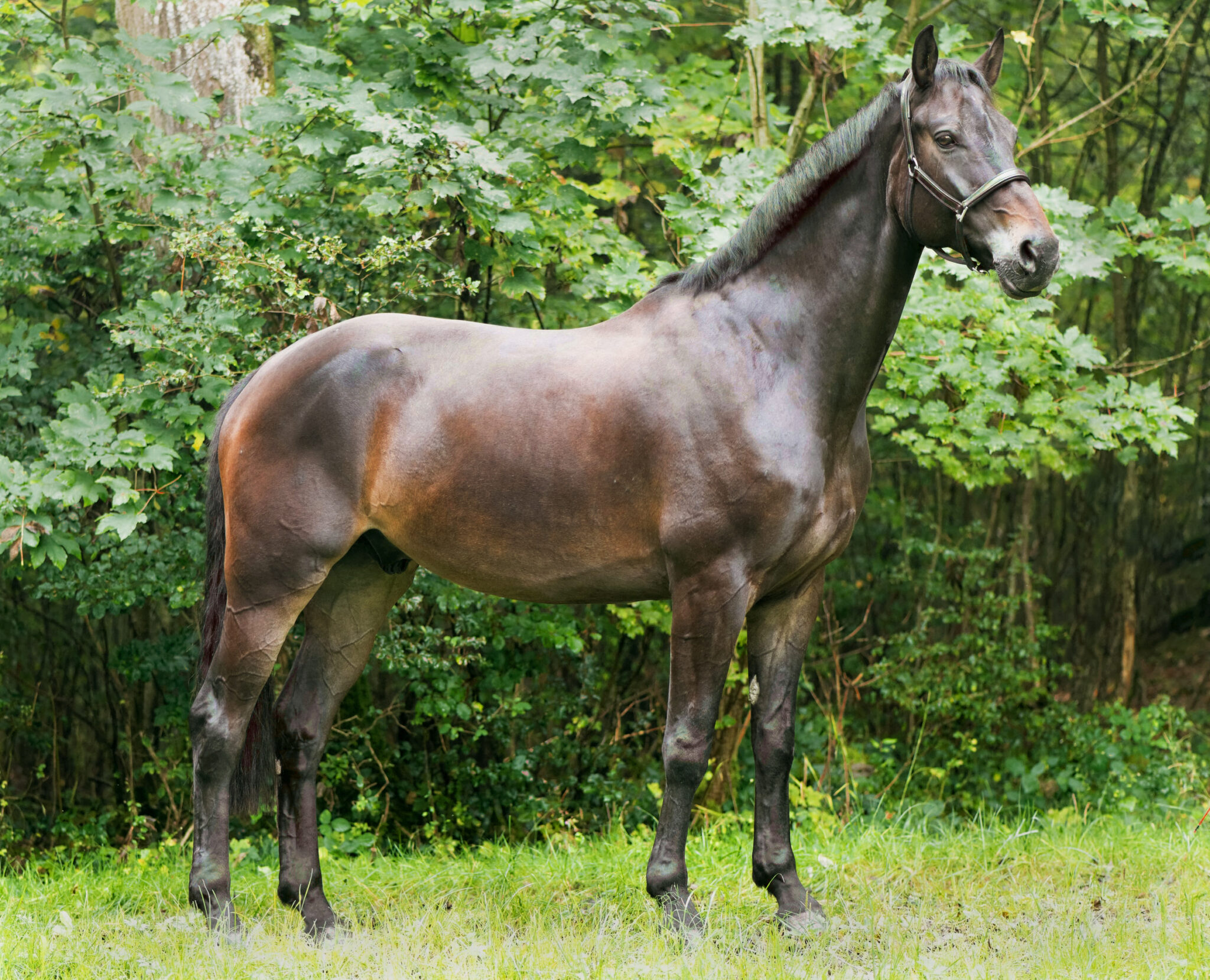 Breed origin: Surprisingly, this German breed owes its existence in large part to an English king, George II, who was also the Elector of Hanover in what is now Lower Saxony, Germany. George II established the Celle State Stud in 1735 with the intention of producing horses suitable for military, farm and harness work. The sturdy local horses were excellent for farm work, but lacked the speed and refinement required to pull a carriage or charge into battle. Holsteiner, Mecklenburger, Thoroughbred, Cleveland Bay, Andalusian, Prussian and Neapolitan stallions were bred with local mares and it wasn’t long before the desired type emerged. The Hanoverian studbook was founded in 1888, by which time the need for farm horses had been overtaken by the need for carriage and cavalry horses. The Hanoverian became one of Europe’s most popular driving and military breeds, and still managed to pivot smoothly back to agricultural work in the period between World War I and II.

After WWII, war horses were no longer needed, but there was a growing demand for sport horses. Trakehner and Thoroughbred bloodlines were used to lighten the Hanoverian’s build and movement, and soon enough a versatile performance horse emerged. Breeding stock was (and still is) carefully selected for correct conformation, athletic ability, trainability and elegance. For many decades now, Hanoverians have been one of the most successful sport horse breeds in the world.

Distinguishing features: The Hanoverian is a powerful, noble and robust horse with a large, rectangular frame, harmonious conformation and light, elastic movements with great impulsion. The breed has a strong back, pronounced withers, sloping shoulders, muscular hindquarters and a deep girth. Hanoverians’ powerful legs have large, pronounced joints, short cannon bones and sloping pasterns. Their hooves are well shaped, strong and sound. They have a well proportioned neck and a refined head with expressive eyes. They are willing and trainable, excelling in a huge variety of disciplines. Most Hanoverians stand between 15.3 and 17.1 hands high and they can be any solid colour except palomino, buckskin and cremello.

Modern-day Hanoverian: With over 16,000 broodmares and 300 stallions registered worldwide, the Hanoverian is a very popular breed. Although primarily bred in Germany, Hanoverians can be found all over the world. They make great pleasure mounts, but are most often used for competition. As well as dressage, show jumping and eventing, they achieve great success in cross country, show hunting and driving.

Images by Jacques Bopp on Unsplash.