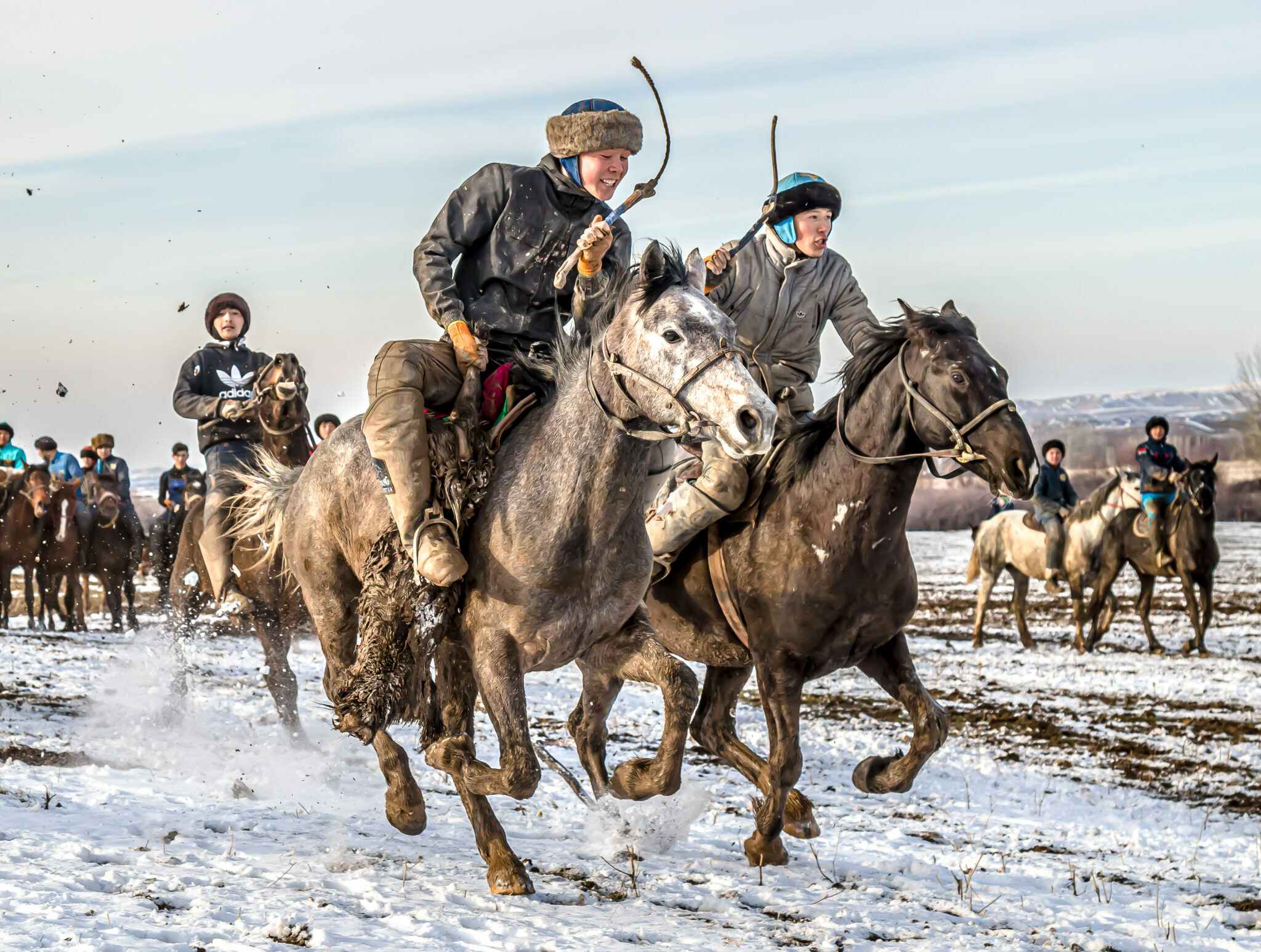 Breed origin: The Kazakh horse dates back at least as far as the 5th century, when it already had a large population. Its ancestors were wild horses of the steppe, but the breed was later refined and selectively bred by the Kazakh people, who primarily live in Kazakhstan, but can also be found in parts of China, Mongolia, Russia and Uzbekistan. It is closely related to the Mongol horse and was also influenced by breeds such as the Akhal Teke, Arabian and Karabair. Since the 20th century, the Kazakh horse has had its once carefully-guarded bloodlines diluted somewhat with infusions of Don, Orlov Trotter and even Thoroughbred blood. Two main types of Kazakh horse exist today: the Jabe (sometimes called the Dzhab) and the Adaev. The Jabe developed in the south-east region of Kazakhstan before spreading all over Kazakhstan and beyond. As well as being a useful riding horse, it produces high quantities of milk, which is a staple of the traditional nomadic Kazakh diet. It also fattens quickly, making it a good source of meat (horses are highly revered in Kazakhstan and they are eaten out of respect and admiration, with their meat said to possess numerous almost-magical qualities). The Adaev type is much leaner and is more often used for riding and racing.

Distinguishing features: Averaging around 14 hands high, Kazakh horses generally look like a more elegant version of the Mongol horse. They are known for their hardiness and stamina, living through the harshest winters imaginable with no protection or additional feed. They can cover long distances with ease, although their short stride results in jolting paces that can be uncomfortable for the rider. The Jabe type has a straight back, well-muscled croup, well-set, strong legs, a wide body and a deep chest. It has a thick neck, an unrefined head and thick skin beneath its fluffy coat. Jabe horses are remarkably heavy for their size and mares can yield up to 20kg of milk per day! The Adaev type is a lighter horse with the same straight back, but more clean-cut conformation. It has a more refined head, a longer neck and more pronounced withers. Due to problematic management (and potentially crossbreeding with lighter, taller breeds) some Adaev horses have an unfortunately narrow chest and not enough bone. Although many colours are seen among Kazakh horses, the most common are bay, brown, chestnut, grey, black and dun.

Modern day Kazakh: Today, the Kazakh horse population sits above 300,000, with most found in western Kazakhstan, where they are used for everything from herding to eagle hunting to dating rituals! They are also an important source of milk and occasionally meat, sustaining the nomadic Kazakh people year-round. The Kazakhs revere them, and they are a vital part of their cultural identity. The spring festive rites that mark the start of the breeding season have been added to UNESCO’s Representative List of the Intangible Cultural Heritage of Humanity.