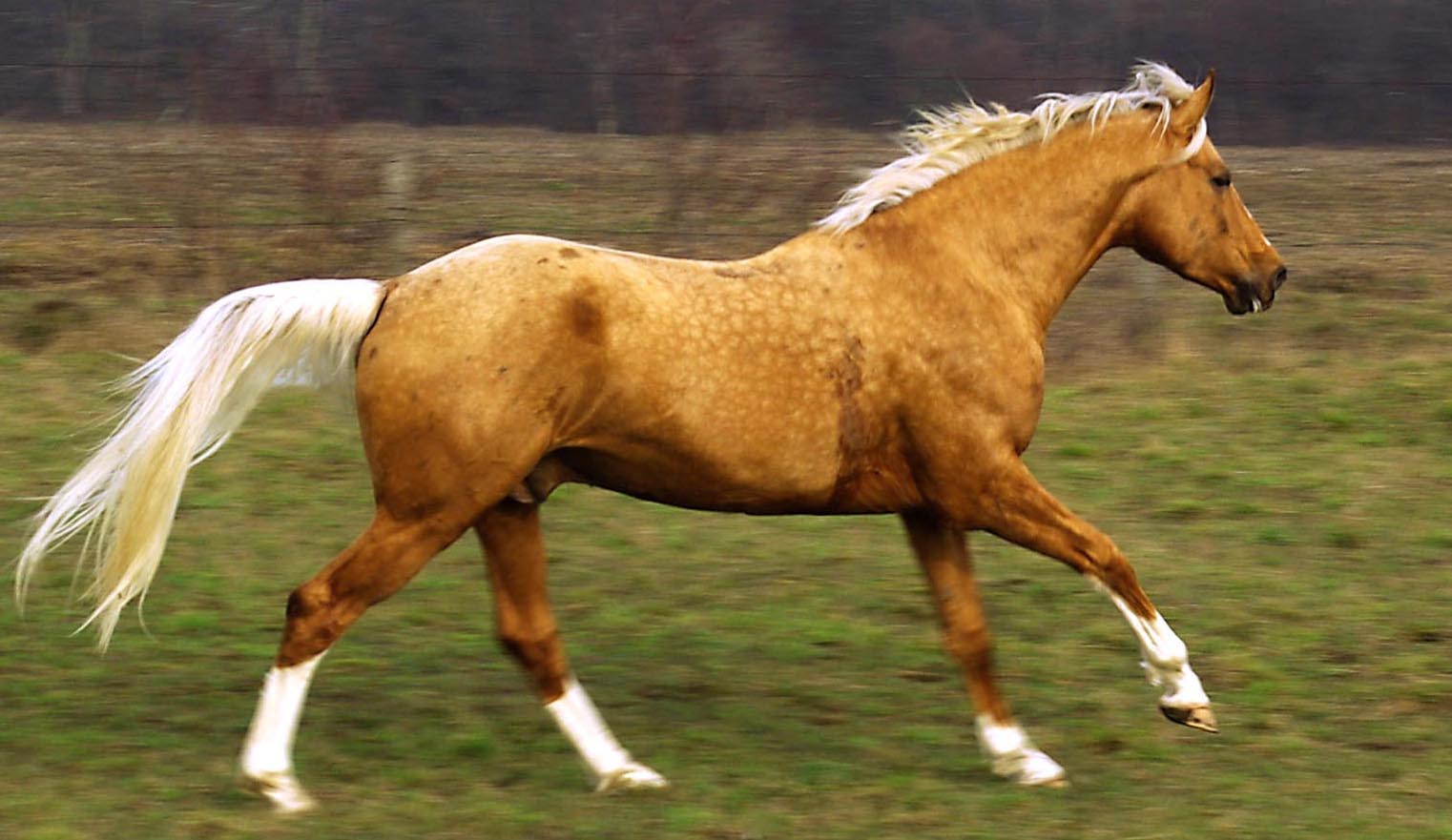 Breed origin: The origin of the Kinsky horse is a legend in itself. The story goes that over a thousand years ago, a Bohemian princess was travelling through the country when she and her entourage were attacked by wolves. A young man came to their rescue, killing three of the wolves and saving the princess. The king was so grateful to the young man that he knighted him, giving him a coat of arms featuring three golden wolves’ teeth. The knight became the founder of the Kinsky family, which still bears the same coat of arms today.

In the middle ages, Bohemia was an extremely powerful nation and needed a fine cavalry horse to serve its army. The Kinsky family became known for their superior horses, with the first written mention of the Kinsky horse dating back to 1461. The family founded their stud in 1516 to provide high-quality cavalry horses, and were so successful that they were given the title of Count in 1628. From then onwards, the Kinskys frequently received orders from the Emperor to provide mounts for the cavalry and the Royal Family. A 16th-century infusion of English Thoroughbred stallions resulted in the breed’s frequently golden colouring. They became sought-after throughout Europe when Countess Kristina Kinsky made her entrance at the 1814 International Congress in Vienna riding a golden Kinsky.

As the demand for cavalry mounts slowly lessened, Kinsky horses became popular carriage and sport horses. Fox-hunting and steeplechasing were introduced to Bohemia by Count Oktavian Kinsky in the 19th century, shortly after he founded the Kinsky stud book in 1832. Naturally, Kinsky horses excelled at both sports. To test them further, the Count founded the European Grand National steeplechase. Based on the English Grand National, the European Grand National (now known as the Pardubice) was longer and more challenging – even today, it is regarded as Europe’s most difficult race. Naturally, Kinsky horses took to it like ducks to water, winning and placing frequently.

The Kinsky family and its horses suffered some hard blows at the hands of the Soviets in the 20th century. When Czechoslovakia was formed in 1948, the family estates were confiscated by the USSR, the herd dispersed, and most of the family forced into exile. Luckily, one Count was allowed to remain at the stud for several years with what remained of the herd. The Kinskys continued breeding and competing their horses in exile until the end of the Soviet occupation in 1989, when they could return to their lands and revive the Kinsky breed. Today, the Kinsky horse is legally protected by the Czech Republic and their number has risen to just under a thousand registered horses. Interest in the breed is strong throughout Europe, and a stud has even been established in the U.K.

Distinguishing features: Kinsky horses are best known for the metallic sheen in their coats, which can be all shades of gold, brown, bay and chestnut, with the very occasional black Kinsky. The golden colouring is caused by the cream dilution gene. Kinskys are good-natured and loyal, forming strong bonds with humans. They are intelligent, trainable, curious and courageous. Standing 15.2-17 hands high, they have a sturdy build with a fine, narrow head, a strong neck, well-sloped shoulder, short back, powerful quarters and strong, straight legs. Their athleticism and stamina makes them extremely versatile.

Modern day Kinsky: Europe’s oldest sporthorse breed, Kinskys excel at dressage, showjumping, hunting, cross country, steeplechasing, eventing and polo, to name but a few. They are also used as carriage horses and as police and cavalry mounts. The people of the Czech Republic regard ‘Equus Kinsky’ as a national treasure.