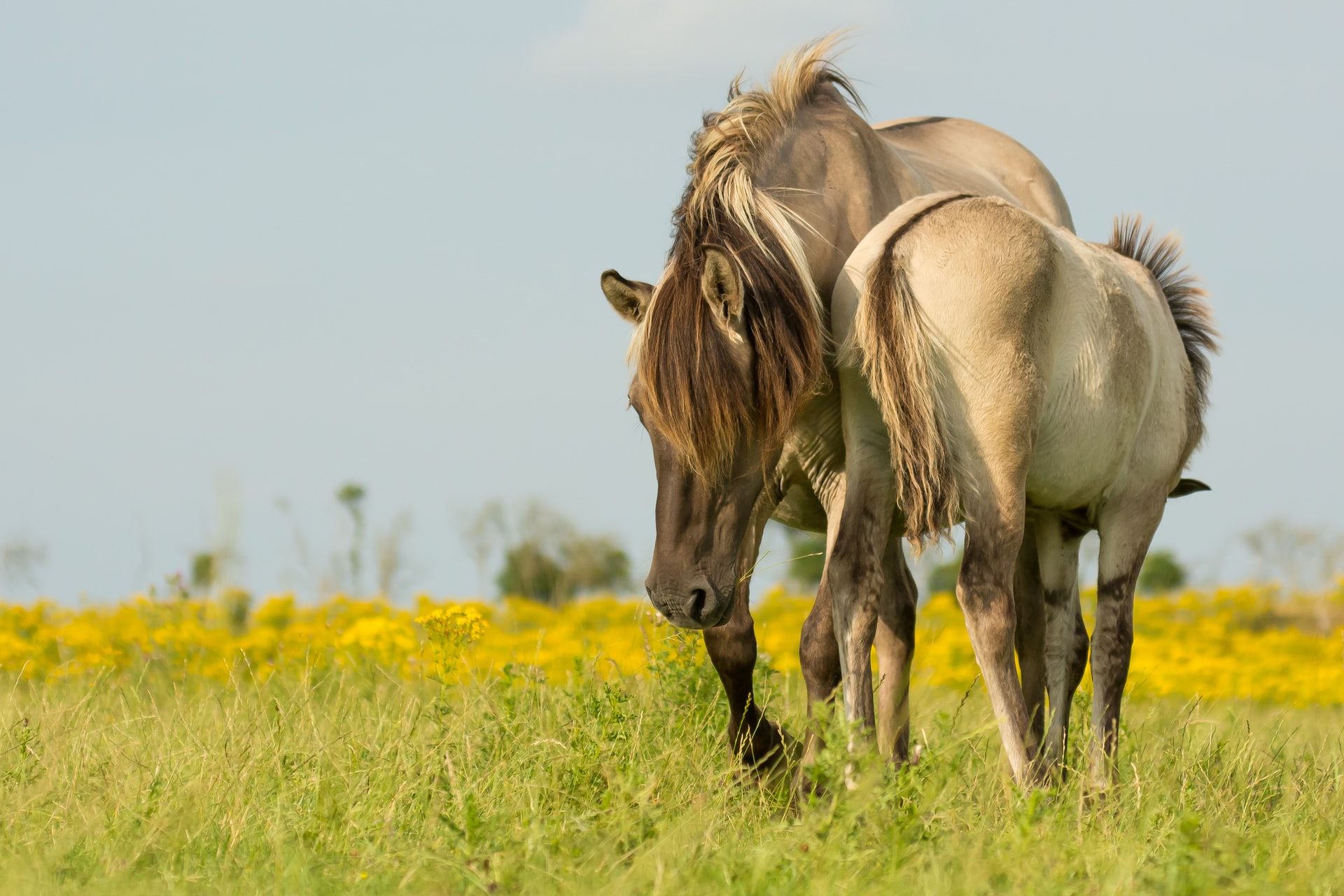 Breed origin: The word ‘konik’ is a diminutive of the Polish word ‘kon’ which means ‘horse’. This small, semi-feral horse is a highly unusual breed which directly descended from the Tarpan, the wild European forest horse that was hunted to extinction in Britain in Neolithic times.

During the First World War, the Russian and German troops called these horses ‘Panje Horses’ and used them to transport various materials. In 1923 the term ‘Konik’ was coined by Tadeusz Vetulani, an agriculturalist from Krakow and it became the common name for the breed. Over the next decade, several public and private studs were created to conserve the breed and in 1936, Vetulani opened a reserve for the horses in the Bialowieza Forest with the main objective being to expose the horses to the natural conditions thus restoring their original characteristics. Even though his experiment was widely known, it had very little impact on today’s Konik population. WWII marked the end of Vetulani’s breeding project and his stock were moved to Popielno, where they lived in semi-feral conditions until Popielno became the breed’s main stud in the 1950s.

Most recently, conservation grazing projects throughout Europe and the UK have used the Konik horses for wetland grazing projects. The former habitat of Tarpan was marshy woodland where their grazing activities helped create ideal living conditions for a host of associated wildlife such as rare geese, spoonbills, and more, and today’s conservationists are working to the same theory in order to preserve some of the precious natural reserves in the area.

Distinguishing features: With a quiet, calm and gentle personality, the Konik most commonly has a blue dun coat, often colloquially called ‘mouse-gray’. They are strong and sturdy ponies with well-proportioned bodies and deep chests.

Modern day Konik: Despite being bred specifically for draught work, their small stature and excellent temperament make them an ideal children’s mount.