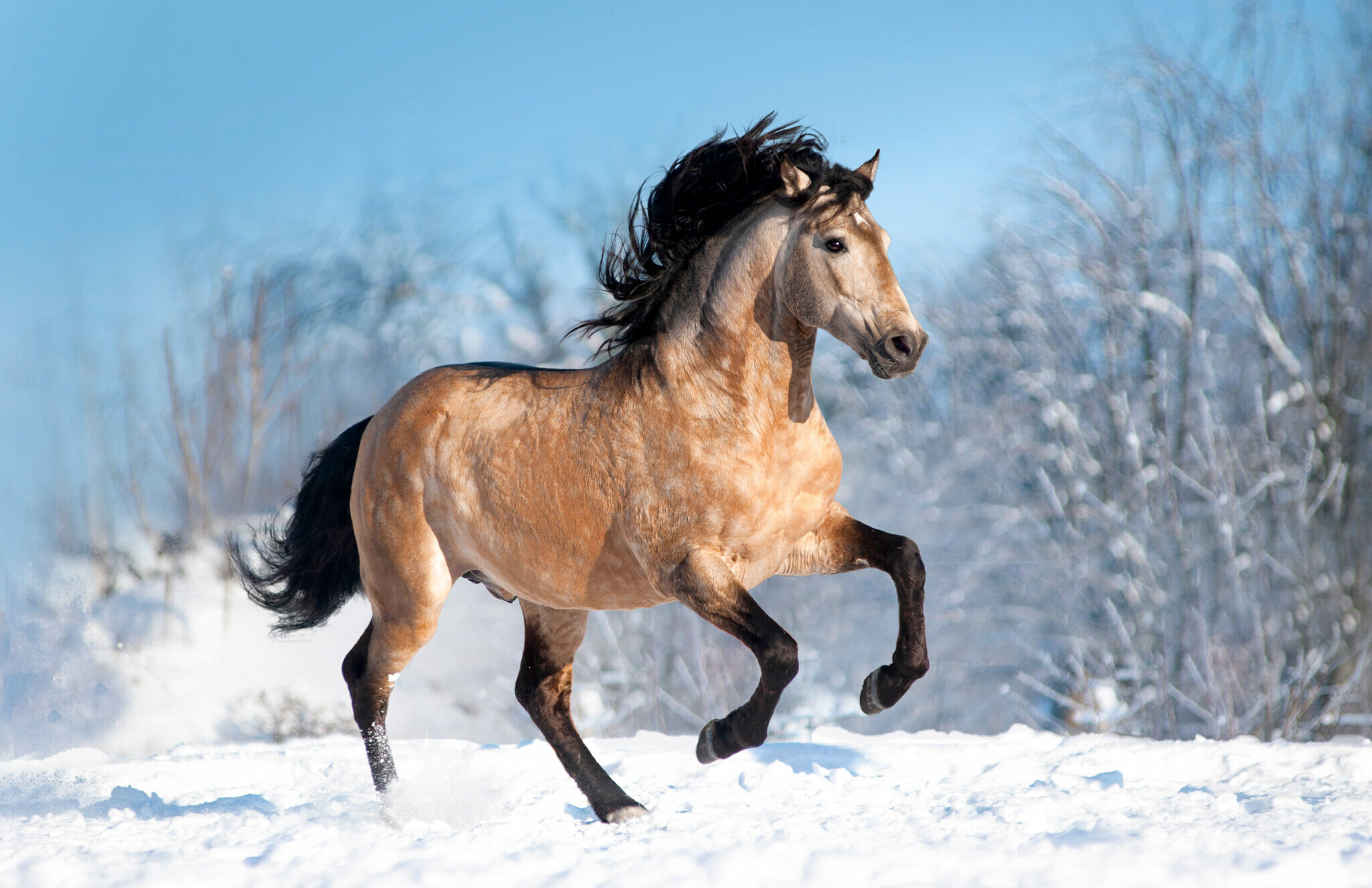 Breed origin: The Iberian Peninsula, which now sits within Spain and Portugal, has been populated with horses since 20-30,000 BC. Known as Iberian horses, they were influenced by horses from many other parts of the world as civilisations rose, fell, traded and migrated. By 800 BC, the Iberian people were renowned for their war horses, and their horsemanship was legendary. Iberian horses were known as ‘Sons of the Wind’ and some believe that the bond between these horses and riders inspired the myth of the Centaur! When the Roman Empire conquered parts of Iberia, they were highly impressed with the Iberians’ style of equestrian warfare and set up stud farms where Iberian horses and equitation were developed for the cavalry. Then from the 8th to the 15th century AD, Moorish invaders from Morocco and Algeria dominated the Iberian Peninsula and brought their horses with them – mostly Barbs, although some had oriental bloodlines. The Iberian gave more strength to the Barb, while the Barb brought the Iberian to new heights of refinement, docility, agility and beauty.

The Iberian horse was now the perfect all-rounder, equally at home on farms and in the royal courts. As it spread throughout Portugal and Spain, several distinct types developed which eventually evolved into modern breeds such as the Lusitano, Andalusian and Menorquín. While all of these breeds bear the stamp of their shared ancestry, the Lusitano is considered the closest to the original Iberian horse. Prized above all else by the Portuguese, the Lusitano accompanied its people to South America. Here it proved invaluable as the settlers learned to survive and thrive in the New World. Some Lusitanos escaped or were lost, breeding with other wild horses to create the Criollo and the Spanish Mustang; they were also used to develop the Mangalarga Marchador, which is still favoured by Brazilian gauchos.

Meanwhile, in Europe, the art of riding and equine warfare had transformed into classical dressage. The Iberian horse – not yet distinguished into today’s separate breeds – was considered the superior mount for this purpose, being both spirited and gentle, strong and refined, intelligent and obedient. It was frequently used to improve and develop other breeds, and there was quite a lot of interbreeding between the Iberian horses of Spain (later to become Andalusians) and those of Portugal. In Portugal, the breeding focus was balanced between dressage, cattle work and mounted bullfighting. In Spain, on the other hand, more emphasis was placed on producing horses with elevated, flashy movements after mounted bullfighting was banned. Portugal’s Iberian horses consequently became better known for their strength and bravery.

In the 19th and 20th centuries, some heavier breeds were introduced to increase the height and pulling power of the Iberian horse, but the result was a decline in quality rather than an improvement. Luckily, the Iberian’s millennia-old genetic foundations proved too strong and the only long-lasting effect was an increase in height.

By this point, all Iberian horses were known as Andalusians, since the Spanish region of Andalusia was a well-known horse breeding area. One studbook was also used for all of these horses until the mid-1960s, when the studbook was split and two breeds were finally officially recognised. The Spanish horse kept the name Andalusian, while the Portuguese horse was named after the ancient Roman name for the region that is now Portugal: Lusitania. In the years since, the Lusitano has become a symbol of Portuguese national pride.

Distinguishing features: Lusitanos are a ‘baroque’ type of horse: proud, elegant, agile and well-muscled, with an arched neck, powerful hindquarters and tremendous presence. They are intelligent, courageous, loyal, docile and eager to please. They have a narrow, well-proportioned head with a sub-convex profile and expressive, almond-shaped eyes. Their strong neck leads to well-defined withers, which sit higher than their rounded, sloping croup. Lusitanos have a deep, broad chest, well-sloped shoulders, a short, strong back and muscular loins. Their legs are strong, straight and dry and their hooves are very tough. Their gaits are agile and elevated, yet smooth and comfortable for the rider. Their conformation gives them a natural ability to collect, which is essential for classical dressage.

Lusitanos have thick, silky manes and tails that grow very long. Their coat can be any solid colour, although they are generally grey, bay or chestnut. Dilute colours such as buckskin and palomino are also seen. It is common for grey Lusitanos to be born black or bay and turn white with age, a trait that harkens back to Roman times, when Camargue horses were brought to the Iberian cavalry studs.

Modern day Lusitano: Today, Lusitanos are used for many purposes, from the traditional disciplines of cattle work and dressage to modern pursuits such as working equitation. They are often seen at the Olympics and other world-class events competing in dressage, combined driving and even show jumping. In 2006, the entire Portuguese dressage team rode Lusitanos at the World Equestrian Games! The Belgian Brasseur took the gold medal in four-in-hand driving at the same competition with a team composed solely of Lusitanos.

Lusitanos are also still used for mounted bullfighting, in a form where the bull is not killed and it is considered a disgrace to the rider if the horse is injured. The breed’s intelligence, bravery, agility and obedience makes it uniquely suited to this challenging form of combat.