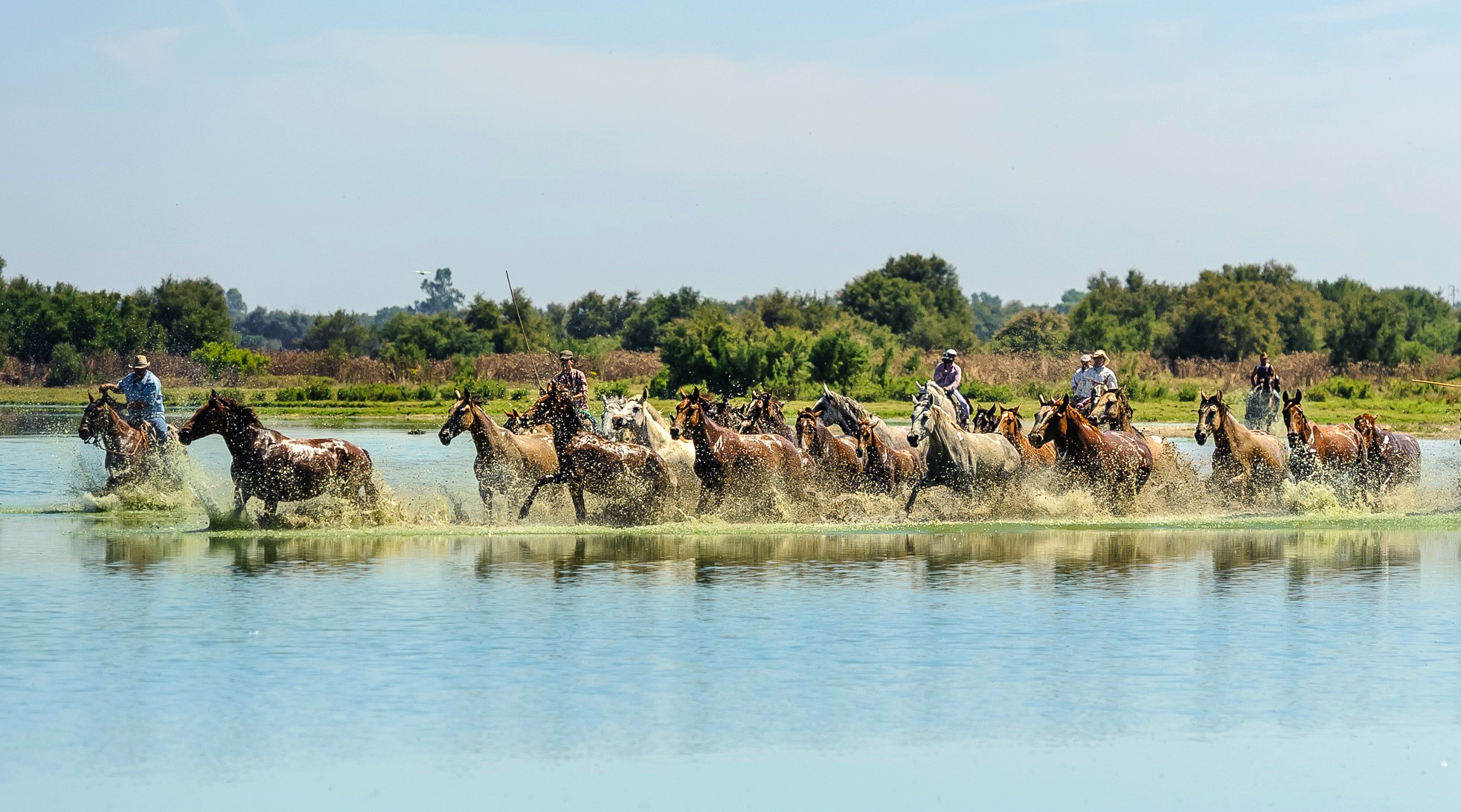 Breed origin: The Marismeño is an endangered breed, and one of the oldest in Europe. It is native to the marshlands of the Guadalquivir River in Andalusia, Spain. Current populations exist mostly within the Doñana National Park, a 543 km2 nature reserve of marshes, sand dunes and shallow streams. The Marismeño’s ancestors were the primitive Iberian horses that lived in the area as long ago as 20-30,000 BC. These horses had many influences as civilisations came to and from this bustling region of Spain, including the Celts, Romans, various Germanic tribes and the Punics and Moors (both from northern Africa). As a result, the Marismeño and other Iberian breeds (such as the Andalusian, Lusitano, Menorquín and Sorraia) share many similarities with the Barb horse of northern Africa.

The horses of the Guadalquivir marshes have traditionally been managed and handled by local cattle farmers, and are an integral part of the region’s cultural identity. They are some of the oldest ‘cow horses’ in the western world, and the cattle handling practices employed by the farmers in this area are considered a true ‘ancestor’ of the practices of the American cowboy. The Association of Cattle Breeders Marismeño plays a huge role in preserving the Marismeño horses, which were only recognised as a breed in 2003. The modern studbook was only established in 2012! Each year in June, the La Saca de las Yeguas (‘Out of the Mares’ festival) sees these horses make the sacred pilgrimage from Doñana National Park to the town of Almonte before being paraded through the nearby hermitage of Rocio. During this festival, the horses are blessed by a priest, and the farmers sort the mares into pens according to their owners. This allows them to check on the condition of their horses and tend to them as needed. With only around 1000 dams and 20 sires, the breed is in danger of extinction and inbreeding is a serious risk. However, the Marismeño has managed to retain great genetic diversity thanks to its wild life on the marshes and, in part, recent organised breeding efforts.

Prior to the breed’s recognition and recovery in the 21st century, there had been decades of attempted cross-breeding with Thoroughbreds and Andalusians to increase the height of the Marismeño. However, these non-native breeds did not thrive in the marshes, where the horses receive no additional food or veterinary care, as per the National Park guidelines. To regain the breed’s toughness, these cross-bred horses were again crossed with especially well-adapted horses, leading to the development of a type that retained many features of the original native horses combined with other characteristics that make it better-suited to riding and cattle work. Despite this recent infusion of outside bloodlines, genetic studies show that the Marismeño remains uniquely adapted to the marshlands in which it lives and quite distinct from its closest relatives, the Andalusian and the Retuerta.

Distinguishing features: The features of the Marismeño are similar to those of the Andalusian and other Iberian breeds. They stand around 14-14.3 hands high and display a huge variety of colourings, although solid colours are the norm. They have a straight head and a strong build with a broad chest, sturdy but fine legs, wide hooves and powerful quarters. They are renowned for their work ethic, intelligence, courage, adaptability and astounding hardiness.

Modern-day Marismeño: Most Marismeño horses live wild in Doñana National Park. However, every year there is a round-up, and those that the owners select to bring in from the wild are used in a variety of disciplines, most notably cattle work. There are currently just over 1,200 Marismeños registered in the studbook, making them an endangered breed. Their future depends on the continued existence of their native marshlands.