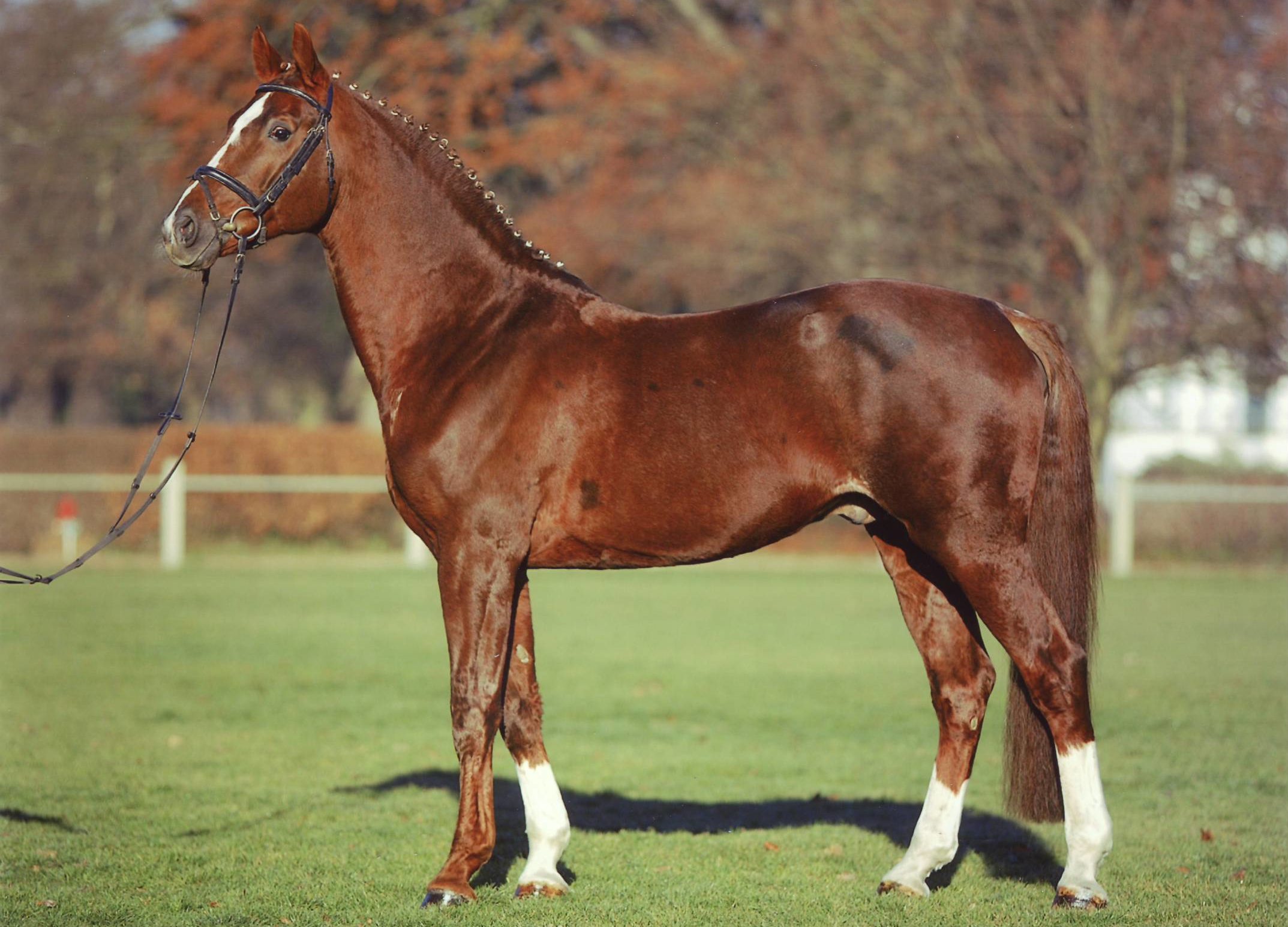 Breed origin: In the 16th century, the northeast German region of Mecklenburg-Vorpommern was under the rule of the House of Mecklenburg, and within this region a particular type of horse began to develop. It was not a draught horse, or a Thoroughbred, or an Arabian; it was something in between, a functional steed capable of serving as a carriage horse, plough horse, everyday saddle horse and cavalry mount. Unsurprisingly, the breed was named after its native land and the Mecklenburger eventually earned quite a name for itself. But first, it had to undergo a few transformations.

The Royal Principal Stud and the State Stud of Redefin were both founded in the early 19th century and their stock was distinguished by the influence of the Arabian and the Turkoman (today’s Akhal-Teke). To this ‘oriental’ type the studs added a generous helping of Thoroughbred blood, enhancing its elegance, height and speed. These horses were greatly admired and some became foundation stallions for the Hanoverian breed. Unfortunately, the Thoroughbred influence was taken too far and by the middle of the century, the Mecklenburger had lost some of its strength, soundness and longevity. In an attempt to correct this, breeders brought draught horse stallions into mix, but rather than fortifying the breed, this resulted in the loss of the original type. To regain the original warmblood type, Hanoverian stallions were rapidly interbred. Because of the resulting genetic crossover between the Mecklenburger and the Hanoverian, there are many clear similarities between the two breeds, which are both lighter than other German warmbloods such as the Oldenburg and Holsteiner.

In the early 20th century, the Mecklenburger was still used for carriage driving, riding and ploughing. The advent of mechanisation and the two World Wars saw the breed become simultaneously lighter on its feet and heavier-built. Horses with calm temperaments were also favoured. In 1945, there were 151 Mecklenburg stallions at 44 breeding stations. The stallions serviced huge numbers of mares, first to produce horses for pulling artillery wagons and later to produce farm horses. Then, in the 60s, the need for working horses decreased significantly. In order to stop the Mecklenburg from fading out of existence, breeders turned their efforts towards the rapidly growing market for saddle horses. This was a great success and by 1987, 100 state-owned stallions served Mecklenburg. Due to the breed’s increasing popularity, the state-owned mares were sold to the public.

Distinguishing features: Mecklenburgers are easy to spot thanks to the brand on their left hip: the letter ‘M’ beneath a stylised crown. They are generally bay, chestnut, black, brown or grey. Standing between 15.3 and 17 hands high, they have a typical warmblood build: strong-boned, middle-weight, muscular and athletic. In Germany, the Mecklenburger is known as a ‘noble’ warmblood, which denotes its Arabian and Thoroughbred bloodlines and its specialisation as a riding horse. The breed has a well-proportioned body with a deep chest, long and sloping shoulders, pronounced withers, a strong back and a muscular, well-sloped croup. Mecklenburgers have a refined and expressive head and a tapering neck, which combined with their long legs gives them a very elegant appearance. Their temperament is lively yet obedient and they are easy to train for a vast range of disciplines.

Modern day Mecklenburger: Mecklenburgers are world-class sport horses and can be seen competing in show jumping, dressage, eventing, driving and show hunting. They are also excellent pleasure mounts for intermediate to advanced riders.